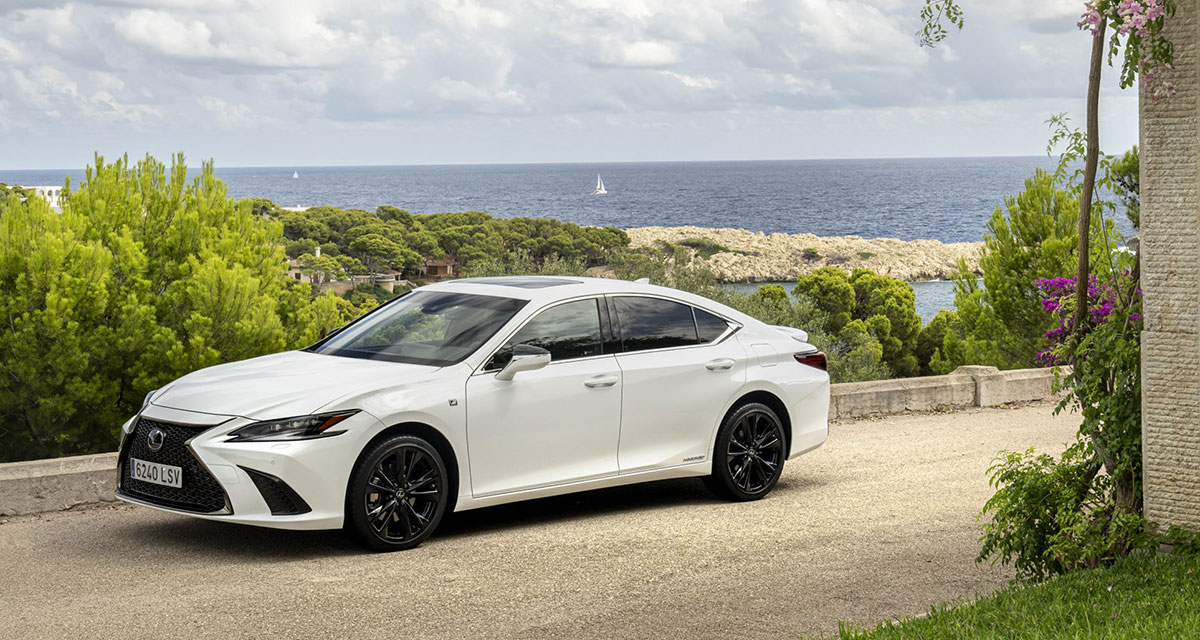 Jeremy Clarkson has reviewed the Lexus ES 300h for The Sunday Times:

The Lexus ES Something or Other. As recently as five years ago I’d have dismissed it as dreary and as boring as a weatherman’s trousers. But that was then and this is now and in the current climate this Prius in a businessman suit is actually not bad. It’s not fast. It’s not even on nodding terms with the concept of speediness, mainly because it uses an internal combustion engine that was designed by a man called James Atkinson, in England, in 1882.

To drive, then, the Something or Other is very boring indeed. But crikey it’s comfortable. There’s a button that makes it less so but no one will ever push that. Not in Oxfordshire at least, where the council hasn’t knowingly mended a pothole since the war. It’s also quiet and well priced and, because it’s a Lexus, it’s extremely well put together. Panel gaps and shut lines are so tight, it beggars belief that such precision is possible.

(As with The Sunday Times, this story is behind a paywall — however, a kind soul has posted the full review on Reddit.)

His review is spot on about the ES. It blends in with the background, comfy and purpose built. If you need a no hesi mobile you need to look at something else.
S

The ES may be invisible to go-quickly enthusiasts but by no means is it invisible to the normal buyer on the street. When I still had my ES 300h, I received many sincere compliments on my "nice car". It was recognized as a Lexus and they recognized Lexus as an aspirational brand.
L

ES could be instantly "fast" if the I4 had a turbo, a feel "sure footed" if it had fAWD.

While I respect Clarkson's view, having looked and at driven all of the ES versions to date, I still think that the 4th-Generation ES300/330 (2002-2006) was far and away the best. Each one, since then, IMO, has dropped in the quality of the sheet metal, solidness of the materials used, interior plushness, and overall ride-comfort/quietness. The 4Gen was truly an impressive product.

Levi said:
ES could be instantly "fast" if the I4 had a turbo, a feel "sure footed" if it had fAWD.
Click to expand...

The ES is not supposed to be a sport sedan....that's what the IS is for. That's partly what's wrong with today's ES....they forgot what the car was supposed to be all about, which the superb 4Gen clearly did best.
L

mmcartalk said:
The ES is not supposed to be a sport sedan....that's what the IS is for. That's partly what's wrong with today's ES....they forgot what the car was supposed to be all about, which the superb 4Gen clearly did best.
Click to expand...

IS 300 has the same slow accleration as ES 300h. Faster acceleration does not make a car "sport" by definition. See Mercedes S580 4Matic.

Levi said:
IS 300 has the same slow accleration as ES 300h. Faster acceleration does not make a car "sport" by definition. See Mercedes S580 4Matic.
Click to expand...

The IS, though, has a more-balanced RWD chassis suitable for sharp handling than the FWD ES. That alone, regardless of the power level, makes it more of a sport sedan.
T

I got an ES300h as a loaner when my IS300 fsport (2L turbo) was in for a service. And boy was I pleasantly surprised. Not only is the drivetrain just brilliant, the car itself was quiet, comfortable and had the instant torque and responsiveness my IS just doesnt have. It handled like a boat though. It felt huge and drove like it was even larger than it was (turning circle is atrocious compared the IS). Would I trade in my IS for the ES? No i would not. There's something about the RWD that just makes handling and driving such a joy. However, I am very pleasantly surprised by how well the ES drove (relatively) and just how good the drivetrain was. It felt quick too...I mean it didnt have the ultimate power of the IS but off the line and 0-60km/h it sure has the IS beat I reckon. 0-100km/h though it did feel a lot slower.

After driving the ES300h, I feel that I am ready to ditch only ICE now if I had to. I'd miss it sure. But the ES300h hybrid was such a great experience. Heck I'd even consider a BEV now that I've felt what driving on EV is like (albeit at low speeds). I do not doubt ICE is more involving and engaging. But boy hybrid and BEV sure comes close.

So yeah give me a RWD or even AWD ES, give it 20 more kw, tighten the turning circle and make the car a smidge smaller (or at least sharpen the drive so the car doesnt feel large). And i'm sold!
You must log in or register to reply here.
Share:
Facebook Twitter Reddit Email Share Link
Driving the NX 450h+