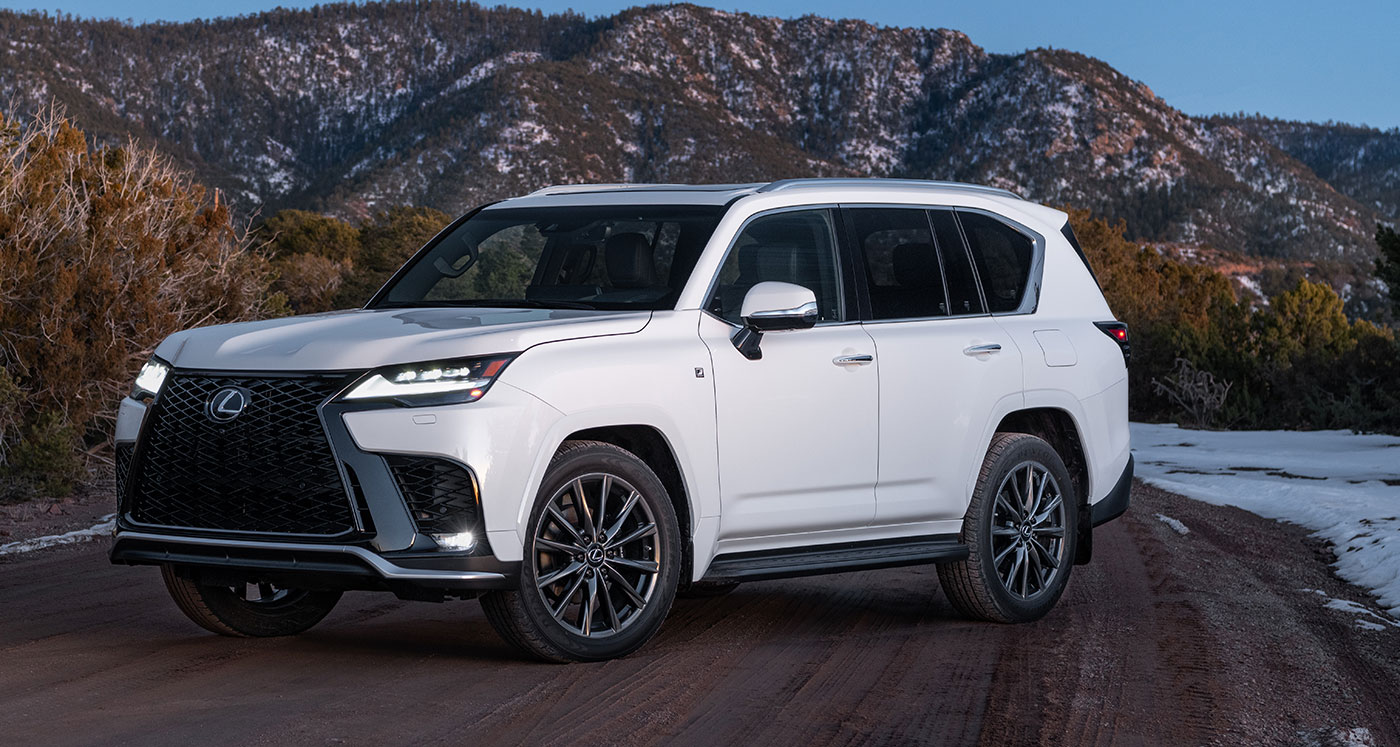 With us here at Lexus Enthusiast unable to drive the new LX 600 due to COVID border restrictions, we instead turn to other media outlets for a view at the new Lexus SUV flagship. Let’s start with our pal Kirk Kreifel’s video review:

Motor Trend was impressed by the LX overall, but questioned some of the package configurations:

The fourth generation of the luxury brand’s SUV flagship expands to five trim levels, but Lexus may have stretched itself a bit thin in its bid to appeal to a wider swath of potential buyers.

Lexus said one reason some seemingly obvious amenities are not available in the first model year is to let the new 2022 Lexus LX600 get out of the gate. Lexus officials will continue to gather feedback from LX600 customers to help guide future upgrades. We’ll go out on a limb and say greater availability of captain’s chairs will make the list. Additionally, giving drivers of a $130,000 vehicle a massaging seat and wireless charging, while adding power sunshades—and a remote and Bluetooth headphones for VIP passengers—are good ideas for the suggestion box.

Alex on Autos turned out another informative review in his trademark style:

Road & Track found the on-road performance to be lacking:

The LX’s body control is borderline goofy. You don’t even need to drive it aggressively: Simply bending it into a sweeping curve, accelerating to pass a trundling truck, or slowing for a short off-ramp will bring spring-horse body motions. I get it. This is a high-clearance vehicle, built on a platform designed for serious off-road performance. I’m not saying it should corner like a sports car, and to its credit, the Lexus feels light for its size, never out of control. But the pitching and rolling motions will have you slowing down long before you even hear a whimper from the tires. This vehicle does not encourage you to break the speed limit.

Car & Driver likes the tune of the twin-turbo V6:

We’re also fans of the twin-turbo 3.4-liter V-6 and its 409 horsepower and 479 pound-feet of torque, which amounts to 26 more ponies and 76 more pound-feet than the 5.7-liter V-8 it replaces. This engine pulls hard but remains smooth, with none of the old powertrain’s occasional initial lurching, thanks to peak torque that arrives 1600 rpm sooner and more progressive throttle tip-in. Gearchanges are smooth, and even though this is a 10-speed, there’s no excess gear shuffling.

This powertrain is also far more economical, with EPA estimates of 19 mpg combined, 17 city, and 22 highway, easily exceeding the outgoing setup’s dismal 14 mpg combined. It can also pull a fair bit, with a new higher tow rating of 8000 pounds. 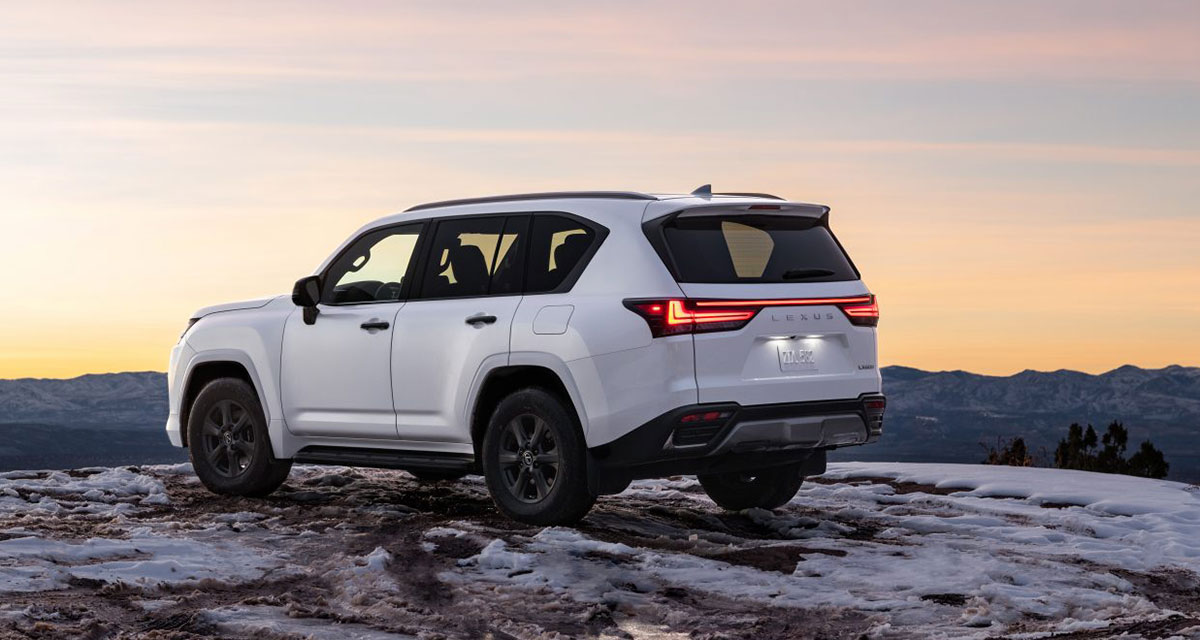 The new LX, on the other hand, feels much sharper. It’s still not what I’d call fun to drive, but it’s certainly more enjoyable. You still feel its body-on-frame bones, but they’re fresh bones. You still get a lot of body roll in the corners, but it’s a refined, controlled kind of body roll, if that makes any sense. Similarly, it still feels big and wide, but it’s pretty easy to drive and park once you get used to it.

On the highway, I’d even go so far as to call the new LX great. The cabin is quiet and isolated, and the engine has plenty of torque, making it an incredibly comfortable luxury cruiser. Just keep an eye on how fast you’re going because it’s almost too easy to blow past the speed limit without realizing it. Are you going 55 mph or 80 mph? The speedometer will tell you, but the rest of the car prefers to keep it a mystery.