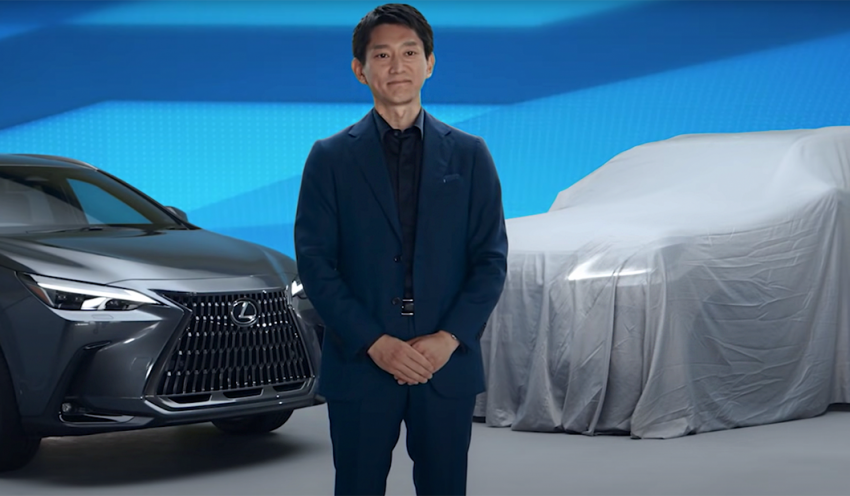 During the recent reveal of the 2022 NX Crossover, depending on which live stream you watched, some viewers were treated to something special: A teaser of what is likely the next generation LX.

At the end of the presentation, Hiroo Togashi, general manager of Lexus Global Brand Management, stands in front of the new NX and another, larger SUV that was covered by a sheet. Pointing to the covered SUV, Togashi says, “We have another product reveal coming later this year… who knows… we may even have a different kind of surprise as well, so stay tuned.”

Since most of Lexus’ SUV lineup will be redesigned soon, the vehicle under the sheet could be anything: the next generation RX, the rumored TX, a new GX or indeed the new LX. Looking at the upright proportions and some of the details – like grille shape and LED daytime running lights – it does seem most likely that it’s an LX. In fact, some have speculated that it’s actually a current generation LX 570 under that sheet, and that case certainly seems plausible. But would Lexus put a current product under a sheet when referencing a new one? Maybe so.

Here is the full press conference. Skip to the 7:00 time mark to see the mystery SUV and Togashi’s comments.

An LX prototype is out in California for testing, and Motor1 has some crystal clear photos.
Kevin · September 1st, 2021
Next-Generation Lexus LX Spotted!