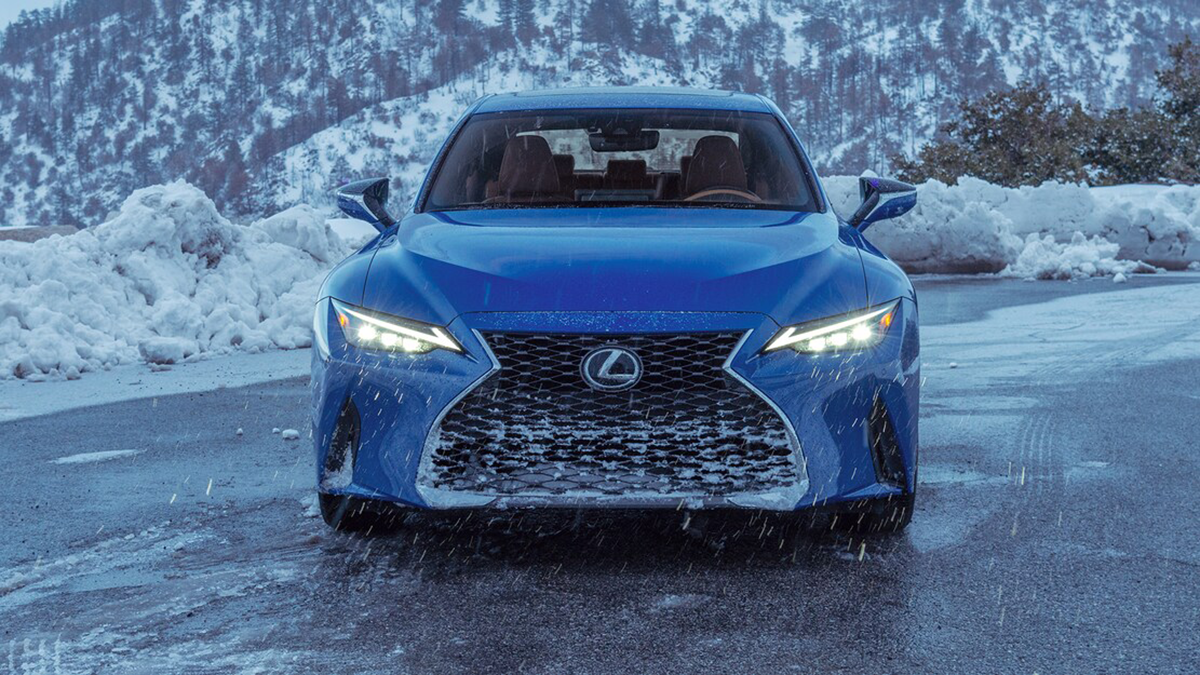 Motor Trend recently got its hands on a 2021 IS 300 AWD for a full review of the updated all-wheel drive sedan. The review was very positive and came with some surprises.

Interestingly, the IS 300 AWD was just within a photo finish of the IS 350 F SPORT’s performance figures, warranting the question of just how detuned it’s 3.5L V6 may be in comparison to it’s more performance oriented, RWD brother.

The IS 300 AWD has long puzzled some buyers and automotive enthusiasts, as it fits between the RWD IS 300 with a turbocharged 2.0L four cylinder and RWD IS 350 F SPORT with a 3.5L V6. Lexus allegedly detuned the 3.5L V6 in the IS 300 AWD for all-traction duty and to pair with the six-speed automatic, but the performance numbers prove that the IS 300 AWD might be the best performance value in the IS lineup.

A close study of the acceleration charts calls into question the degree of “detuning” that really happened on our test car’s engine. The all-wheel-drive traction off the line gives the IS300 a clear advantage below 20 mph, but the fact that the IS 350 isn’t able to clearly pull ahead until about 70 mph despite gearing that’s about 9 to 11 percent shorter in the first three gears, and a weight-to-power advantage of 2.8 pounds per horsepower (12.2 versus 15.0) suggests those engine output figures are seriously “conservative.” If they all run as strong as this one, there’s no significant penalty to pay if you pick the lower-spec AWD IS—at least, if you don’t have a line of credit to support the purchase and subsequent care and feeding of the forthcoming V-8-powered IS500.

The IS 300 also compared favorably with the BMW 330i xDrive, Mercedes C300 and even the Alfa Romeo Guilia Q4.

The result is a wizened sport sedan that’s surprisingly good to spank down a canyon—or around our figure-eight test loop. In the hands of our capable hotshot and road test editor Chris Walton, the IS300 AWD cut through the aforementioned figure -eight in 25.9 seconds at an average of 0.70 g, which whups that BMW 330i xDrive by 0.7 second and 0.04 g. The surprises don’t stop there; against a 2020 Alfa Romeo Giulia Q4 that we tested last year, the supposedly dowdy Lexus bests the driver’s favorite Italian by 0.8 second and 0.04 g. Line up the Lexus, Bimmer, and Alfa on the skidpad, and the IS300 AWD’s 0.88-g average falls to the Bimmer’s 0.91-g average but stomps the Alfa Romeo’s 0.84-g average. All this without the hotter IS350 F-Sport’s optional adjustable dampers, Torsen limited-slip rear diff, and summer tires.

Check out the full review at Motor Trend.

The touchscreen is here, but the TVD option has been discontinued.
Kevin · January 11th, 2023
View thread (4 replies)
H

I wish the IS300 had a F Sport package available and/or darker wheel choices. Upgrading to the IS350 doesn’t seem worth the extra you pay when the performance is so similar.
S

The base IS 300 RWD model, however, is not available with any optional packages.

The only option package for the top-trim IS 350 AWD model is the FSport Series 3.
H

The base IS 300 RWD model, however, is not available with any optional packages.

The only option package for the top-trim IS 350 AWD model is the FSport Series 3.
Click to expand...

What options are available on your ultra luxury packages?
Do you get power steering wheels, folding mirrors?
S

Horus468 said:
What options are available on your ultra luxury packages?
Do you get power steering wheels, folding mirrors?
Click to expand...

Yes. This is what is available on Ultra Luxury package.