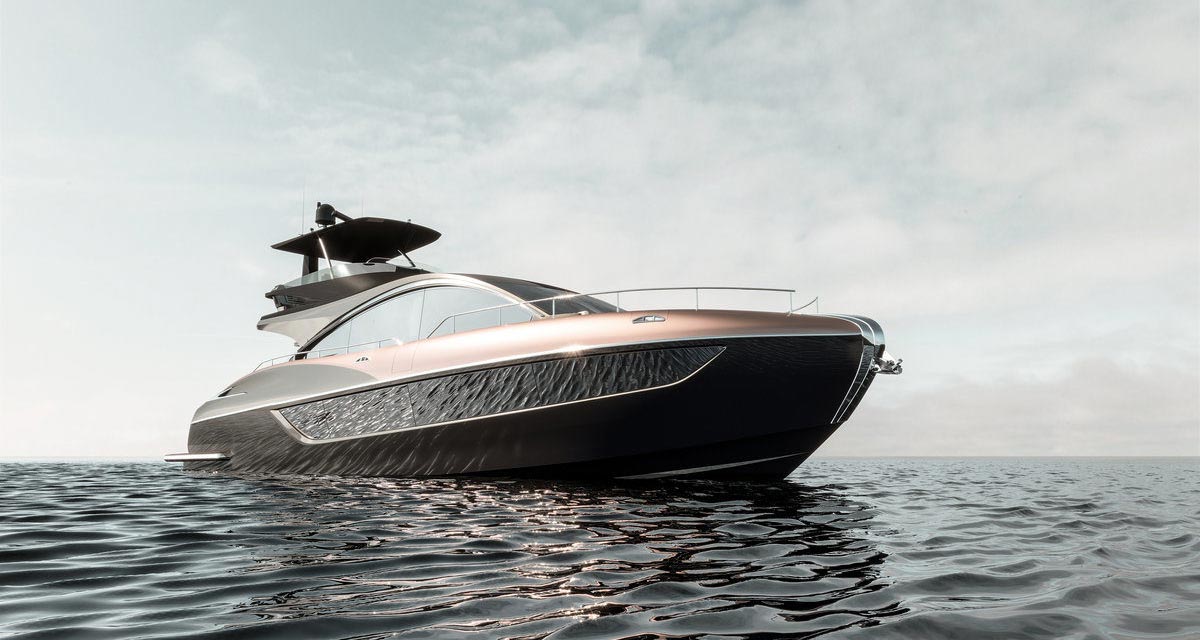 Howard Walker from Robb Report is one of the first journalists to pilot the new Lexus LY 650 yacht:

We ease out of the Boca Raton inlet and brace for the ocean rollers lunging toward us. Time to power up. I push forward on the throttles and hang on as the LY 650’s flared bow lifts gently and cuts through the heavy swell. Although the big engines spin at 2,450 rpm on wide-open throttle, there’s only the faintest hum from the seriously insulated engine room. And the carbon-reinforced hull does a stellar job of tracking straight and riding smooth through the washing-machine seas.

After an hour or so running at an easy 28 knots, I steer hard to starboard to enter Fort Lauderdale’s deep-water ship channel. Despite the frothy seas, the craft carves easily into the turn and shrugs off the whitecaps, feeling stable and inspiring confidence.

As Walker explains, the LY 650 is just the first effort in a full series of Lexus yachts:

Marquis Yachts has already sold three Lexus LY 650s (priced starting at $3.6 million), including our well-equipped $4.7 million example, and a fourth is being built. Next year there’ll be a non-flybridge version, and a 48-footer may also be on the horizon. It might not be long before you overhear someone saying, “My next boat’s a Lexus.”