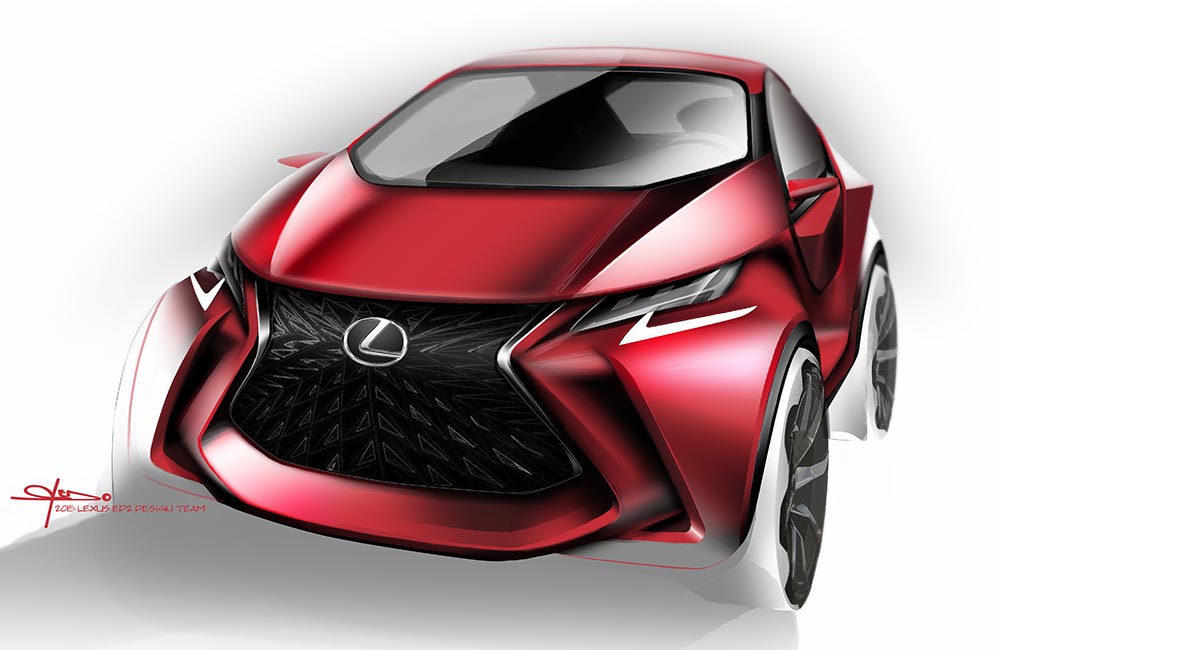 Lexus will show a concept for their first all-electric vehicle at the Tokyo Motor Show later this year — from Motor1:

There’s not much to report about the study itself at this point, but we know it’s going to take the shape of a small hatchback-like vehicle with a somewhat radical design language. Lexus hasn’t released a teaser image yet (and we expect to get one in the weeks before the show).

That said, the concept appears to take the brand’s spindle grille to the next level. The now-ubiquitous shape totally dominates the front end, as it bleeds from the front fascia and merges with the windshield of the EV concept.

The fact that this vehicle doesn’t fit into a clearly defined segment means it will a concept in the truest sense of the word. Even so, it’s likely the concept will be powered by the in-wheel electric motors Lexus is currently developing, making it a technology showcase.

(The Lexus LF-SA concept is the only vehicle that remotely comes close to the description provided, the image above is a sketch from one of that car’s designers.)

Love the style. I’ve got a Scion iQ that is similar and it’s been the perfect 2nd car over the 8 years we’ve had it. An electric Lexus would be an excellent replacement if the styling holds up.

I thought their first all – electric vehicle would be based on the UX and called the UX 300E?

This is a concept, not the actual first EV.

Anyway we can wait and see the real deal, Tokyo not that far

Press Days are just ahead of that, on Tuesday 22 and Wednesday 23 October. Given the second day's truncated press day schedule, I'm willing to bet everything significant will be unveiled on Tuesday the 22nd.

Would this be a competitors to other new "city EVs"?

Only a production vehicle would be a better one

Would this be a competitors to other new "city EVs"?
Click to expand...