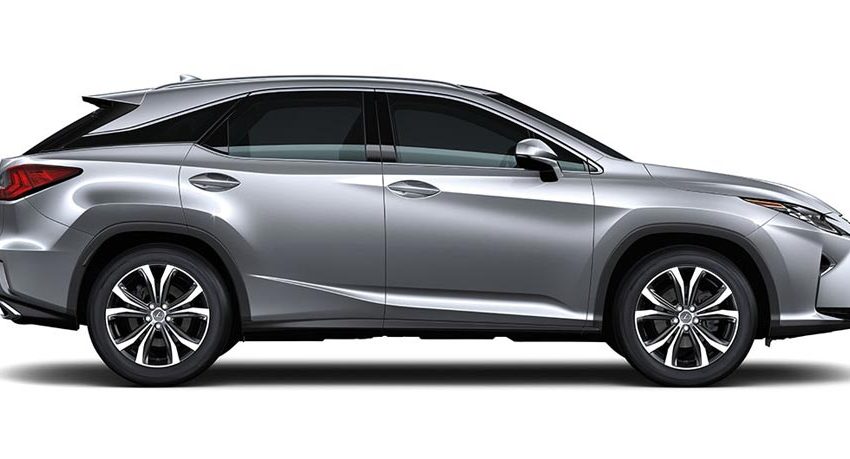 The Lexus RX will be getting an update next year, according to automotive industry source Just Auto:

Even after more than three years of production, the RX remains Lexus’ best seller, especially in the USA, where deliveries are on course to possibly touch the 110,000 mark by year end (98,419 YtD). The next news will be a facelift for North America’s 2020 model year, the updated vehicle likely premiering at next year’s New York auto show.

The RX facelift will likely incorporate design elements of the new UX and updated NX, with the spindle grille becoming less prominent and more integrated into the overall body.

Just Auto also weighed in on the next-generation RX and what it could bring:

The 760X series fifth generation RX should again be built in Canada and Japan. Production is likely to begin in the second half of 2021. There will be standard and long-wheelbase derivatives, and there will probably also be a plug-in hybrid or even a fully electric variant. The architecture will change, the new model to be based on TNGA-K.

A 2021 launch seems ambitious and not in line with current Lexus product lifecycles, though it’s far enough off that the strategy may change. There’s no reason to doubt that the next-generation RX will be offered in standard and long-wheelbase variants, especially when a new model can incorporate the third-row right from the initial concept.

(One thing is for certain, there’s no overstating the importance of the next-gen RX and what it means for the Lexus brand.)

flexus
They should add more powertrains. RX350&300H. RX F would be interesting since BMW has MX, Audi has SQ and MB has AMG SUVs. RX-F twinturbo 3,5l.

Unfortunately I don't think the RX"300/350h" will come soon due to the absence of a hybrid system that is powerful enough for a RX and not cost as much as the 450h. This is currently the biggest hole in Lexus's entire crossover lineup.

ssun30
Unfortunately I don't think the RX"300/350h" will come soon due to the absence of a hybrid system that is powerful enough for a RX and not cost as much as the 450h. This is currently the biggest hole in Lexus's entire crossover lineup.

I agree with you there is a big gap in the lineup. Here in Finland due to taxation, Lexus offers only low emission hybrid models. Higher the emissions higher the price RC F is only full petrol model offered here starting from 145000€. No single unit has sold (in contrast LC500 3 units and RC 12 units sold). Also, there comes taxation based on how much the car costs + consumer tax of 24%. That's why RX450H costs 82000€ whereas in Estonia it costs only 64000€. Lower hybrid is much needed. Maybe take the 2,5l inline4+motor hybrid system and put powerful rear motor name it RX350H. I think powerful gasoline engine than 2 litre turbo would boost sales in certain markets.
"Second half of 2021" for the next gen is in line with the product roadmap of 6 years for Toyota-based FWD platforms. This of course will be telling if we see the next gen Highlander arrive for MY 2020 while the RX will be a MY 2022.
I have indeed taken up the challenge of commenting on, affirming or debunking (as the case may be), Just-Auto's Lexus predictions for a Kaizen Factor piece I'm working on. I just finished writing the RX section. Here's a preview of what it will say:

After the reputed dealer revolt over the Lexus LC convertible taking precedence over a 3-row RX, the latter was rushed into production for the 2018 model year. This, in turn wreaked havoc with the 4RX’s midlife refresh traditionally due for its third model year (2019). Facelifting the 3-row RX after a single model year was deemed ludicrous by the powers-that-be at Lexus (and rightfully so).

There is actually precedent for this. The 3rd-generation RX’s mid-life facelift was unveiled at the March 2012 Geneva Motor Show, went on sale on April/May 2012 (2013 model year), and maintained this “early launch pattern” until the April 2015 New York International Auto Show unveiling of the current 4th-generation RX.

Both Just-Auto's Glenn Brooks and Carmaker1 concur that the 5RX will launch during late 2021 for the 2022 model year. Of note is that its predecessor will follow an unusual pattern of receiving a mid-cycle refresh on the 4th model year of its 6-year cycle, rather than the customary 3rd year as on the 3RX, NX, 5ES and 6ES. Again, blame the 3-row RX L for that. Speaking of which, note the reference to standard and long-wheelbase derivatives. Is this to be taken literally? Or will 2 and 3-row versions of the 5th-gen RX once again share a common wheelbase?