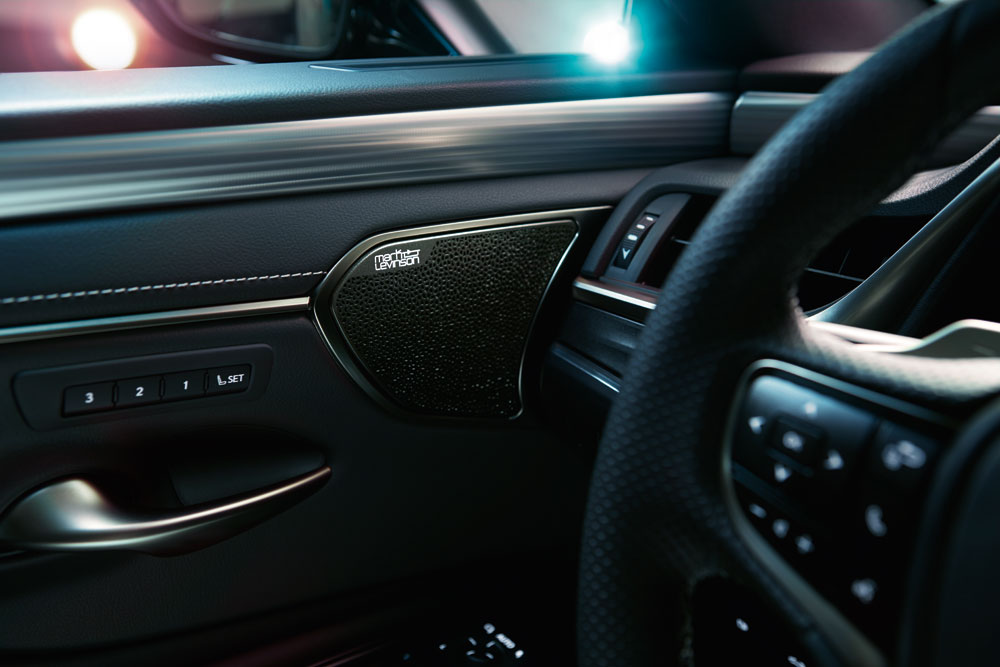 The new ES F SPORT features a door trim that imbues the interior with a truly lasting beauty, courtesy of a design inspired by the katana—one of Japan’s most treasured craft arts

The pursuit of “Provocative Elegance”

The evolution of the Lexus car can be attributed to continuous addition of traditional Japanese craftsmanship techniques and details in the design concepts of its past models. The new ES F SPORT follows this tradition with a door trim inspired by Hadori—a traditional polishing technique that applies a silvery wave-like finish to katana swords. The finest katana throughout history feature Hadori that is simultaneously refined and powerful, possessing a beauty that marks the sword as a true work of art.

Incorporating such a refined finish to the door trim of the ES F SPORT was never going to be an easy process. However, Toshihide Maseki, who designed the car’s interior, stepped up to the challenge.

“Looking at sketches for the new ES F SPORT, I was struck by how sporty its design was; it was like nothing I had seen in previous models,” Maseki said. “Its weight had been shifted to the rear, giving it a sharp form. I immediately understood that my job was to achieve both dynamism and elegance in the trim design. When considering design concepts, I asked myself, what among traditionally Japanese craft arts features sharpness and dynamism, as well as beauty? That’s when I arrived at the katana.”

Maseki traveled to Gifu Prefecture to make a stop in Seki—a city that has produced some of the finest katana in all of Japan. It is home to the Seki Smithing Museum, a treasure trove of information and items related to the 700-year history of Japanese swordsmithing. Here, visitors get to view some of the greatest swords ever forged and live demonstrations of traditional katana forging techniques— performed by master swordsmiths.

“I was most surprised by the incredible visual impact of the hammers hitting the metal during the forging process,” Maseki says. “A tremendous amount of power goes into shaping the metal into a blade. However, although a just-forged blade possesses a raw and tangible intensity, it’s missing the elegance that the new ES required. That’s when I turned to the next step following the forging process: polishing. Hadori, in particular, is a technique used to polish a blade into a singular work of art, and I felt that this fit the design concept of the new ES.”

A deep and enduring beauty

Of the many classic katanas that Maseki studied, the ones that inspired him the most were blades crafted between the 14th and 16th centuries.

“Once you get to the 17th century, you start to see more katanas that were crafted mainly for decoration,” Maseki says, “but the katanas created before, were intended for use in war. They feature only minimal ornamentation. This style—eschewing excessive ornamentation for a more genuine craft-based beauty, as well as a high level of practicality—seemed to fit the production concept of the new ES.”

Compared to the wide, heavy swords common in Europe, the Japanese katana may look somewhat delicate on first glance. However, there is a sort of aesthetic power in the katana, a deep and enduring beauty that can withstand the passage of time. It was this power that Maseki wanted to convey through the door trim. 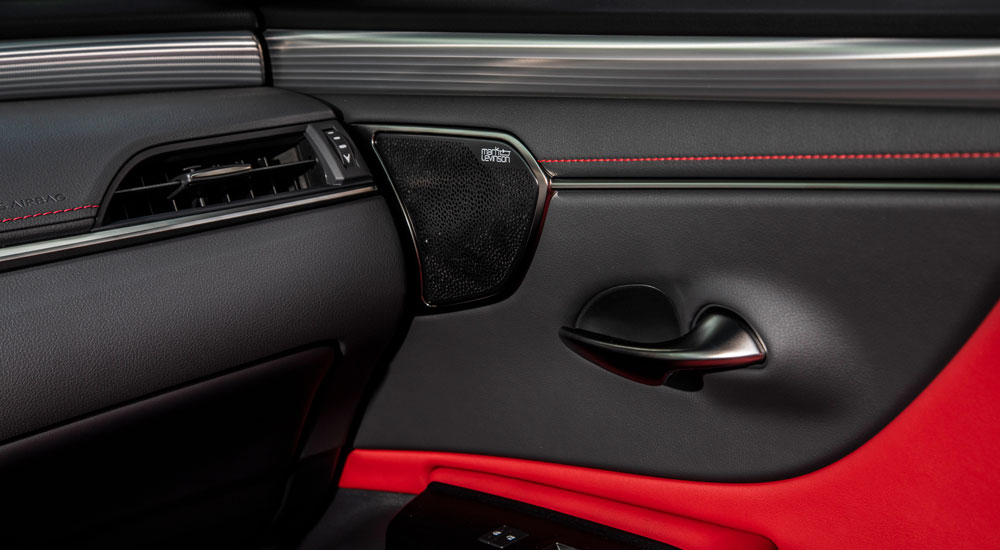 “To understand the beauty of the katana, you need to first recognize that the power of the katana comes from within. It has a deep character that has been painstakingly crafted by a master artisan. I wanted drivers of the new ES to be able to feel this inner power, and in the process understand the timelessness of true beauty.”

Once Maseki had settled on a concept and design direction for the door trim, he began developing a prototype. He first had skilled artisans craft the prototype by hand, so he could then replicate the design using a machine. However, Maseki encountered a problem. The machine was fed precise data related to the pitch and other details of the Hadori pattern, and yet it failed to produce results that in any way resembled the prototype. This puzzled Maseki.

“The numbers were correct, so I decided to take a closer look at the prototype,” he explains. “As I studied the pattern with a microscope, I discovered the existence of randomly created lines that could not be replicated with a machine. It was these lines that were giving the overall design its powerful impact.” 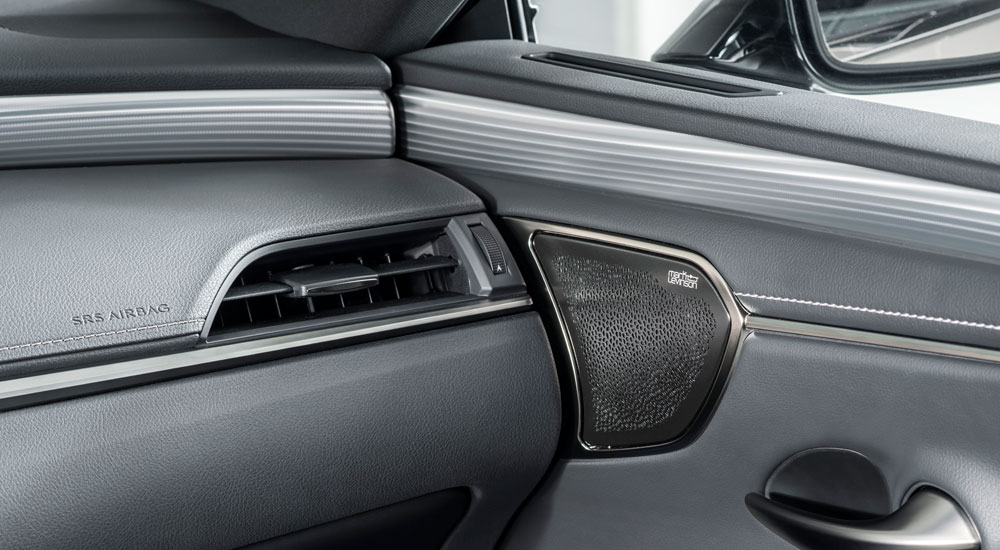 These “random lines” had been instinctively added by the artisans who created the prototype, based on their many years of experience and keen understanding of katana aesthetics.

“Although being refined is an important quality in craftsmanship, a product is incomplete without the addition of more human, more instinctive elements that are not based on simple calculation. Being machine-made but artisanal, being refined but having impact— these may seem like contrasting elements, but through a lot of trial and error, we were able to achieve this combination, in the process imbuing the door trim of the new ES with a deep katana – like beauty.”

True beauty can only be achieved if every detail that composes an object has been refined to an exceptionally high degree. Hadori is one of many details accumulated in the new ES that offer a momentary escape from the everyday.