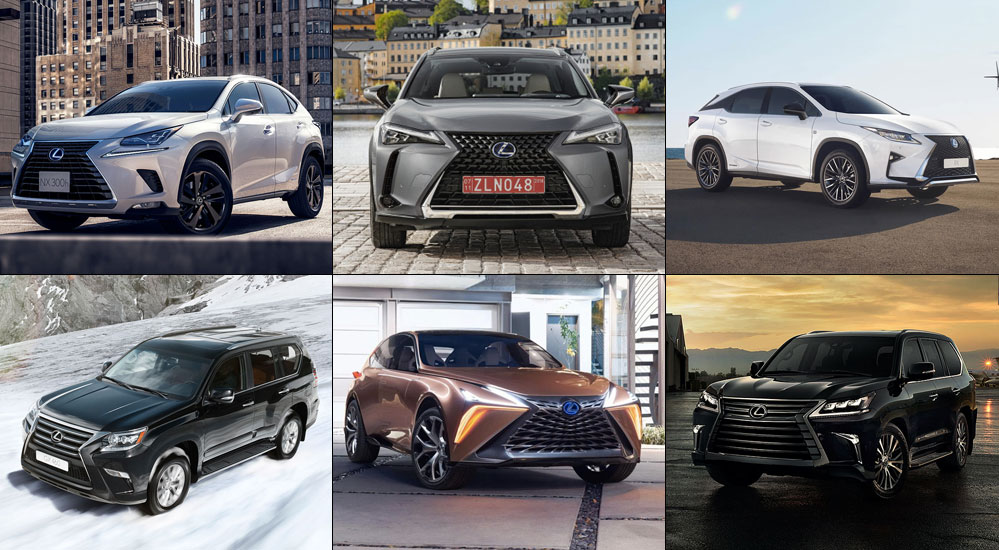 At the Lexus UX launch in Stockholm earlier this month, chief engineer Chika Kako admitted that a high-performance variant of the new sub-compact crossover was not under consideration. While this could be some form of future-product chess move, the question remains: Which Lexus SUV/crossover will be the first to wear the F brand badge?

Fundamentally, this is an exercise that requires some imagination — both the NX and RX use platforms that could not support the driving dynamics of a F brand model, whereas the GX and LX are at the stage in their lifecycles when the old-age pensions start to kick in. Outside of the UX, any F brand crossover would need to be a next-generation model.

There’s an argument for each — the RX is the best selling vehicle in the USA and would have mass-appeal, the NX is a global powerhouse, and a GX F or LX F would just be plain bad-ass. And all of this is discounting the elephant in the room, that being a rear-wheel drive flagship crossover based on the beautiful LF-1 Limitless concept.

Let’s get to it, shall we — cast your vote here and make your argument in the forums! The top model will be announced next week.

The GX and LX would be badass in the F variant, but it would loose on on utility: "off-road", but not many people drive luxurious SUVs offroad do they? I could be wrong. Those who do offroad usually change the suspension and tires and front bumper for a wench option that I've seen on a few select models in the Atlanta territory.

I think the RX F variant would hit a sweet spot because it is so popular and as a daily driver, which a majority of our RXs are for. This could compete with LandRover Sport or the Jeep Cherokee SRT variants, X5 M sport (whatever), etc. I think it would be awesome to have AWD V8 or V6-TT. But first...LEXUS IS F, please.
Poll Results: What Should be the First Lexus F Brand Crossover/SUV?

It can't come soon enough. In my opinion Lexus is a little like Apple in the sense that they don't always release the latest technology or be the first to enter a certain segment (or create one) but they take their time for a better (more reliable) execution. I personally think Lexus takes too long, hopefully reliability more than makes up for the extra time they take, but its probably just later decision making or being too conservative when it comes to segment or tech innovation.

I guess some could make the same argument for Carplay. Not necessarily important for me but it appears to be a common thing Lexus (potential) owners complain about.
I've pushed the NX and RX as hard as one can and while I would love to see a F model, I would hope its the next generation. Barring some miracle of engineering they simply are not ready for that type of life.