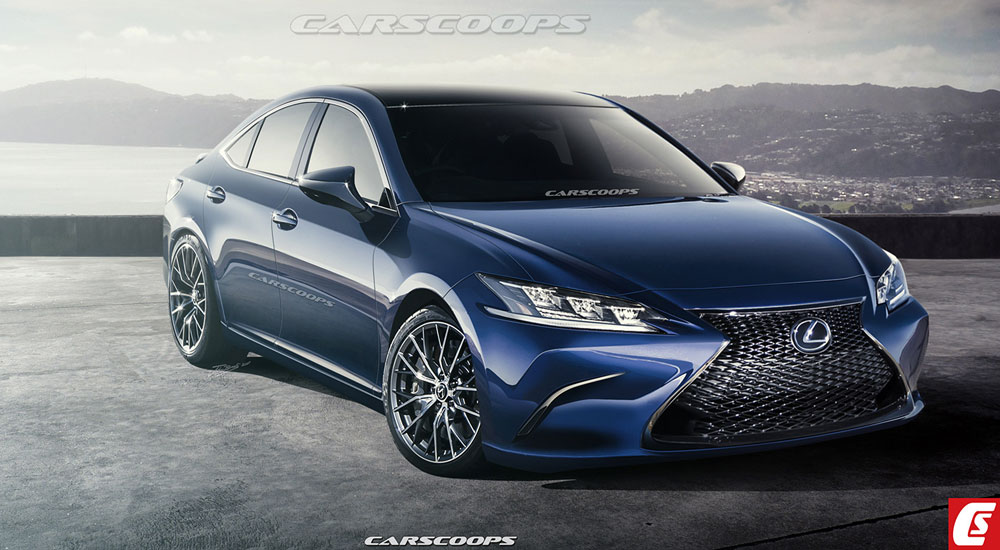 Josh Byrnes of Car Scoops had a crack at imagining the next-generation Lexus ES, and the result is a rendering that could foretell the production model.

Prototypes of the new ES were spotted last month, where it’s possible to pull out many of the details seen on the rendering — here’s the most similar angle: 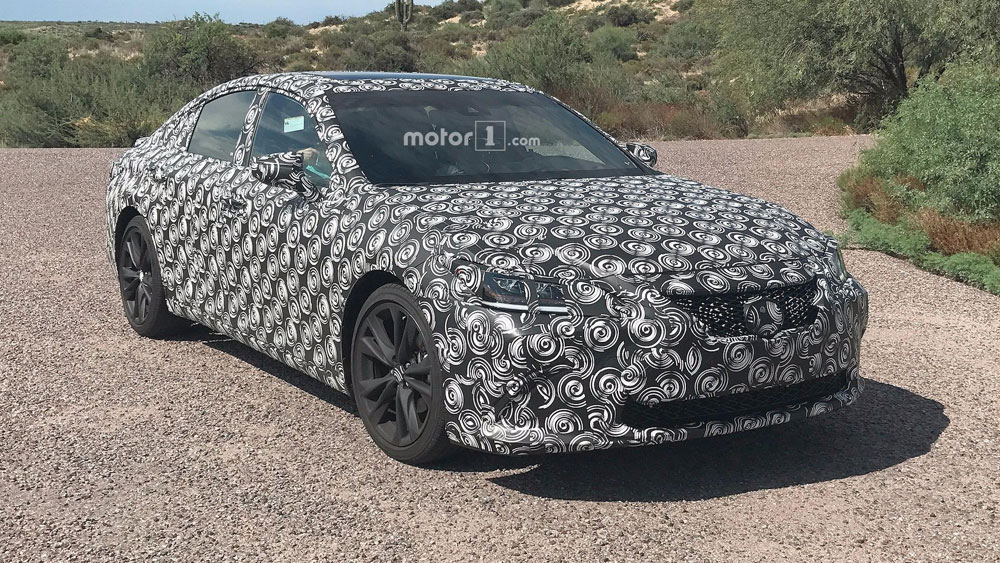 The next-generation Lexus ES should debut some time next year, and it’s expected the mid-size sedan will receive its first F SPORT version.

The fingers crossed that this render becomes reality. :praise:
I think the render looks awesome! There are a few things, though, that will help make it more realistic: the mesh grille is off. I feel it'll be more LS-like or updated CT-like. The headlights are slightly too large. The door handles would also probably follow the NX/RC/LS's new style. Other than those, Carscoops has been accurate in the past, so I could see it happening.
Will the next generation ES offer an all wheel drive like the GS.
Dare I say.... WOW!!!! ES?

If an F Sport in USB 2.0 is offered like in the rendering, I seriously will consider an ES for the first time!
This styling is awesome but I will be very disappointed if the F Sport is FWD.

meth.ix
This styling is awesome but I will be very disappointed if the F Sport is FWD.

corradoMR2
To be honest, I would not expect a RWD platform for the ES, but... there's a chance in my mind that Lexus will want to fully distinguish itself from Toyota and build the ES on a version of the RWD GA-L platform, so all their sedans are RWD/AWD, much like Genesis is doing to distinguish itself from Hyundai. Fingers crossed.

wouldnt that be GS then? ES is FWD.

I see mostly FWD A6's around Europe these days, mostly with 2.0 TDI and many of those have s-line packages. F-Sport will certainly be good enough in FWD, but if it actually replaces GS worldwide, I am sure it will also have an AWD version.
Looks alive! hope the actual car will stay close to this rendering the current ES looks a bit stodgy and appears big and cumbersome by comparison.
This one looks more sport orientated hopefully it will be lighter and more nimble and feel smaller once you are actually driving it. I do not have a problem with fwd the majority of this type of car are just that anyway.
Mesh grille should be standard through out do away with the slatted grille please Lexus.

Michael
Will the next generation ES offer an all wheel drive like the GS.

It would make sense to me :)
It looks good but not down with the FWD if thats the case.
Nice rendering. I actually think this would be a good direction for the 4is but in RWD of course!

If this replaces the GS though I would be disappointed. FWD in a "sports sedan" is a non starter for me. :(