Lexus plans to build a 60 foot yacht based on their recent Sport Yacht concept, according to a report from Bertel Schmitt of Forbes:

Instead, Lexus is planning for a 60 foot superyacht in what is commonly called the “gin palace” segment, “and for the engine, we’ll start thinking about it from scratch,” Sawa said.

According to The Nikkei, the 42footer’s “price and launch date have yet to be determined,” but I don’t recommend waiting until they are. “We have no plans to commercialize the 42 foot version, the 60footer, we will definitely sell,” confirmed Toyota Marine boss Shigeki Tomoyama later. He dropped a rendering of the gin palace on the table, and did not mind at all when I snapped a picture.

For cost reasons, “Lexus might rethink” making the much bigger boat from the obscenely expensive carbon fiber, Sawa said. Fiberglass, or maybe aluminum like in the [Toyota] Ponam, will do just fine.

The original Sport Yacht concept was 42 feet long and occupies a “limited market”, whereas the 60 foot yacht appears to be in a segment with higher potential sales growth. The above image is the rendering provided to Schmitt.

Even so, it’s not the size of the boat that matters — rather, it’s the fact that Lexus looks to be moving into a completely new type of transportation. It’s a move few could have predicted, but there’s no denying that a yacht fits in well with the new LS sedan & LC coupe.

Finally, Schmitt reports the Lexus Super Yacht is expected to reach production around 2020. This is a compressed timeline, and we should be hearing more about this project shortly. 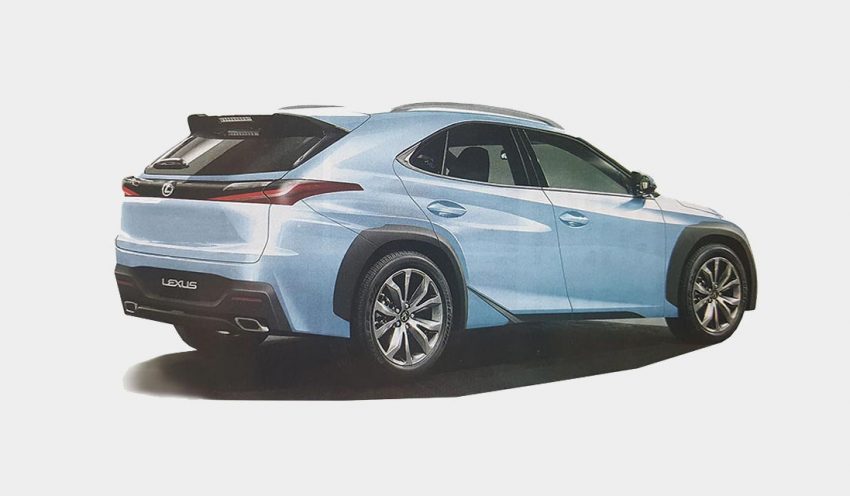 Rumors
A sub-UX crossover could be in the works.