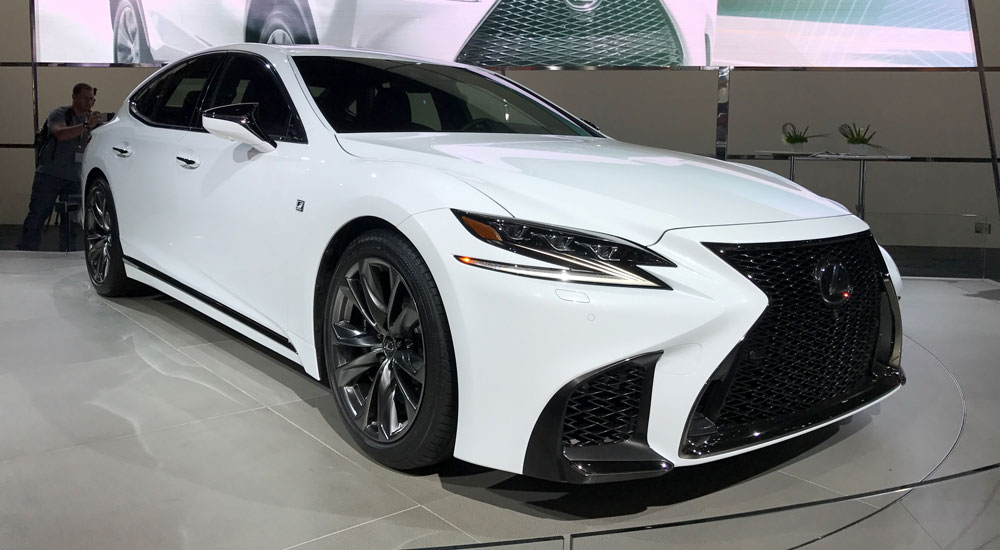 Lexus has introduced the F SPORT package for the all-new fifth-generation LS 500 & LS 500h, displaying it as part of their exhibit at the New York International Auto Show.

Breaking down the changes over the standard model, the exterior appearance upgrades are subtle and focus mostly around the front end. As detailed in the press release, a single Lexus designer tweaked the grille for five months to get the pattern just right — that detail is obvious: 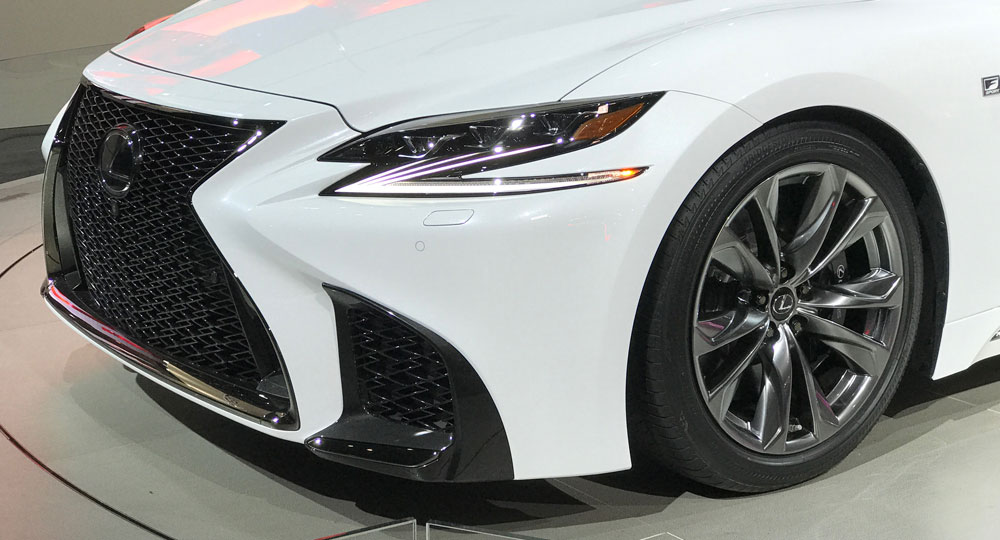 The side vents are in the same mold as the updated GS & IS F SPORT, where the shape is almost cut out of the bumper — it may bring a cohesive look to F SPORT, but all the contrast clashes with the Ultra White paint. 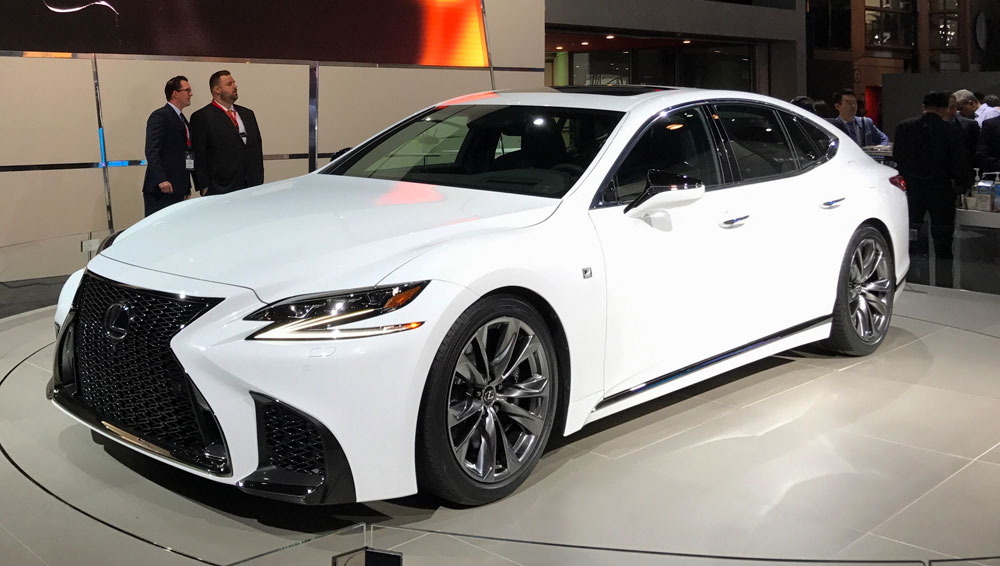 I had my fingers crossed that Lexus would use gunmetal trim on the LS F SPORT after spy shots surfaced a few weeks back, but despite its darker appearance in photos, I’ve been told the chrome is the standard silver: 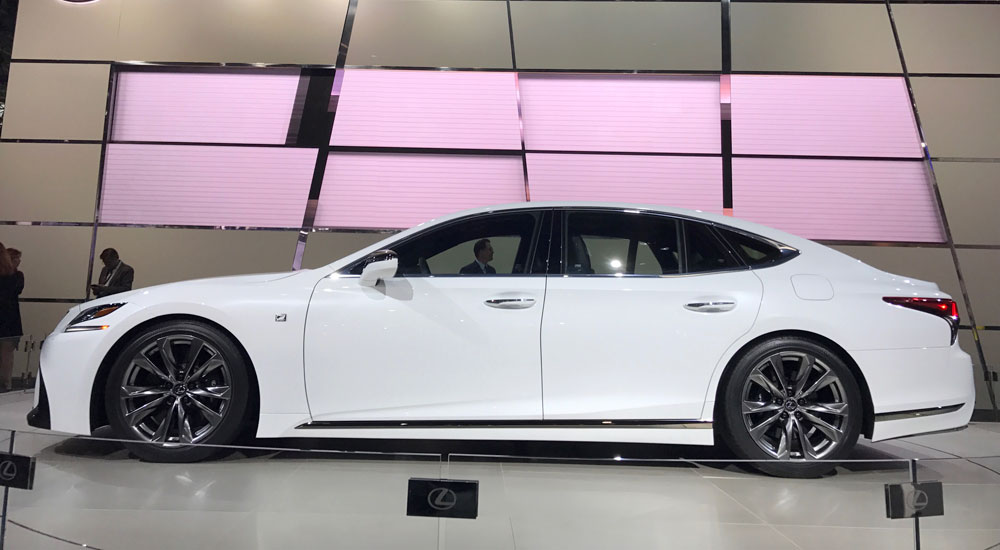 I like the 20-inch wheel design well enough, it strikes me as a thicker version of the first IS F wheel: 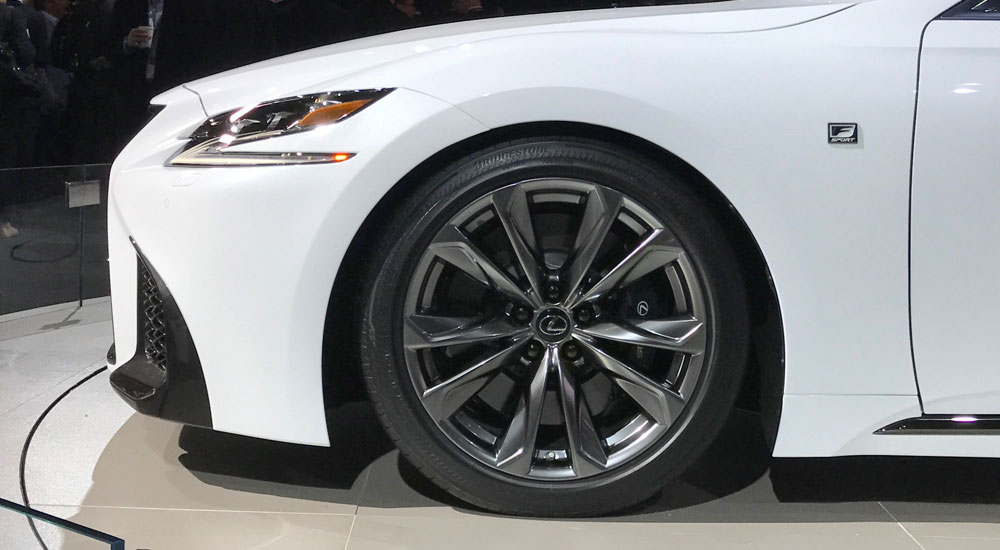 Inside, Lexus has switched up the materials, introducing Ultrasuede and brushed aluminum accents. The seats also have an unusually complicated perforation pattern:

The pure black palette eliminates much of the detail work that makes the new LS interior so special, but it fits with the expected F SPORT look — I was glad to hear a Circuit Red interior option will also be available. 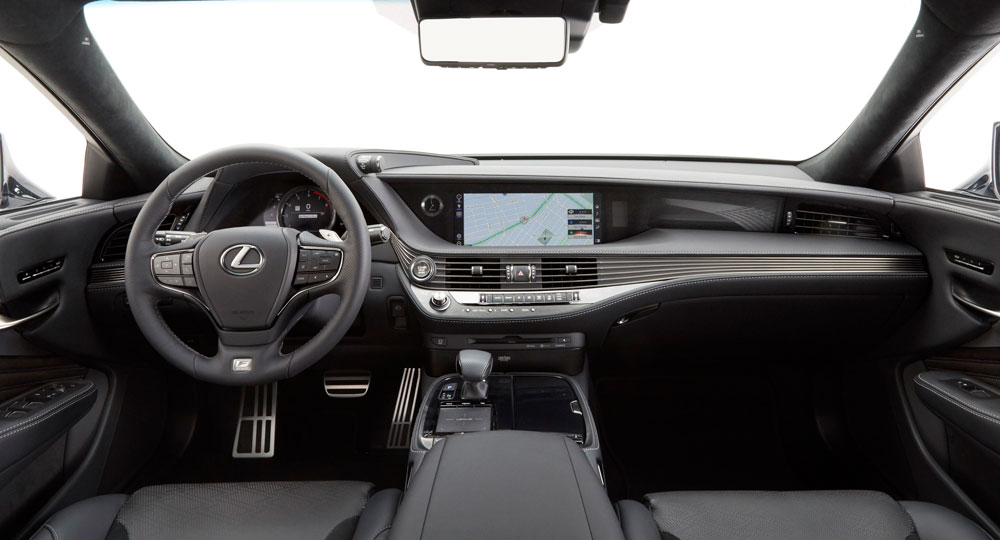 There are some performance enhancements as well — there’s larger brakes (6-piston calipers on front and 4 pistons on rear) and an available handling package that adds Variable Gear Ratio Steering & Active Rear Steering, plus a sport-tuned air suspension with rapid height function — but it’s difficult to comment on the changes without driving the LS & LS F SPORT back to back. 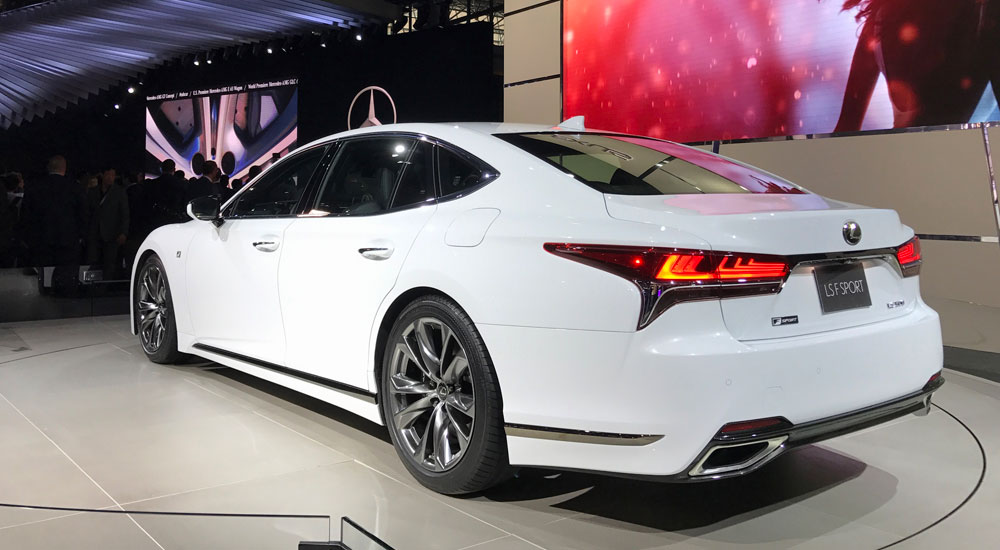 Overall, Lexus has stuck to the script that’s been used since the introduction of F SPORT — a different grille, some interior adjustments, and an optional handling upgrade. It’s a formula that works, as evidenced by the growing number of Lexus owners opting for the performance package.

Even so, this does feel like a missed opportunity to reinvent F SPORT. With the new twin-turbo V6, Lexus could have added 10-15 horsepower and created a more compelling reason to upgrade. It’s easy to see why this wasn’t done — rationally, a minor power bump seems immaterial and not worth the effort. However, considering the way sedans are struggling in the marketplace, one of the few paths to success is appealing to the irrational.

In the end, the LS F SPORT remains a full size flagship that’s capable of 0-60 miles per hour in 4.5 seconds, with enhanced handling and a front grille sharp enough to cut your hand. And perhaps that’s irrational enough, for the time being.

Special thanks to Ben Hsu from Japanese Nostalgic Car for the photos!