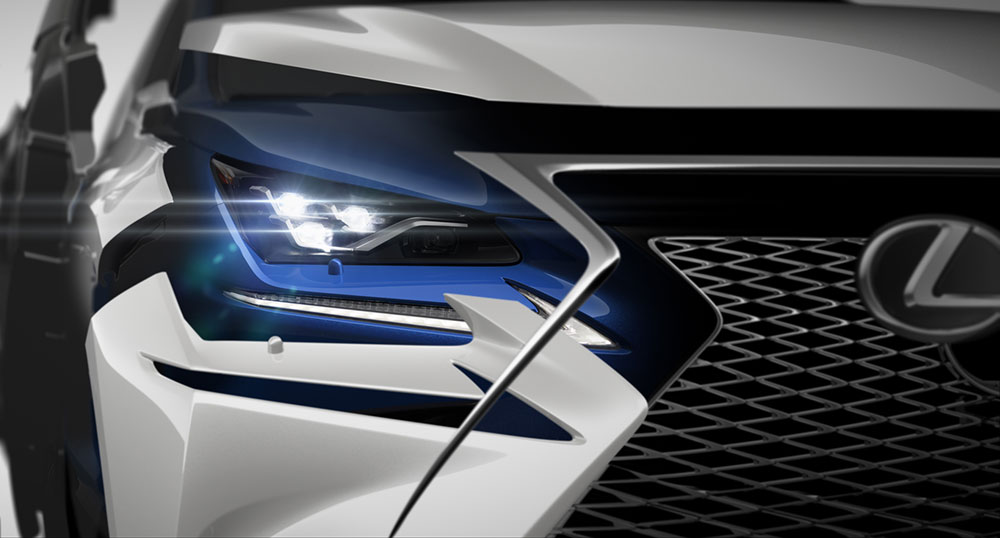 Lexus has announced the refreshed NX will make its global debut at the upcoming Auto Shanghai 2017.

The compact crossover debuted in 2014 and has quickly become one of the top selling Lexus models around the world — here’s a quote from the press release regarding the upcoming changes:

Now, with an updated exterior design, and interior enhancements that add convenience and functionality, the NX is poised to meet the needs of global luxury consumers.

The released image doesn’t show much — let’s take a look at the full size:

Clearly, part of the update will be a move towards the LS & LC headlight design — another interesting detail is the grille separating from the cross-section, perhaps signaling a change in the F SPORT mesh pattern.

The Lexus press conference will take place on April 19 at the National Exhibition and Convention Center. More details as they become available!