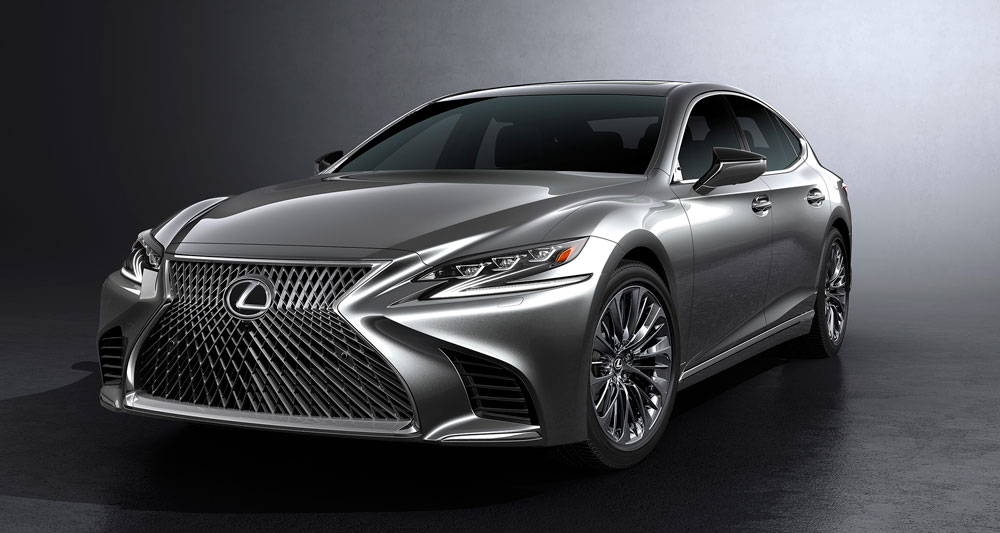 During the Detroit Auto Show a couple weeks back, Lexus Enthusiast had an opportunity to sit down with Lexus LS Chief Engineer Toshio Asahi and Chief Designer Kouichi Suga. Here’s our conversation in full.

Kevin Watts, Lexus Enthusiast: It’s been a very long development cycle for the new LS, with 10 years since the fourth-generation model debut. What were the challenges — was all this time required for development or was it more strategic in nature?

Chief Engineer Toshio Asahi: The landscape for the luxury market has evolved over the years, and for us, it was strategic. We had to insure this new platform was able to exceed our competitors from a dynamic standpoint, as well as a design standpoint. 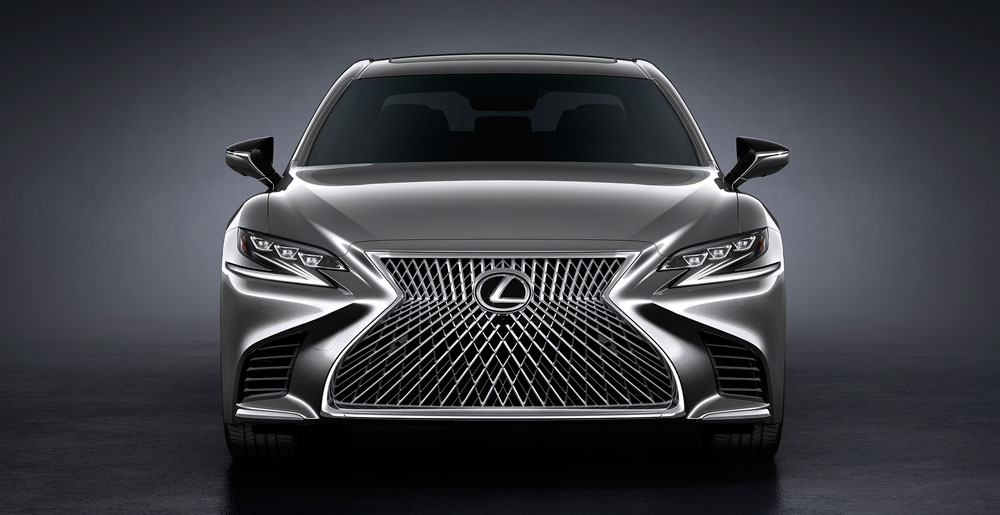 Kevin: The LS & the LC share a lot of the same underpinnings, but their designs are quite different. Did you consider making making a four door LC and releasing it as the LS?

Chief Designer Kouichi Suga: This is a bit behind-the-scenes, but we had a long time to review and analyze different design options. We certainly looked at sharing the concept of the LC layout, but realized it wasn’t a good fit once we got into the details.

There’s some resemblance between the LC & LS, but building an LS based on the LC general design meant the rear passenger area was tighter and smaller. The intention was to build a flagship LS sedan, and it has to be different than the LC.

That said, there’s some identity being shared from the LC. The driver is positioned in the center of the car, and the rest of the design spreads out towards all four tires. This concept is shared with the LC, because it’s the same platform. We didn’t build a traditional three-box sedan.

Kevin: I haven’t seen the LS from the bird’s eye view — with the LC, the spindle is reflected in the overall shape. The tires are pushed out and the center of vehicle is pinched. Is that the same thing with the LS? 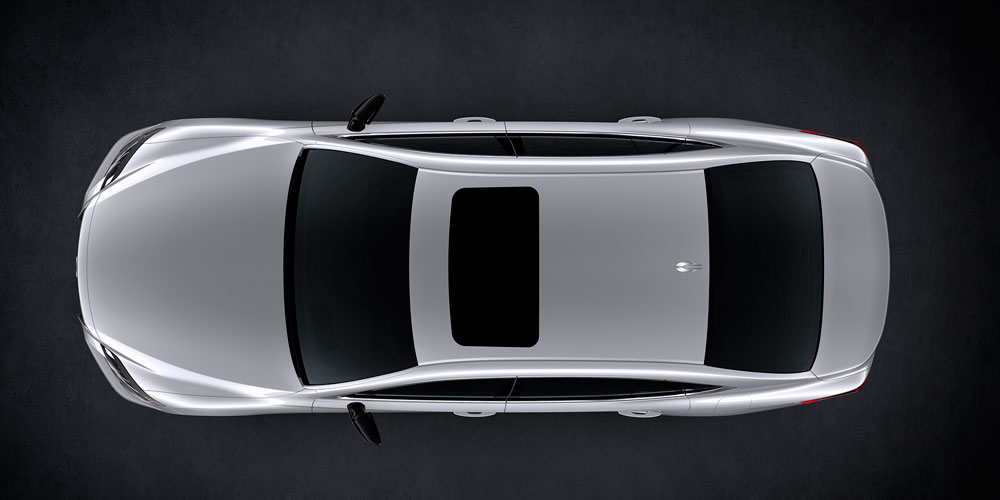 Asahi: The LC & LS have a mission to support the new theme for the Lexus brand, which is called “The Future Chapter”. There are three main elements — excitement and emotion, driving feel, and visionary anticipation.

Within that, the new GA-L platform supports the emotion and excitement. The wheels are spread out very wide to each corner, providing a low and wide stance. From an exterior standpoint, it gives a more aggressive look and creates more emotion.

Kevin: I imagine that any vehicle development is quite stressful, but the LS is the original Lexus. Did you feel any heightened stress or strain, just because of its history?

Suga: At the beginning of this project, our chief branding officer Akio Toyoda explained that the LS is a symbol of the brand itself. We needed to not only exceed the current generation vehicle, but more importantly, revamp the brand.

Getting approval for the project took two years. From there, it was another three years to go through the details of development. We needed to start from scratch, from the ground up.

Kevin: Looking at the design, I would say the rear 3/4 view shows a lot of the existing LS. But everything else is so much different than the existing model. It’s very elevated. 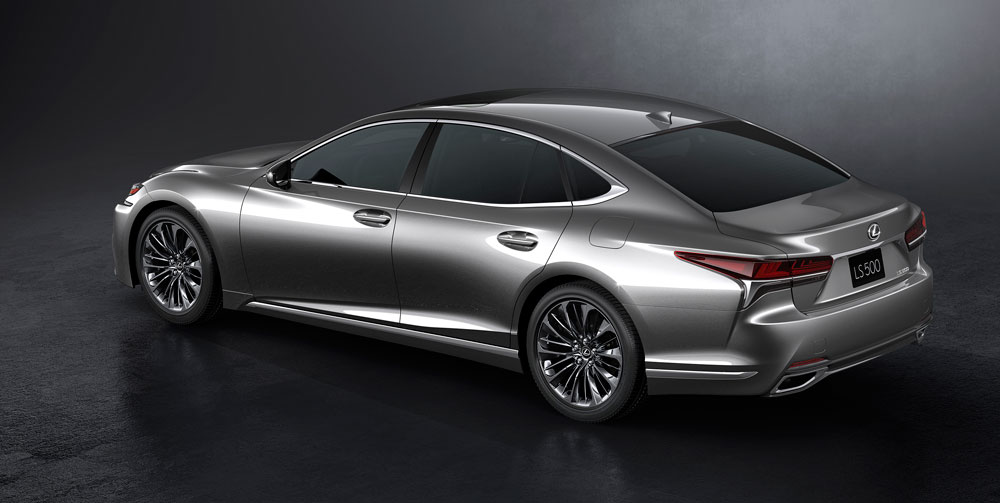 Can you explain the decision to move away from a traditional V8 to this new twin-turbo V6 — was that a difficult decision? Do you feel like you can provide the experience LS owners expect?

Asahi: This was an extensive discussion within the company, deciding on the direction we should go with the powerplant. Especially with this segment, having a V8 powerplant or even a V8 turbo is expected.

But looking five or ten years down the line, we didn’t feel the V8 package would be the right fit for this car. We decided to pursue a twin-turbo V6 engine, a high efficiency turbo mated together with a 10-speed automatic transmission. We are able to provide or exceed performance from a V8 turbo based on output as well as acceleration feel. This means higher output, better fuel efficiency, and better environmental performance.

Kevin: I think that in this market, torque is more important than total output. This is a move that makes sense to me.

Asahi: We feel it’s important to be able to have a high torque, even at moderate speed.

Kevin: What’s the standout feature of the LS, from a technical standpoint?

Asahi: The V6 turbo (laughs). But I also want to point out the advanced technology driver assist that we’ve incorporated in this car. We’ve put a lot of attention on developing a system that’s safe, confident, and comfortable to use.

Kevin: So is this the next-generation of safety technology?

Kevin: And what’s the standout feature, from a design perspective?

Suga: With the exterior, we tried to create a very sporty, emotional look, but with a flagship presence. There is very strong motion throughout the body.

In contrast, when you get in the car, the driver is quite snug, like a cockpit. But the passengers, they all have a very spacious atmosphere.

This ends my interview with Lexus LS Chief Engineer Asahi and Chief Designer Suga. Much thanks for their time and attention!