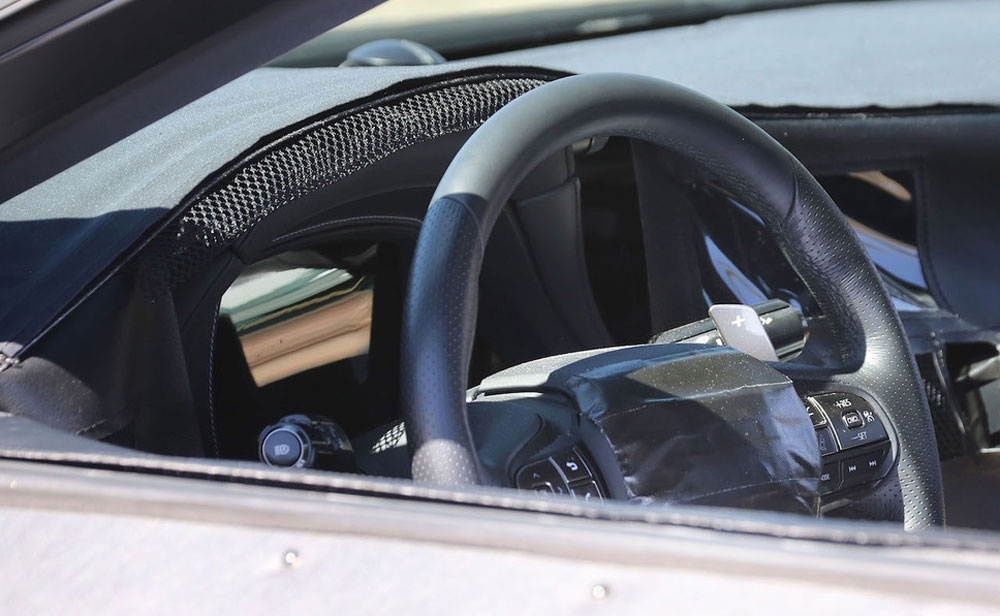 The next-generation Lexus LS spy shots keep coming with a new interior photo from Japanese website Spider7 — much of the dash and instrument panel has been covered in camouflage, but the visible elements bear a striking resemblance to the LC: 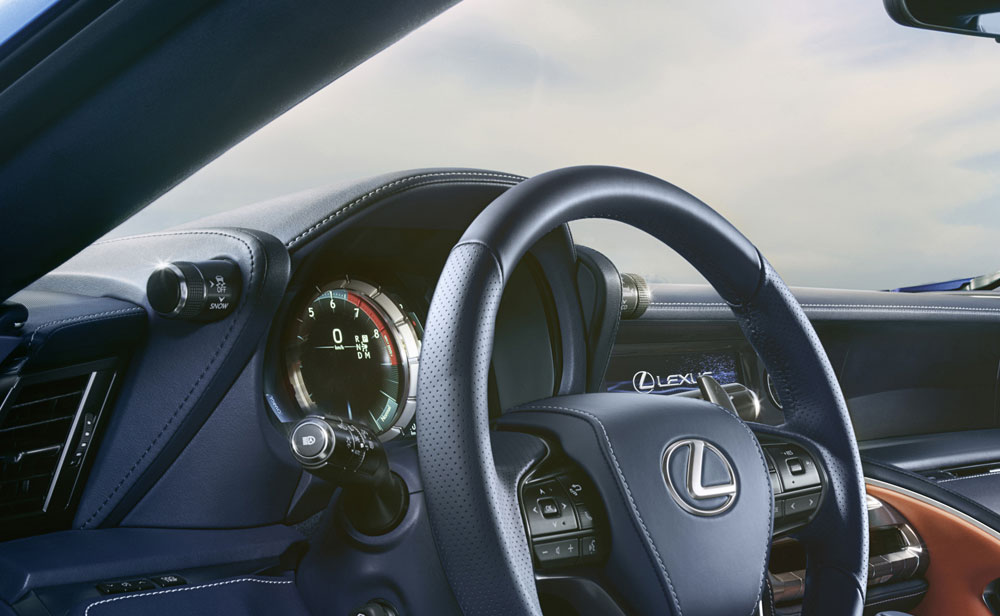 Judging from the leather-wrapped steering wheel, this is probably an LS F SPORT prototype — beyond that, all switchgear and controls look to be lifted directly from the LC interior.

This similarity is hardly surprising, as Lexus executives have been very clear that the flagship LS sedan and flagship LC coupe represent the evolution of the Lexus brand — from an Detroit Auto Show interview with former Lexus International executive vice-president Mark Templin:

[The LC] the future of Lexus. It gives you a really good indication of our design, of where the driving performance of our vehicles is going in the future. Both of [the LC and LF-FC concept] on stage really give you that indication.