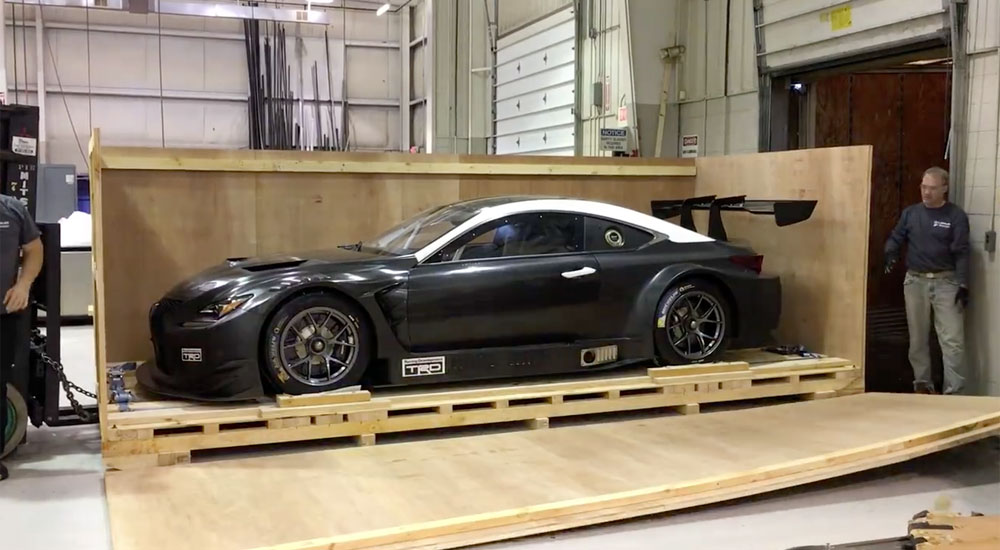 The 3GT Racing team have taken delivery of their newly developed 2017 Lexus RC F GT3, and in the spirit of our times, has posted the unboxing video on Facebook:

Lexus will return to racing in the USA this January, with the 3GT Racing team and the redeveloped RC F GT3 scheduled to participate in the Rolex 24 at Daytona.

The team, formerly known as F Performance Racing, will campaign a pair of RC F GT3 cars in the 2017 IMSA Weathertech SportsCar Championship series. Scott Pruett and Sage Karam will be two of the four drivers, with the other two drivers announced in the near future.