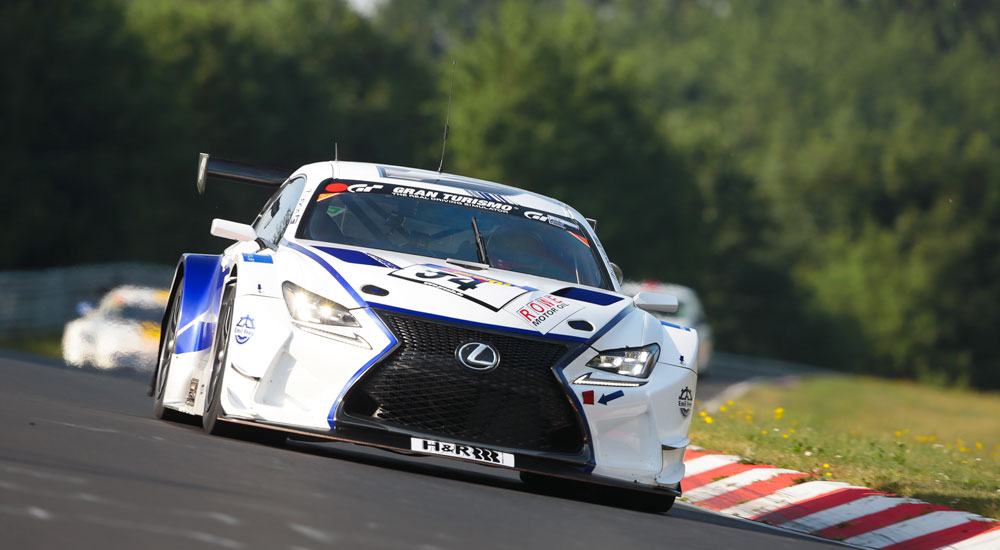 An improved version of the Lexus RC F GT3 race car will undergo testing for GT3 certification in the next couple weeks, according to a new report from DailySportsCar:

Speaking to DSC at the Nurburgring, [Emil Frey Racing partner] Lorenz Frey confirmed the Swiss team has taken delivery of the improved version of the car. “It looks really good, they have incorporated a lot of developments suggested by us and Farnbacher Racing,” he said.

Once certified by the FIA, the RC F race car can compete in any GT3 race in Europe — the Emil Frey Racing team hopes to run two cars in next year’s Blancpain GT series:

“Blancpain is definitely a priority for Japan, they see it as an important series to do,” Frey said.

“Whether the Lexus does Blancpain or not depends on how competitive it is,” he continued. “We’re building up our communications and operations with Japan, it’s always a challenge when it’s a such a long distance. We don’t want to move up too early – for the Japanese it’s very important to make gradual progressive steps, the kaizen philosophy.”