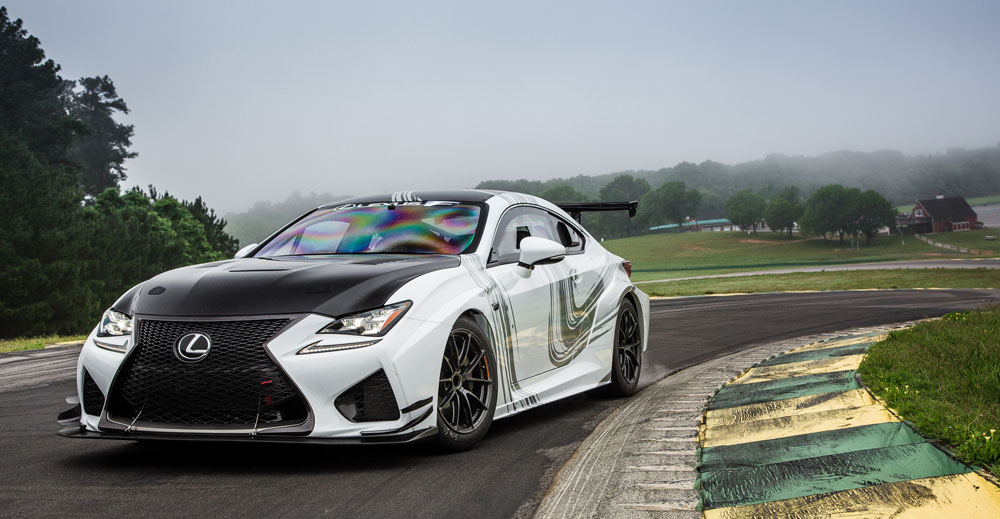 The 2016 edition of the annual Car & Driver Lightning Lap test is out, and the Lexus RC F GT Concept absolutely dominated — the one-off race car finished a full second faster than second place Dodge Viper ACR, and only .1 second slower than the all-time leader, the Porsche 918 Spyder:

Twist the big red master power handle and throw a switch; the fuel pump behind you fires with a piercing, distinctly un-Lexus-like “Scree!” Then the V-8 barks to life with a ferocity rare among Toyota products. We’re going with 500 horsepower from the mildly breathed-on 5.0-liter V-8, since Lexus refuses to give us the actual rating.

It went bounding over the curbs on its Yokohama racing slicks, roaring loud enough inside to make your ears bleed, yet attitudinally completely neutral, the driver snugged into the carbon Recaro bucket by fat green Takata belts, in total command of the grip. It’s not hard to picture 40 of these things making a rousing Japanese Sprint Cup series, decked out in Hello Kitty, Super Autobacs, and Ichiran sponsor logos.