According to the latest issue of Japanese magazine Best Car, Lexus will be offering the next-generation Lexus CT as both a hatchback and a lifted sub-compact crossover — let’s take a closer look at the hatchback rendering first:

This rear view incorporates the side-profile angles from the NX, while bringing a new character with a very appealing rear hatch design and massive dual-exhaust diffuser. Next up, the front view is less successful but still notable: 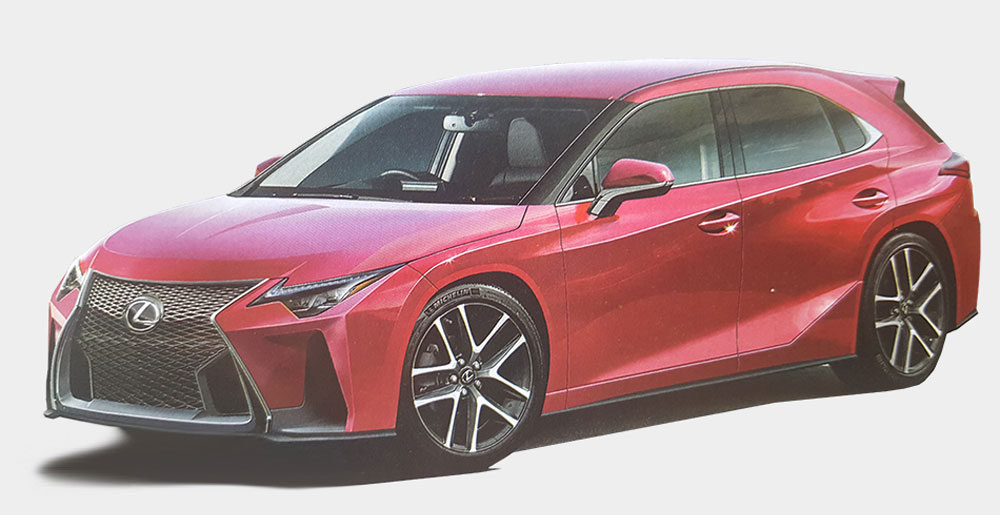 There’s also a rear-view rendering of the rumored sub-compact crossover:

This takes the NX-influence of the hatchback and bumps it up considerably with plastic fender panels and roof racks.

There are some engine rumors to go along with the renderings, with Best Car suggesting the hatchback/crossover will be getting the Prius 1.8L hybrid engine, a newly developed 2.0L naturally aspirated engine, and the 8AR-FS 2.0L turbo.

And just how likely is this story? Lexus has long avoided the German luxury brand strategy of multiple variants based on the same model, and the result is a very focused, less confusing product lineup with only minimal design overlap. Still, entry-level luxury is a deep and prosperous segment of the automotive market, and branching the CT in two directions would be an efficient way to cover the most ground.

What do you think — should Lexus release the CT as both a hatchback and a crossover?