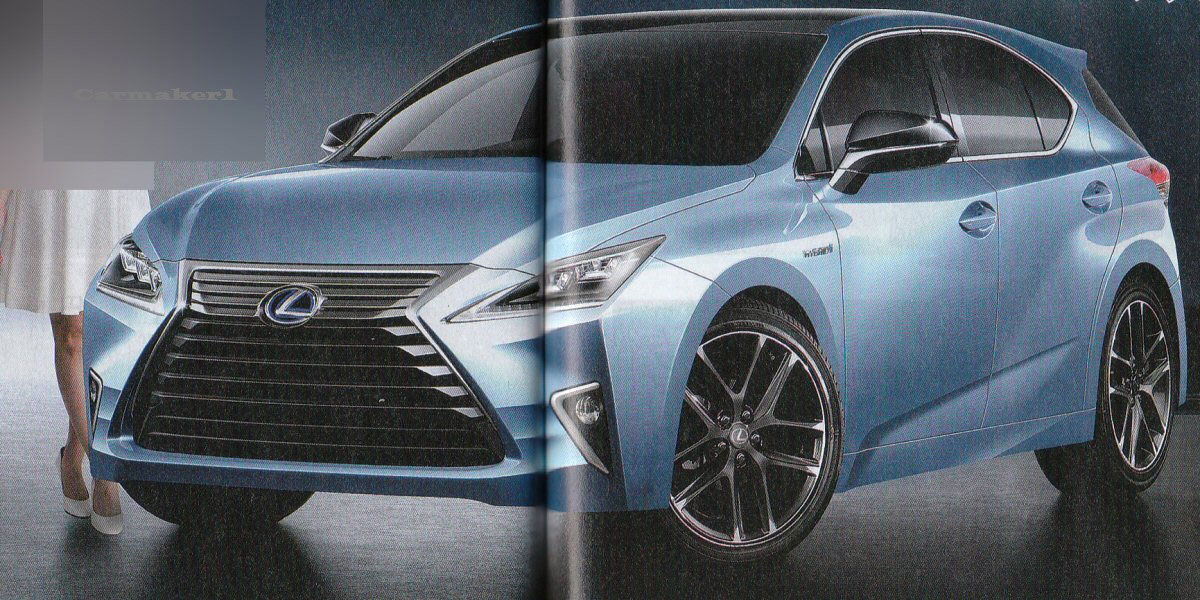 A new rendering of the next-generation Lexus CT has been published by Japanese magazine Best Car, and it shows a front end influenced by the RX and elements of the RC.

Recent rumors out of Europe suggest that the hybrid hatchback will be replaced by a sub-compact crossover, though there’s surely enough room in the Lexus lineup for two smaller models.

(Special thanks to member Carmarker1 for finding this image!)