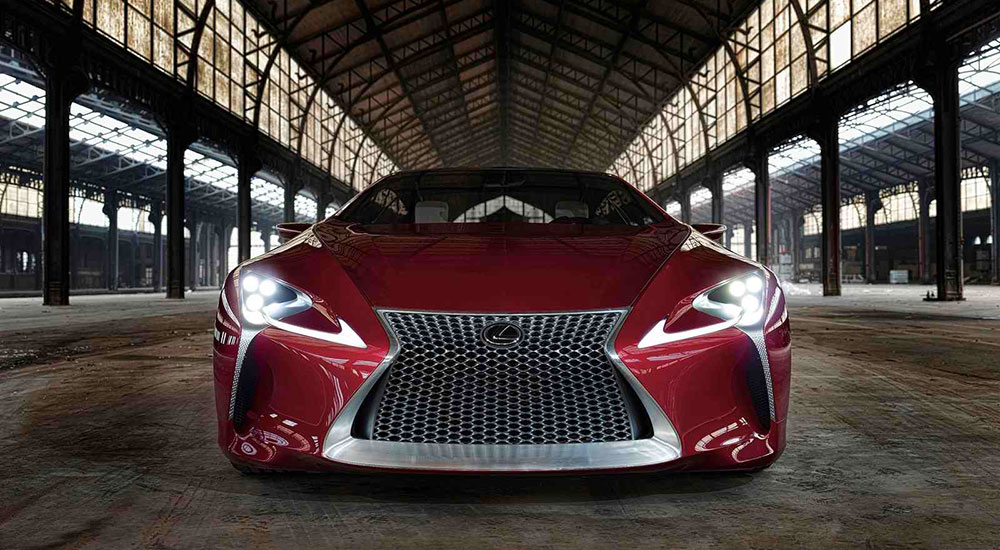 Bloomberg has more information on the upcoming Lexus LC coupe expected to debut at the Detroit Auto Show in January:

Lexus will probably put LC into production by 2017 and make only 2,000 to 2,500 cars per year, according to IHS Automotive estimates. Brinley said LC will likely be assembled where Lexus built the LFA supercar near Toyota’s headquarters in Toyota City, Japan.

The LC probably will be priced similar to the NSX, which will sell for about $150,000, Brinley said.

“If you look at our lineup, we sell for a lower transaction price than our German competitors,” Jeff Bracken, a Lexus group vice president, said in an interview. “That’s why it’s urgent that we consider a concept like a premium luxury sports car.”

Honestly my opinionI think Lexus is going in the best way to make its brand the BEST!When making the price of the car over those big brands such as (BMW, Porsche and Maserati) in its segment means that the car can stand out for it competitor![PLUS+] In the near future hopefully, when people think about Lexus they will be thinking bigger. Not like it used to be before.(EXAMPLE***) Whenever anyone buys any German branded car, they will always be excited to have it no matter how the car is. However, when people buys a Lexus they gets excited but not as the German branded cars.I'm sure Lexus is trying to change that kind of thinking when it comes to Lexus brand.My self (I'm ALWAYS more than HAPPY to be owning a Lexus) specially in the middle east, cause people in my place who owns German cars they will always be owning wether a Japanese car such as a Lexus LX570, Toyota Land Cruiser or a Nissan Patrol as a second car. Because they cannot use the German branded cars as a daily basis car like the Japanese cars, because of the weather we have that goes from 45c to 51c in summer.
A little too pricey for what it will be....Also, Krew just some feedback: Im not really a fan of linking articles with older similar ones. It really confuses me when Im reading these comments. Sorry....just giving feedback! Not trying to be rude!
This is probably the LC F, since it;s being compared to an NSX and Gran Turismo. Also, only a high-performance coupe would hit 150K. This guy doesn't know what he's talking about.
Expecting to see the LC at around $90k and the LCF around $125kBD