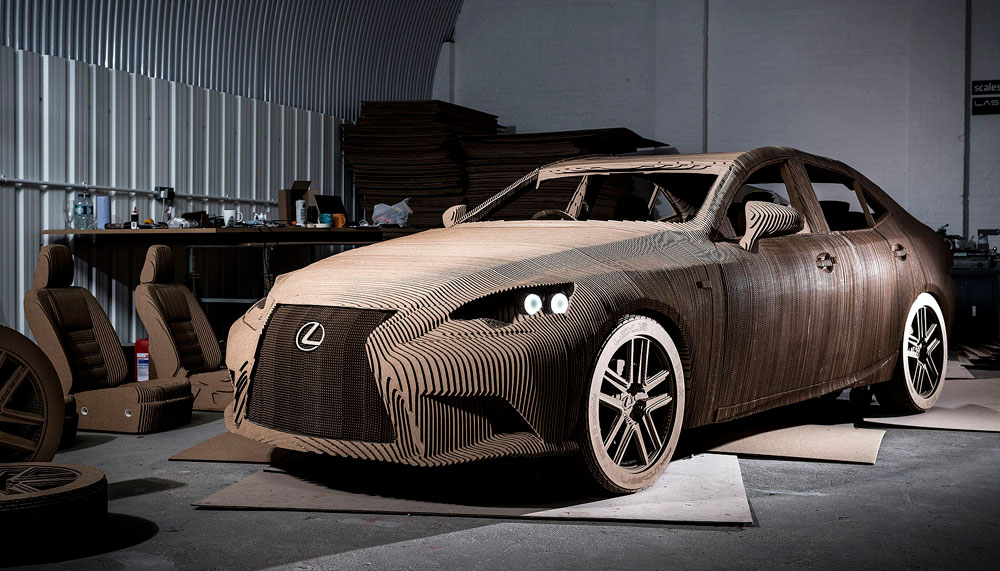 Lexus UK has created an IS made completely from cardboard, which they’ve called the Origami Car — here’s a video with the full story:

Each cardboard panel had to be individually laser cut and then assembled with glue, and the interior is fully articulated. The entire vehicle took three months to build — the level of detail is absolutely amazing: 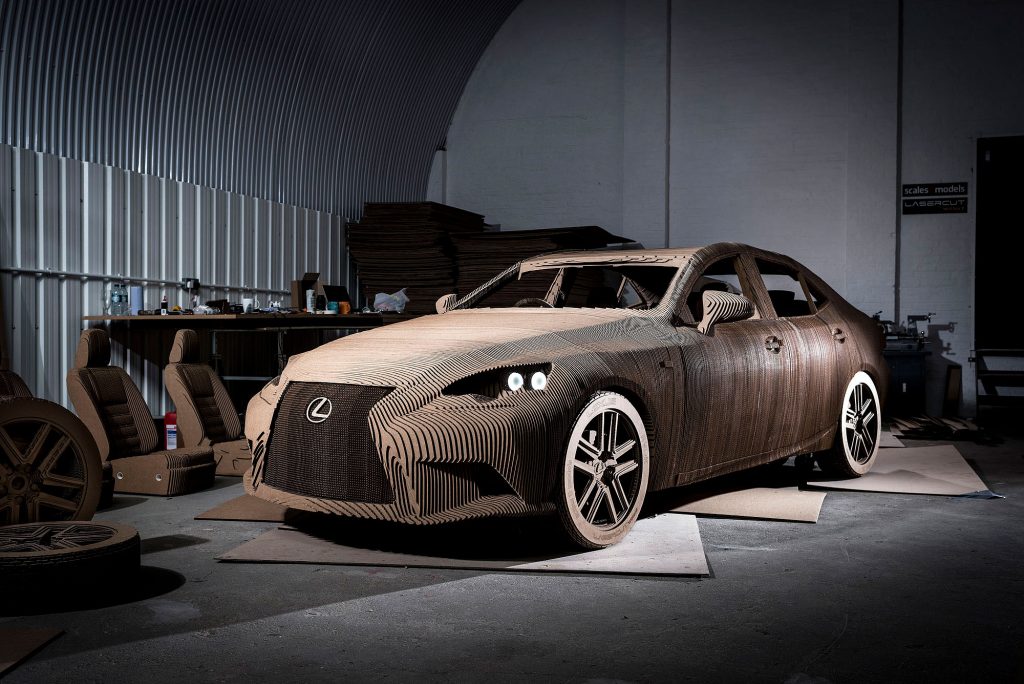 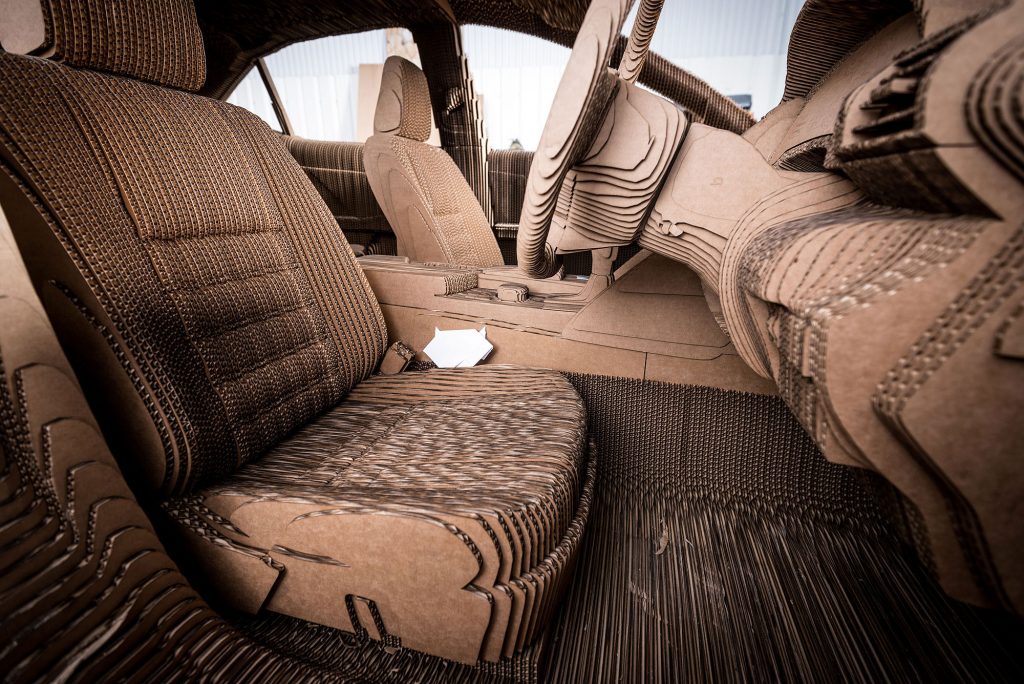 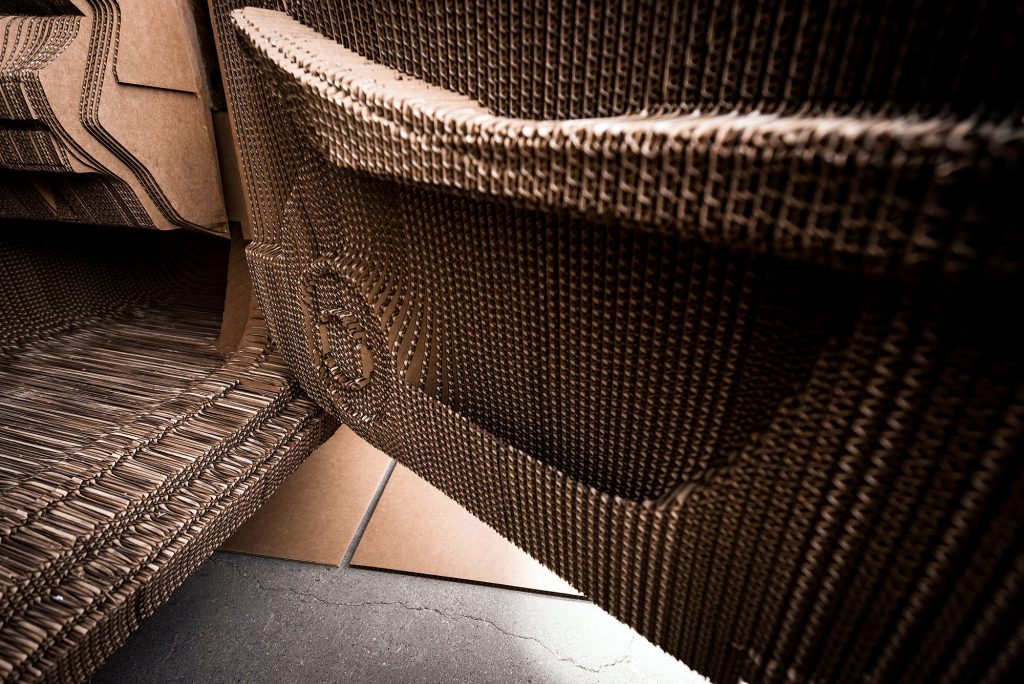 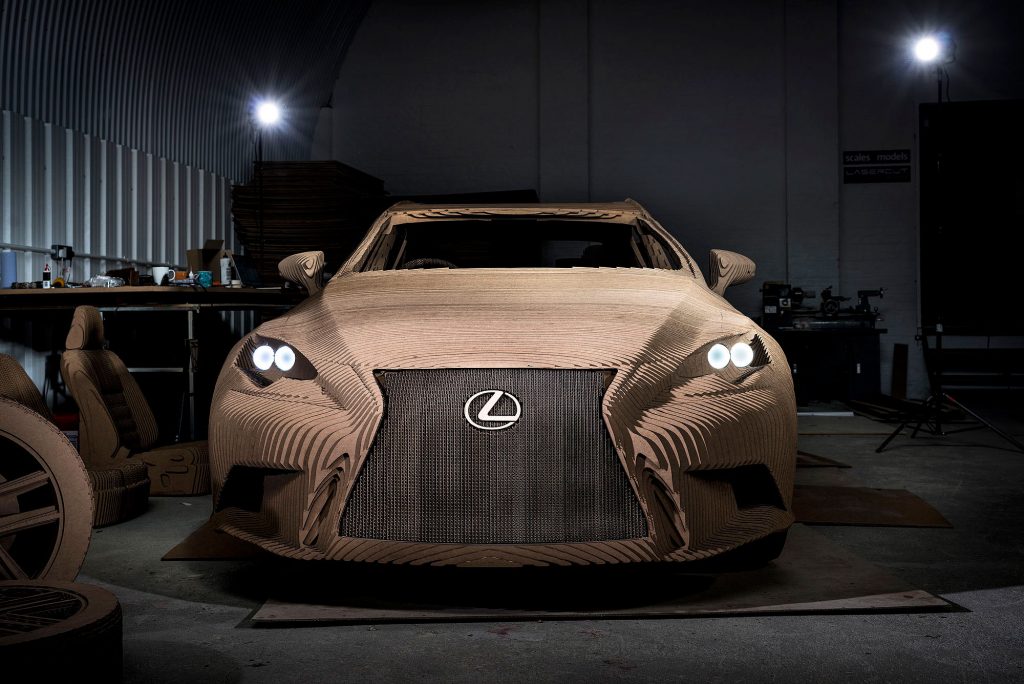 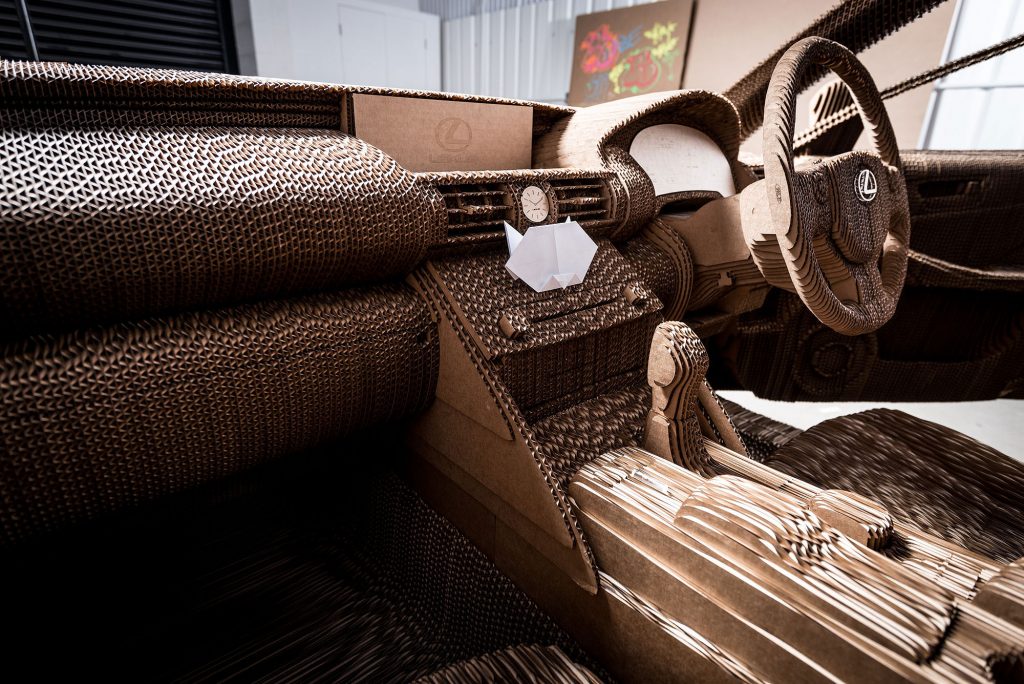 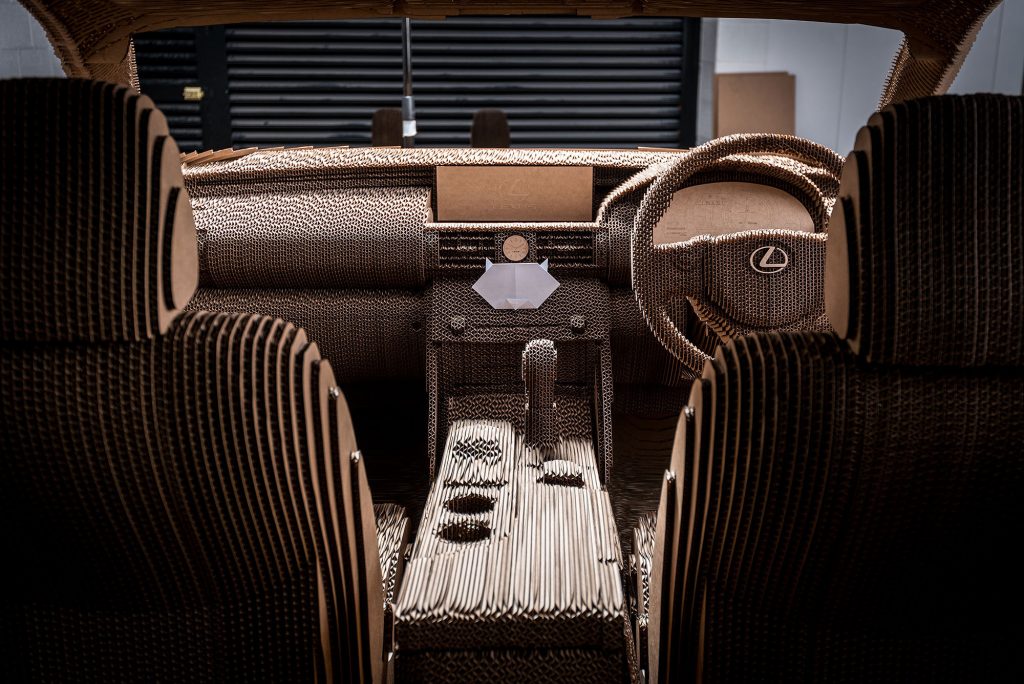 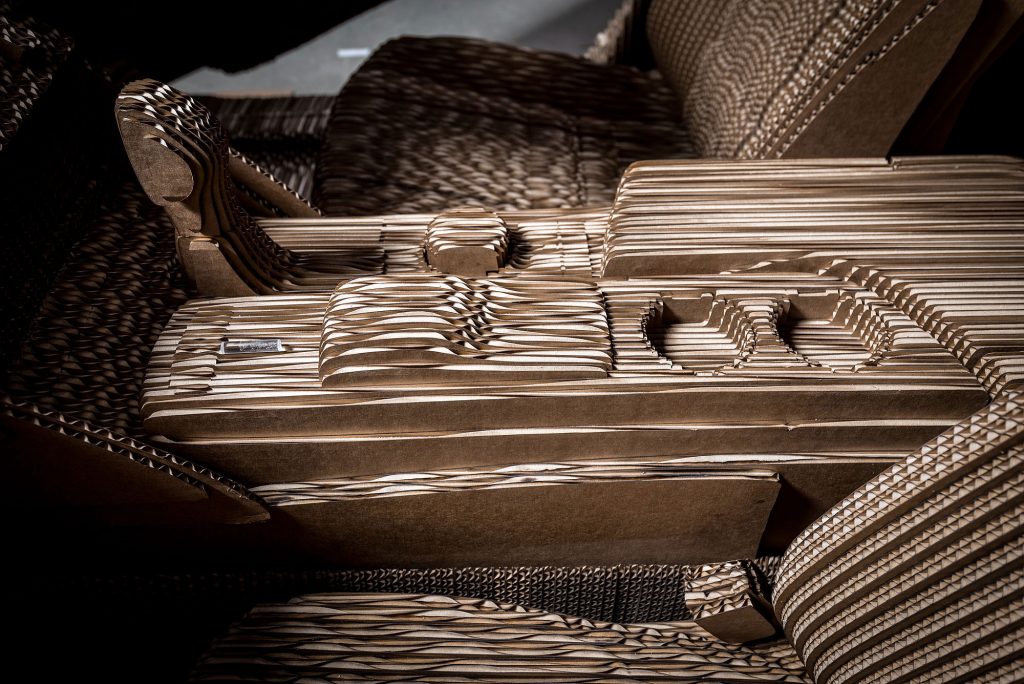 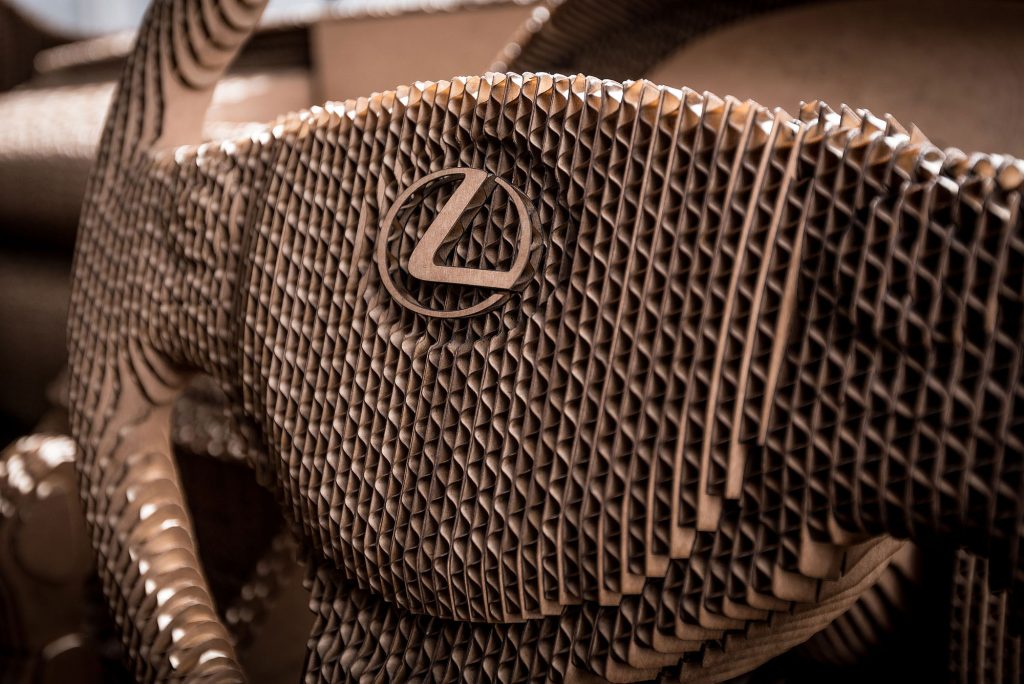 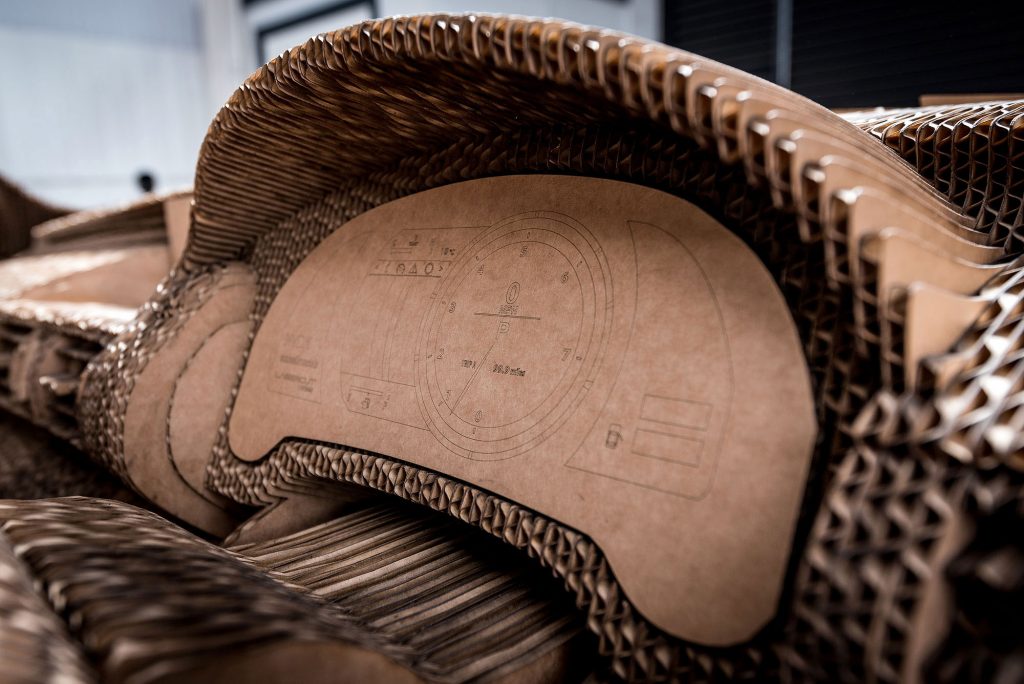 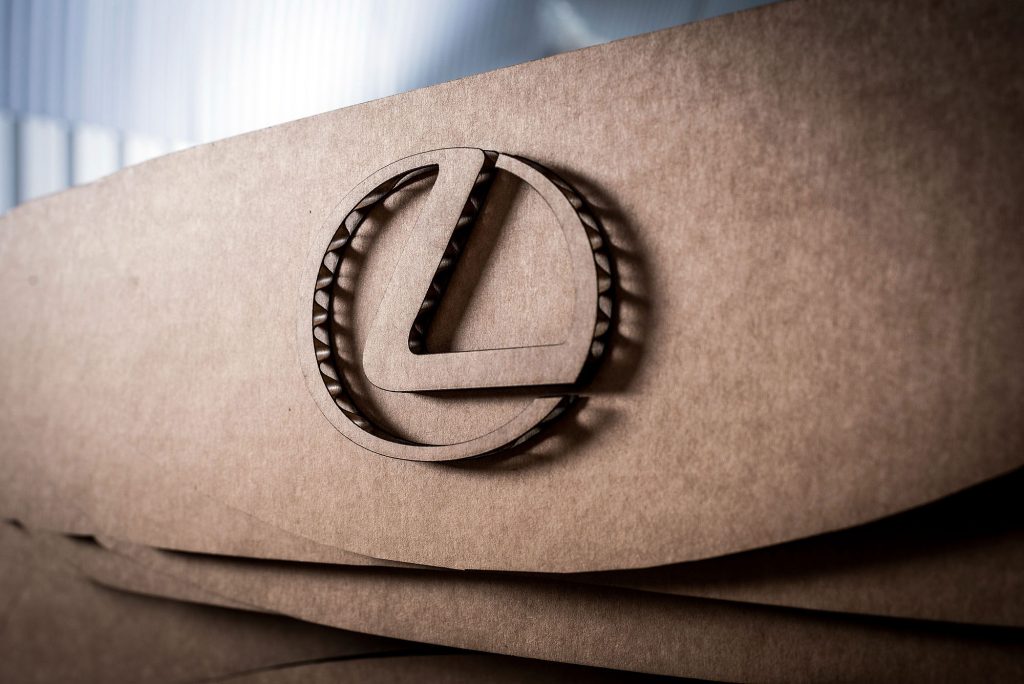 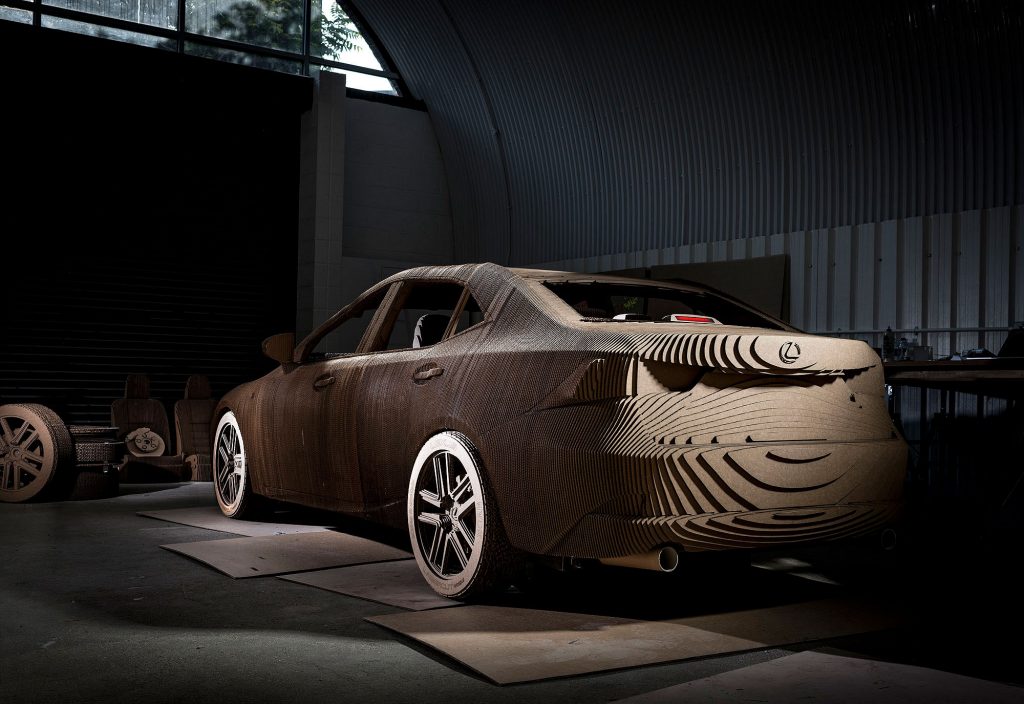 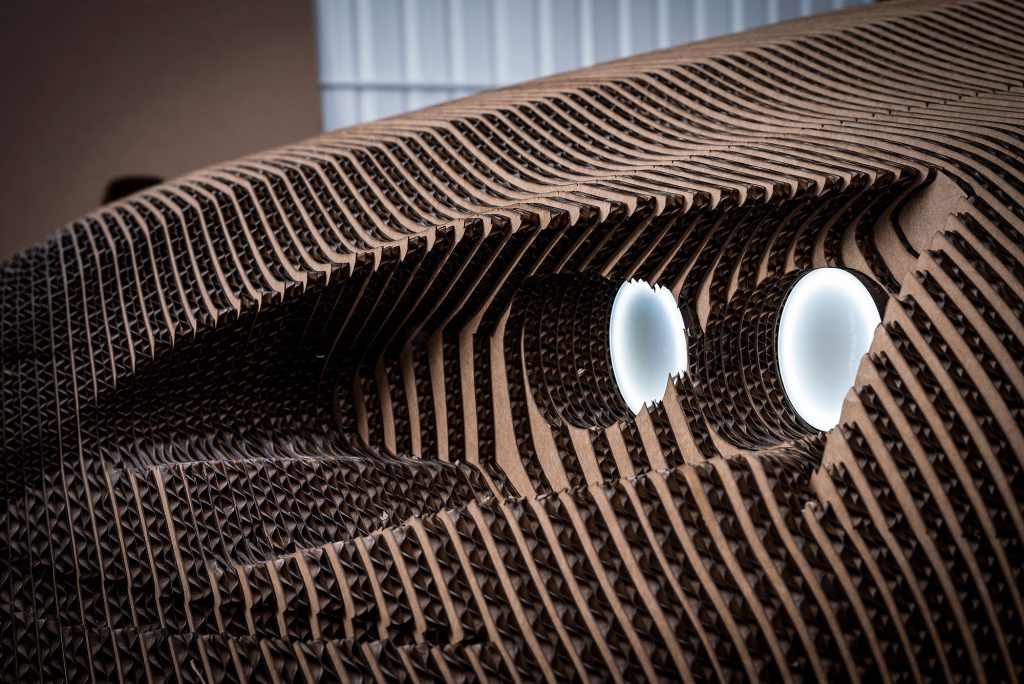 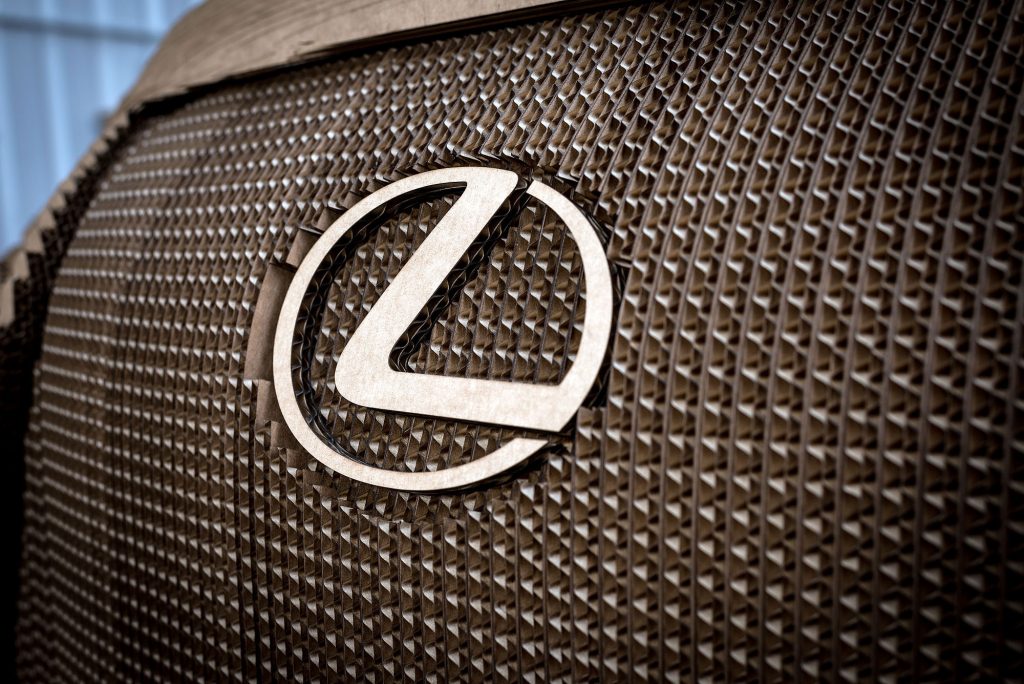 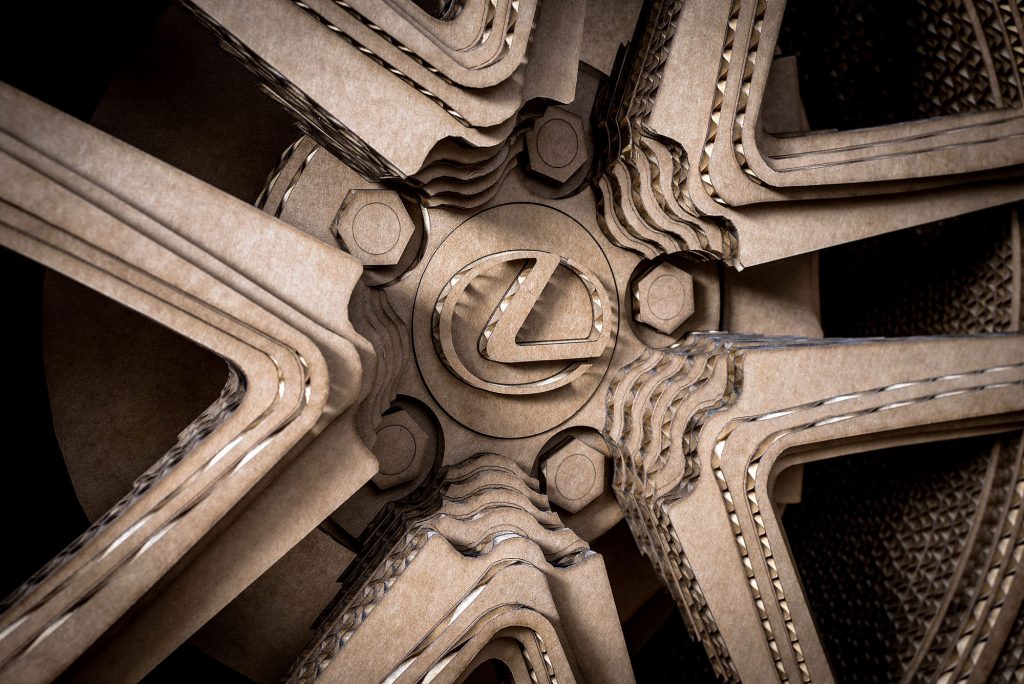 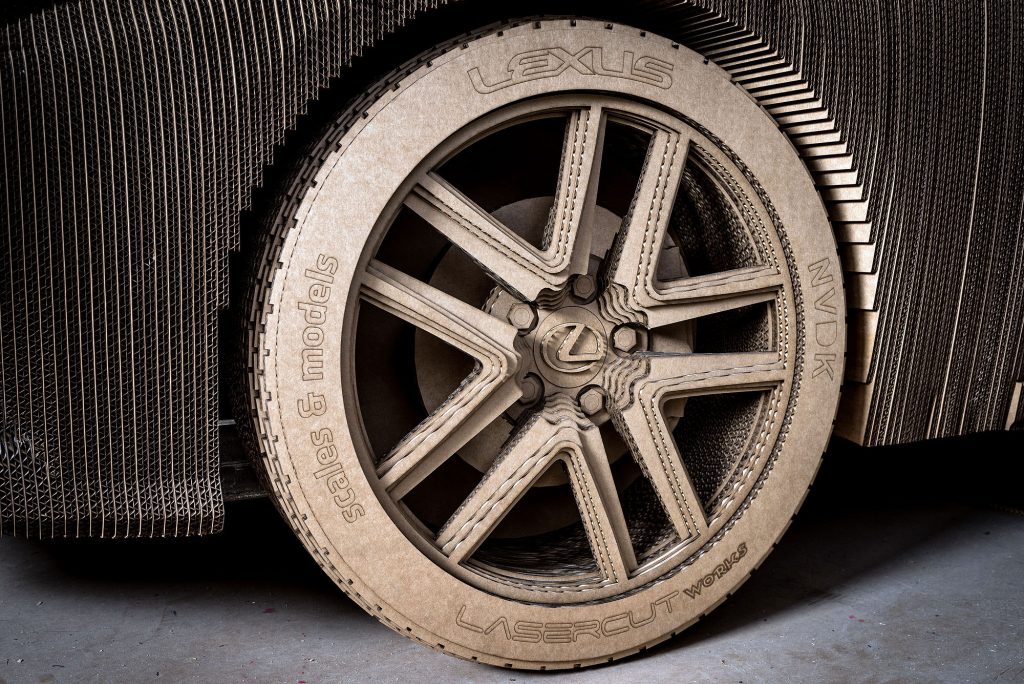 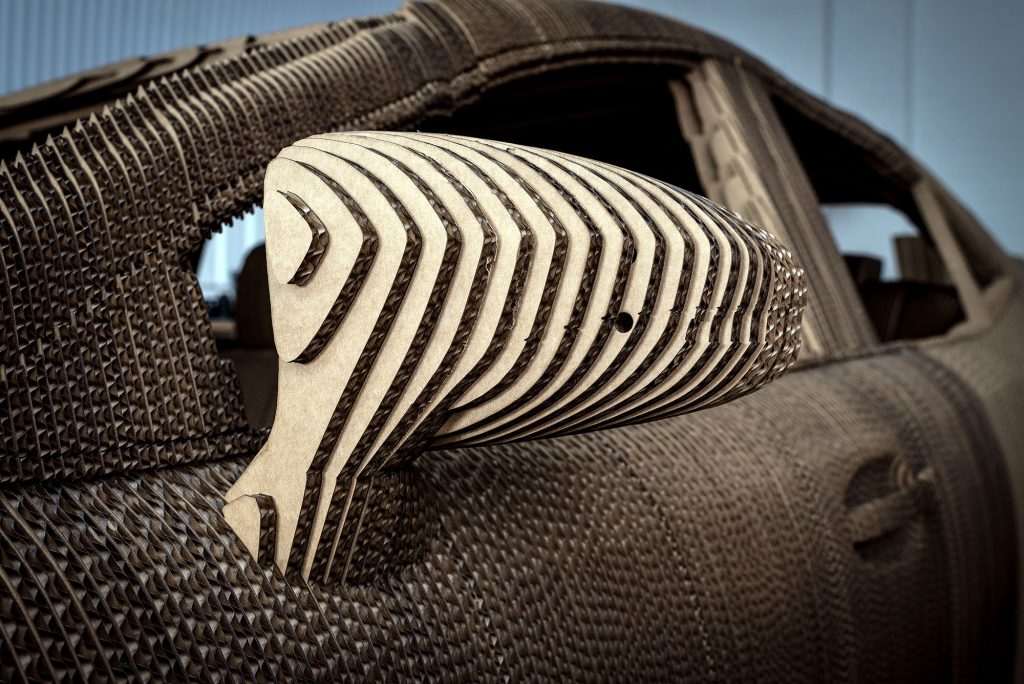 The cardboard IS was built by Scales and Models, a company from London that builds prototypes, architectural models and bespoke commissions:

Each layer was given its own reference number to help ensure it was assembled in the right sequence and the entire assembly was done by hand. A water-based wood glue was used, which had to be left to set for 10 minutes after each application. Accuracy was vital, as changes couldn’t be made once the glue had dried.

I somehow wish it have a cardboard engine inside ! XD
That's awesome!
This is one wicked work of art!
Ironic how they used a wasteful material to make a model based on a hybrid.
it's cool but seems like they don't know the meaning of origami ....origami is the art of folded paper....this is far from that....it's just made of slices of cardboard....cool but not origami :S
I'm sorry, but that actually scares/disturbs me (in a childlike manner). Still a creative effort, but I really cannot look at it with ease.
Interestingly enough, this is also Lexus' first electric car!
Driving the NX 450h+