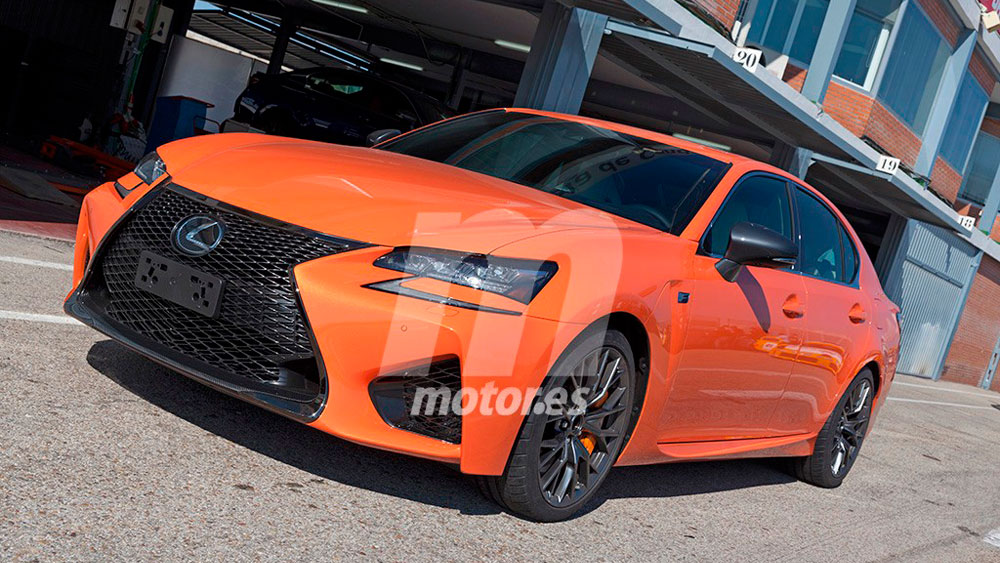 A Lexus GS F in Molten Pearl has been spotted in Spain by Motor.es, and it’s quite a sight to behold:

Even with the GS F focus on performance, releasing a four-door sedan in orange is a bold move from Lexus. But let’s not overlook a fact even more important than the color of the GS F — these photos were taken at a racetrack, which can only mean good things. More on that later this week!

I'm excited!
Man can we get some driving impression of this beast already ? lol looks great in that color... some nice wheels with a drop.... mmmmmmmm
would rather get ultrasonic blue, has always been my favorite since the debut of the ISF
I have now driven a GSF at product training for new vehicles coming into the brand. Drove 3 RCFs on track and then the GSF, and I must say, the GSF really holds its own. Felt much more balanced and precise than the RCF. Very exciting car to drive indeed
I wonder if Molten Pearl and Ultrasonic Blue will be available on the GS FSport.
The name "Molten Pearl" still seems really awkward to me. lol. But definitely glad it's on the F Marque Exclusive Palette. Really need to add the LFA's yellow to that Signature Color Palette. I still drool w/e I see that Vossen IS F Sport in yellow. Sexy car Mike.