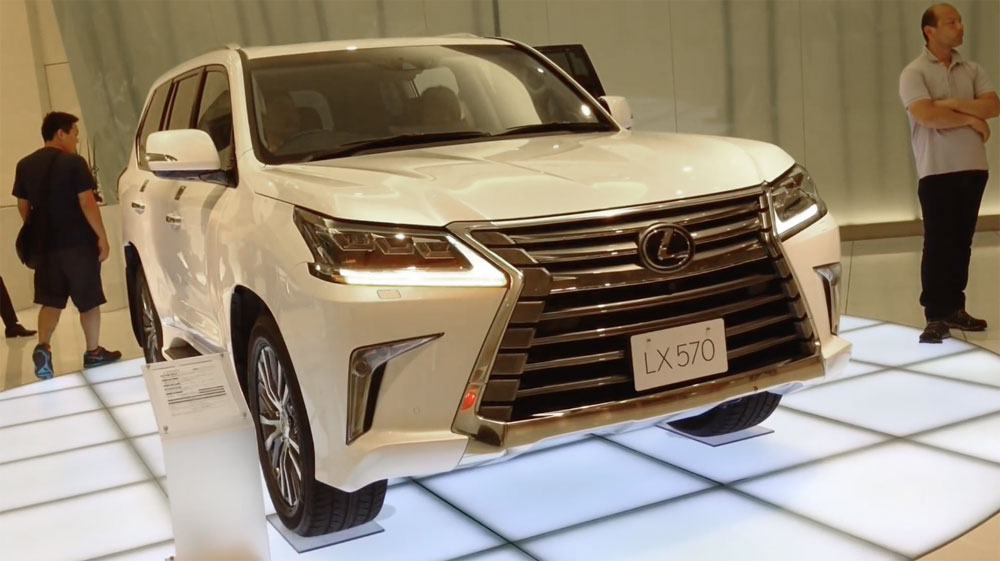 Two new videos of the 2016 Lexus LX 570 have been posted on Youtube — the first video is a detailed 12-minute walkthrough of nearly every surface and feature of the updated SUV:

Taken at Nagoya Midland Square alongside the new RX, it’s certainly the most thorough look at the new LX that we’ve seen so far. Nearly every interior and exterior surface is covered – right down to the cooling box and inside of the rear hatch.

There’s not much to go on, but the black paint contrasts nicely with the new chrome exterior accents and makes for an imposing flagship SUV. Very impressive.

I really do like this new LX, they did an incredible job with this refresh. They should do something to the GX to make it as handsome as this luxurious yacht. Lexus is doing extremely well with their F Sport models, add a LX F Sport and GX, it doesn't hurt to try.
Too big hopefully the gas consumption is good
wonder when lexus will start selling this