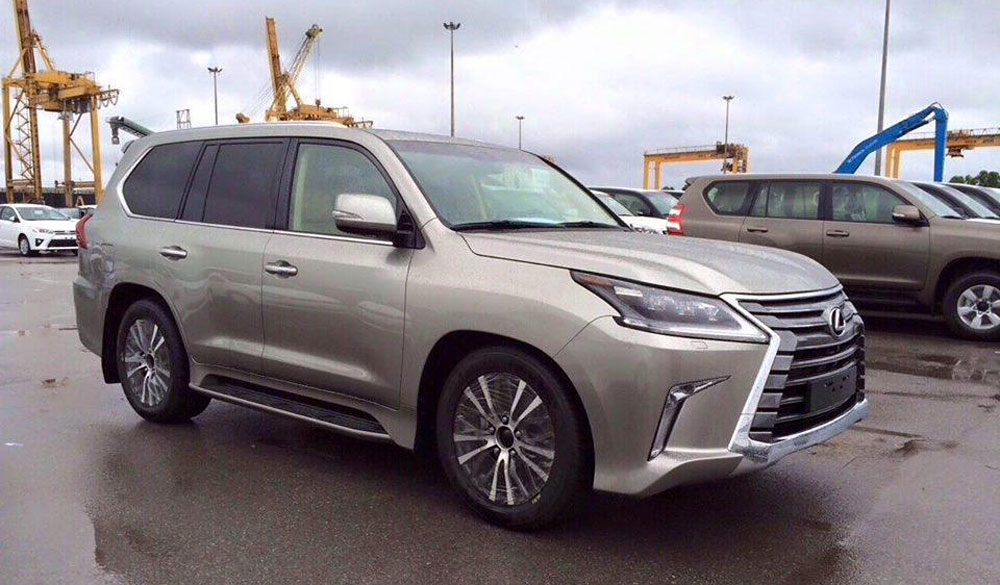 The updated 2016 Lexus LX 570 has been fully revealed by rogue Instagrammer Hamad1two3 and Australian website The Motor Report — here are all the photos from the last three days: 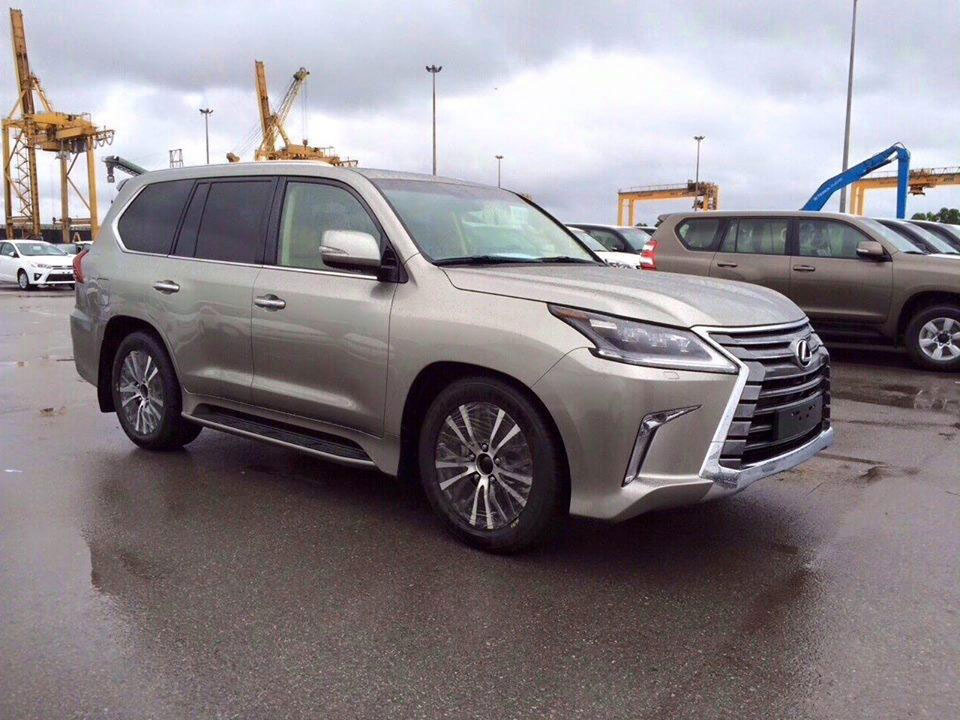 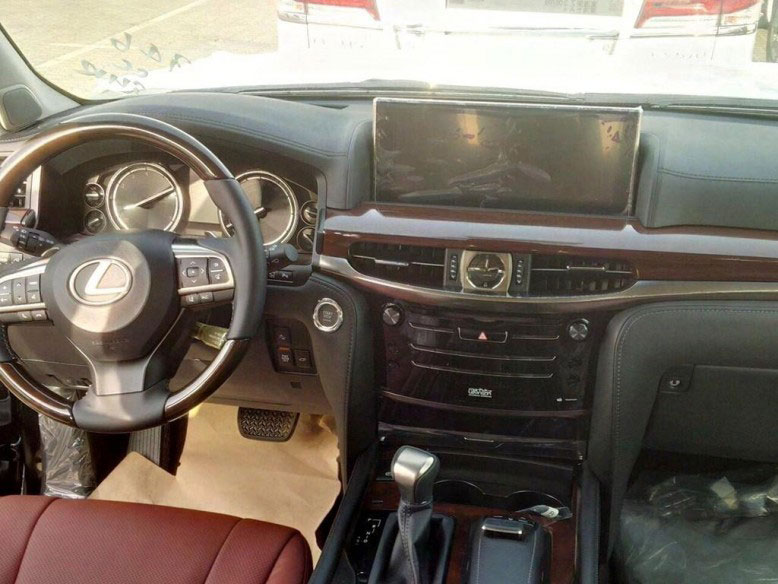 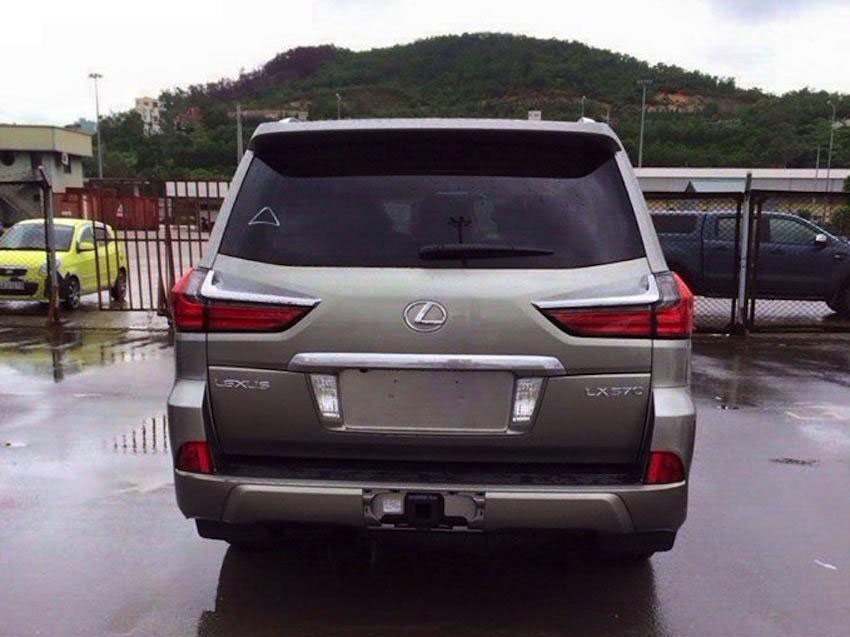 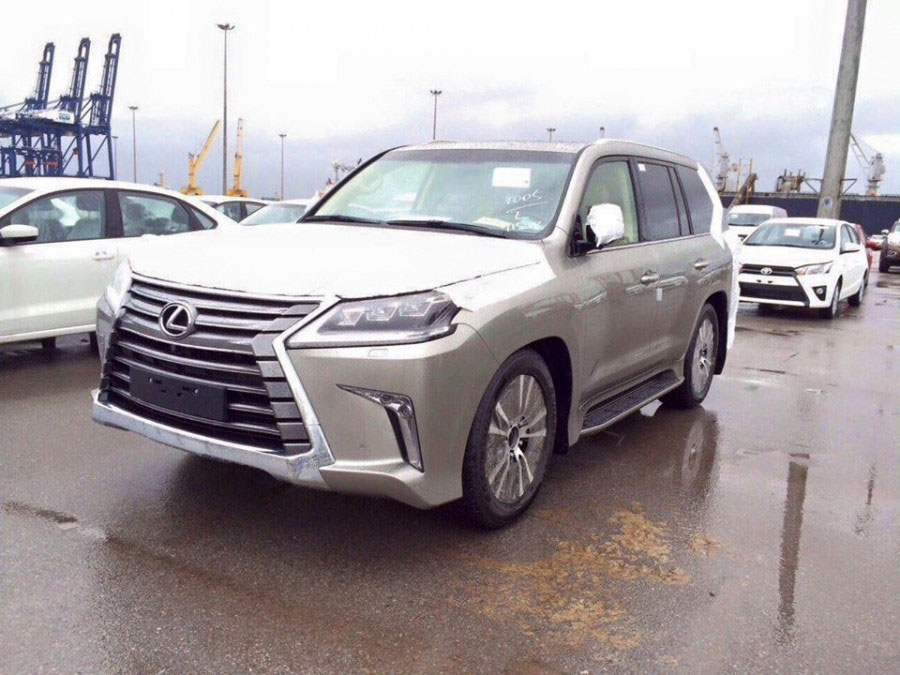 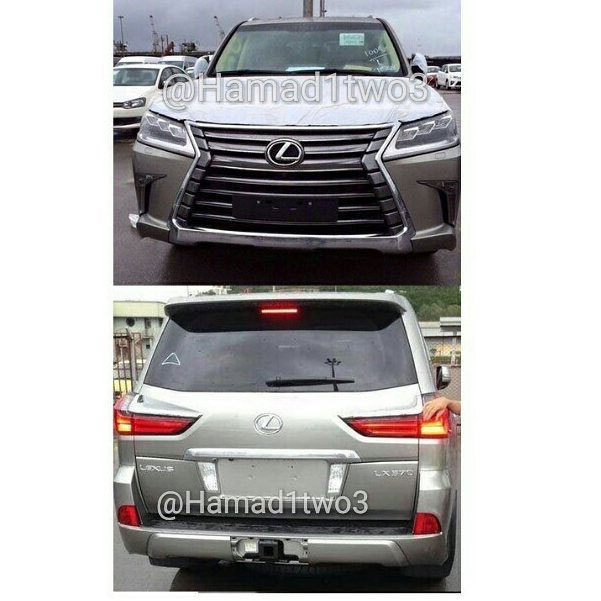 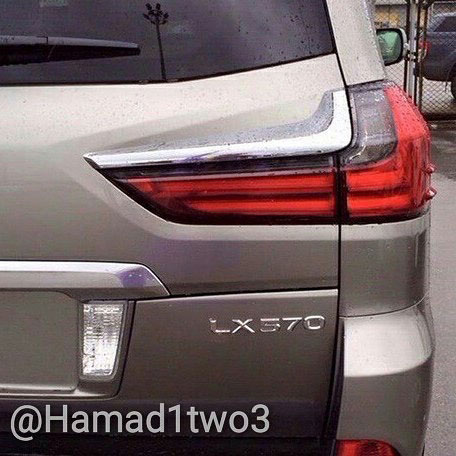 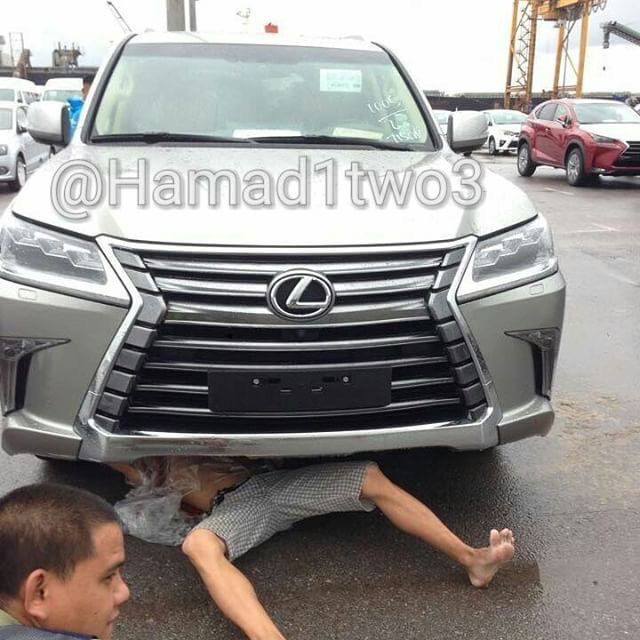 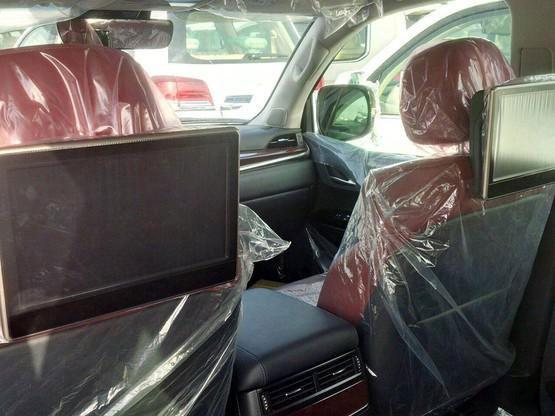 The changes to the front are extensive — the grille appears to be taken from a previously-unseen Lexus spaceship concept, complete with a shield-like design and massive amounts of chrome:

The changes to the rear are much less pronounced, but still manage to boost up the chrome quotient with chrome L-shapes around the taillights: 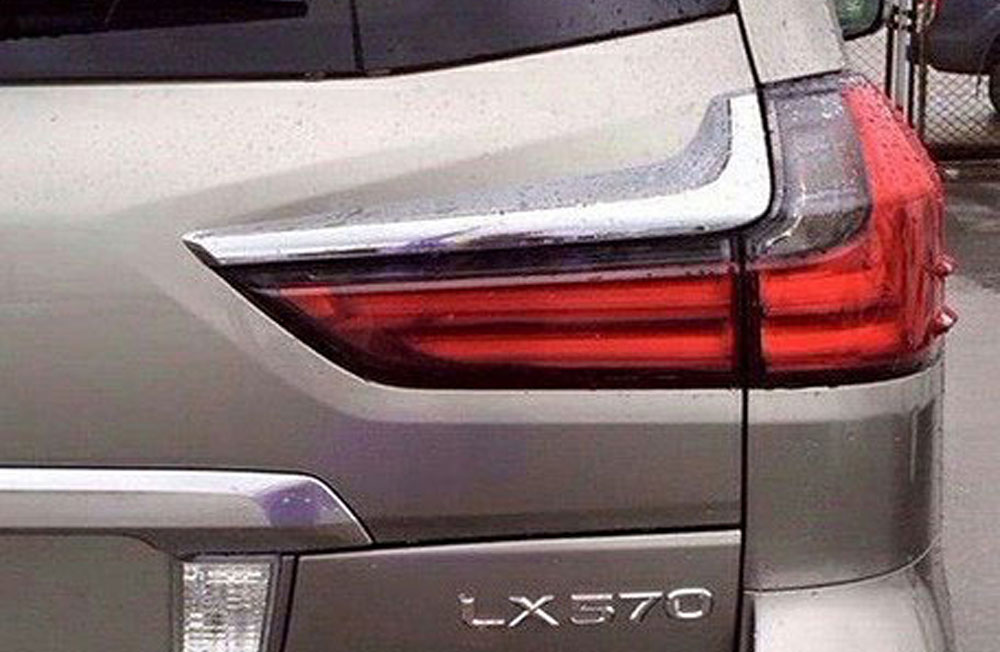 Despite the full design being revealed two months ago on Facebook, these real-life photos of the updated 2016 LX still managed to surprise me. Lexus has taken their flagship SUV in a completely unexpected direction — the nondescript Satin Cashmere Metallic exterior does the design no favors, but the LX in black or dark grey is going to be downright intimidating.

Enough from me, what’s your opinion on this update?

Thanks everyone for sending this in, I was away this weekend!

Looks very good!! Only thing I don't like is the top taillight... It seems too small for a giant suv like this.
My friend there definitely wants to take a closer look at this beast...lol. The next project should definitely be the GX, it looks too much like the Toyota Prado, and I'm not a fan of it.
it's weird how the lexus SUV's do not have divorced headlights like the RC, IS, NX, and GS-F, i thought they would follow through with divorcing the lights through the lexus lineup, but who knows this is only a facelift for the LX.
looks like http://vignette1.wikia.nocookie.net/marvelmovies/images/6/6c/DestroyerLumaVFX1-Thor.png/revision/latest?cb=20140102041939
it's so mean-looking! i love it!
For me, It looks more like a new GX than LX... maybe I'll wait till I see it in person... Interior, excellent! (I wish Lexus built ala Bentley leather seats.) Agree the top tail light should be wider and with better bigger wheels!
Driving the NX 450h+