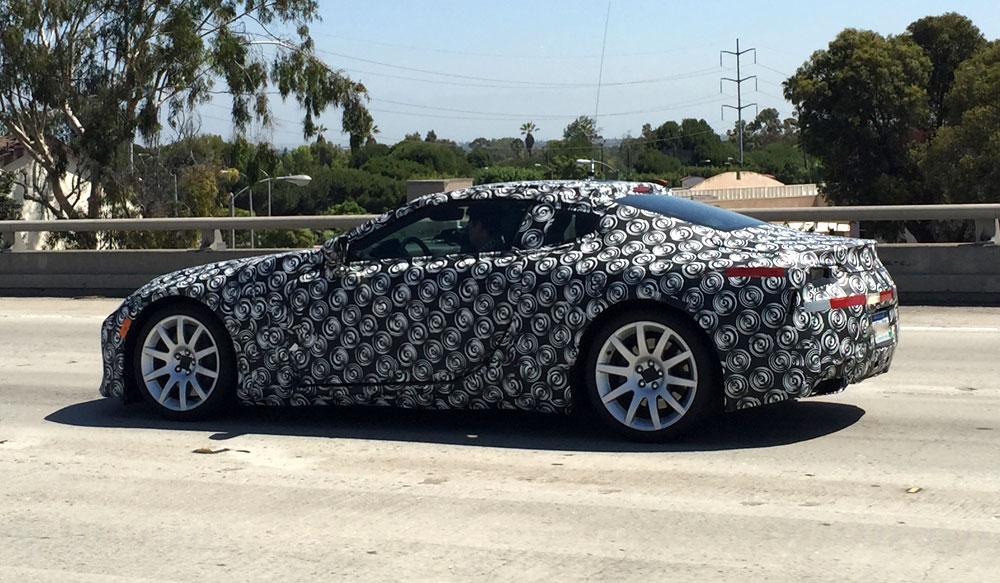 The Lexus LF-LC production prototype originally seen last week in California’s canyons has been snapped again, this time on an Los Angeles freeway by French website Auto Plus.

With previous spy shots providing a camouflaged look at the front and rear ends, this is our best look yet at the prototype’s side profile — let’s compare to the original concept: 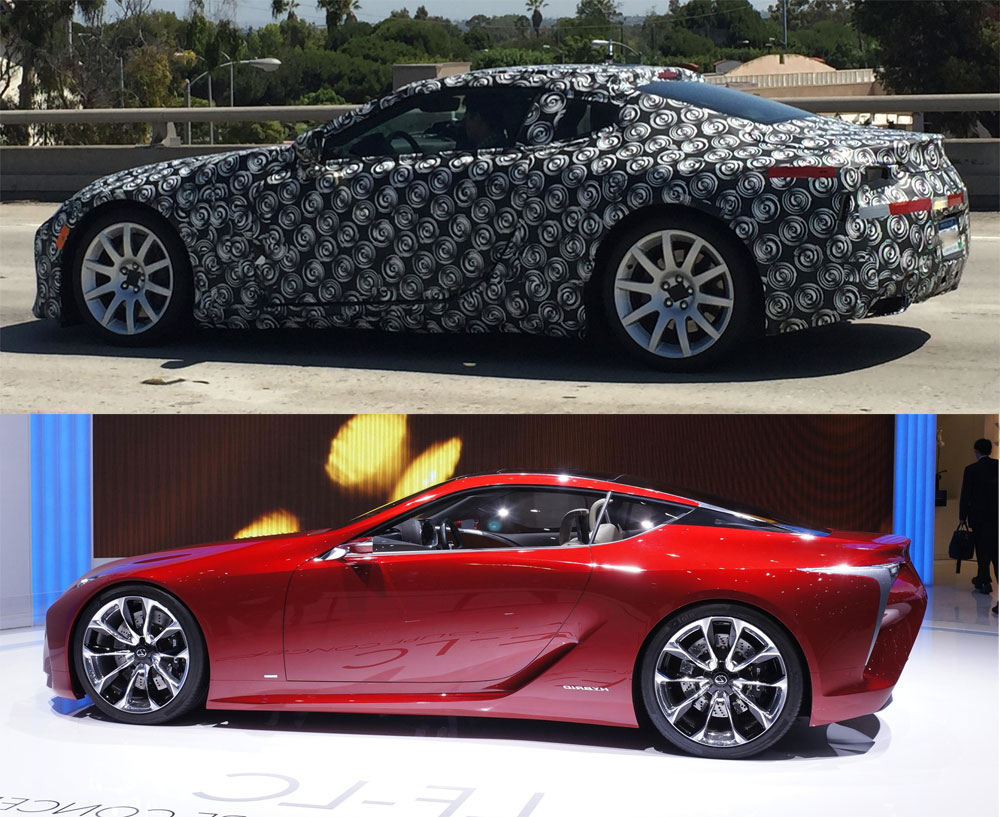 True to the LF-LC concept, the long hood leads into a sweeping greenhouse, and it’s possible to make out the vent just behind the door. This latest snapshot also shows a rear bumper that’s a little smoother and less pronounced than the concept.

One of the most interesting design elements is the intersection of the hood line, front door, fender and rear view mirror. This was neatly integrated on the concept, giving a “swept up” appearance from the side. Looking at this spy shot, the same integration seems destined for production.

Visibility? That's some serious rake in that back glass.
I think it is a given the LC 500 has a naturally aspirated 5.0l V8. But what is the LC 500h? Most likely a naturally aspirated 4.0l V6 hybrid, but really disappointing, or hopefully a turbocharged V6 hybrid, which would be a first for Toyota combining turbo and hybrid. But even so, the LC F with turbocharged V8 is missing, and no name has been filed.
The LFA was mid-engine, dry sump, transaxle. Will LC be the same, especially if it is benchmarking 911?
Lexus uses the ZF 8 speed automatic, if they continue using it, they might then get the ZF 8 speed transaxle that Aston Martin uses. It would benefit the LC.
Driving the NX 450h+