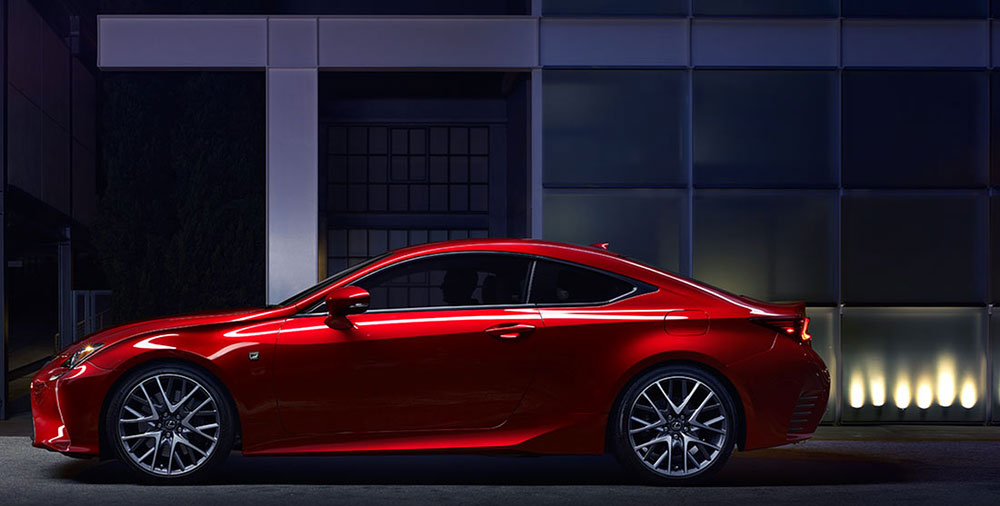 The 2016 Lexus RC 200t has just been announced by Lexus Europe, making the year-old coupe the fourth model to be offered with Lexus’ new 2.0L four-cylinder turbo engine.

All versions of the RC 200t will feature the eight-speed transmission from the RC F. The F SPORT version has two additional enhancements — a Torsen Limited Slip Differential that adjusts torque distribution to the wheels, and an Adaptive Variable Suspension (AVS) for on-the-fly suspension adjustments.

(While Lexus Europe is the first to announce the new engine option, it’s a safe bet the RC 200t will be offered worldwide like the IS 200t.)

Sales should increase with this affordable model, Great move by Lexus!

I wonder why automakers even bother to continue with open differentials. I'd like to see LSD's standard across the board, though they don't all have to be Torsens. It would give vehicles better traction on slippery surfaces, particularly with RWD, where traction is often poor to start with.
I don't expect a lower price. Just a third engine option like the IS. Goes back to the old and now new again argument in the 2016 Camaro and Mustang. If you want a sporty car and are not willing to pay for the gas in a more powerful engine, why bother? Sports and sporty cars with 4 cylinder anything is a contraction. Leave the 4 bangers for the family rides and the mommy mobiles. I completely understand the CAFE standards as being the reason manufacturers are doing this, but I've lost enthusiasm for Lexus since this was announced. I purposely denounced the German Big 3 (Audi, BMW, MB) for their use of 4 cylinder engines and now the rest of the world follows. I'm hanging onto both of my 2015's to term this time or I'll be shopping elsewhere. Killing Matador Red Mica in the IS didn't help either, though I'd figure part of this if they made an Infrared IS and ES.
Very disappointed to read 0-62 km/hr of 7.5 secs for the RC200t in the Toyota report, when the quoted brochure km/hr for the NX 200t is 7.1 secs. What have they done with the mediocre 7hp increase for the RC 200t to make it 0.4 sec slower to 62 km/hr?
That pictures... In that red and that lighting the RC looks amazing. LSD and a manual trans would turn this car out.
Driving the NX 450h+