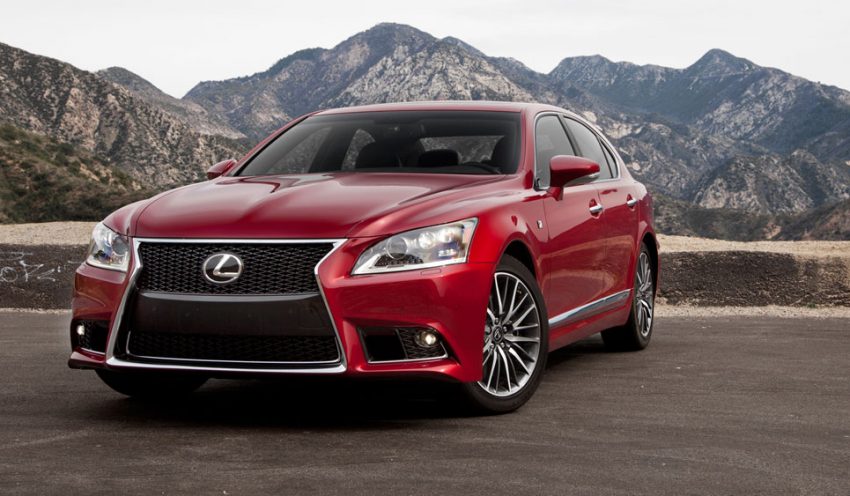 Motor Trend has a review of the 2015 Lexus LS 460 and LS 460 F SPORT, and despite the insistence on performance testing, it’s mostly positive for a flagship sedan in its twilight years.

There’s plenty of focus on price:

The eight-cylinder BMW, Audi, and Jaguar all start at nearly or just over $90,000, which makes the $73,445-to-start Lexus LS a value option, even though the Hyundai Equus and Kia K900 are even cheaper. And no, we haven’t forgotten about the class-dominating Mercedes-Benz S-Class, a long-wheelbase-only sedan that starts in the mid-$90,000 range.

Performance in flagship models seems like an abstract concept, but this quote from the review stood out for a different reason:

Almost no one test-driving an LS 460 is going to stab the throttle and say, “This car needs 70 hp more,” but reasons for buying a full-size luxury sedan aren’t always rational, are they?

Considering the LS is powered by a nine-year-old engine, being outperformed is hardly surprising, but the times from the Audi & BMW forced-induction non-V8 options are impressive.

When that engine was introduced, it was just slightly down on torque versus the Benz engine that was nearly a whole liter larger in displacement! I am really hoping that Toyota and Lexus have spent all this time developing the next amazing Ward's 10 Best Engine that will deliver power better and sound better than the turbos of the competitors'! Of course, I am only dreaming. Then again, a little tinkering with the RC F 5.0L V8 should give it ample torque delivery while maintaining fuel efficiency by emulating the Atkinson Cycle! Seriously, though... Why have Hyundai and Kia upgraded to a 5.0L V8 in both the full-size and mid-size sedans while Lexus is still stuck at 4.6L in only the full-size sedan?!
Agreed. Even though lexus may say they aren't chasing numbers, they really are. And the next gen LS is something they really need. Not only for sales numbers but to prove to the world again that lexus can make one of or the best full size luxury vehicle