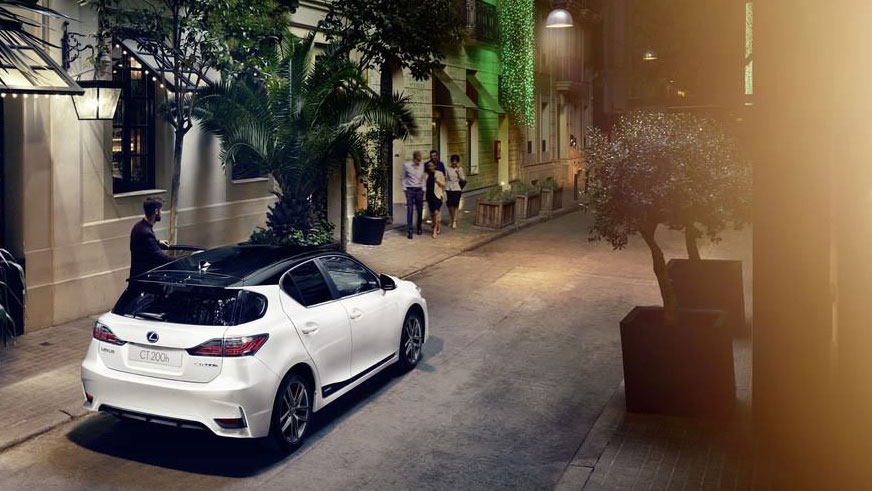 Motoring Australia is reporting that the Lexus Geneva concept will not a sedan based on the CT, but rather B-segment city car:

Lexus appears likely to produce a direct rival for Audi’s smallest model, the A1, following news that it will reveal an all-new B-segment concept at the Geneva motor show next month.

A senior Lexus official last October confirmed the company’s intention to reveal a fresh small-car concept at Geneva. Then we understood it would be a sedan based on the CT, which shares its platform with the Toyota Corolla and Prius.

Now Lexus sources have revealed to motoring.com.au that the concept will in fact be smaller than the CT, previewing the car-maker’s first step down into the Light car segment.

It’s unclear what form the first Lexus light-car will take, but we expect it will be a five-door hatchback based on the Toyota Yaris platform.

If true, this would a significant change in vehicle strategy for Lexus — in July of last year, Lexus International vice-president Mark Templin very clearly stated to Automotive News that the brand would not build a car under $30k:

“We could go down and build a car under $30,000, but it would be decontented, and you’d be cutting corners. It wouldn’t be a Lexus,” Mark Templin, Lexus International’s executive vice president, told Automotive News.

“To be honest with you, you can’t build a Lexus with the quality, the durability, the reliability, the craftsmanship, the content that we put in a Lexus and sell it profitably under $30,000. You just can’t do it,” he said.

Even so, an earlier Autocar interview with Lexus Europe vice president Alain Uyttenhoven was less committal:

He noted that premium cars were getting ever smaller, and around 60 per cent of premium models sold in Europe were sold for less than 40,000 euros. “The premium market starts with a car as small as the Audi A1,” he said.

As a big fan of city cars and small cars in general, I’m hoping this new rumor is true. As a segment that makes up 60 percent of premium sales in Europe, it could be the model that helps Lexus establish a more significant presence in that market.

Either way, city cars are definitely a controversial topic when it comes to Lexus enthusiasts — what do you think of the new rumor?

I'd love for this to be true. If anyone can make a car like that feel special and refined enough to make it worth the higher price than a Yaris it's Lexus.
I loved my Yaris, I love my CT even more.If Lexus made this, I would get one :)
The trend in Europe is clear: smaller and more environmentally friendly cars. A small luxury hybrid converts the wind out of the sails of competitors .... Could all best, taking into account that this is represented in Europe ...
"Range Minded" new car, makes sense.
If this proves to be true, Lexus had better make a vehicle worth looking at (over the Germans) , and not make a cheap looking vehicle. What I mean by that can be seen with the first model years of the CT; I very much hate wire antennas that stick up from a car (like a couple Infiniti models) and the CT was one of them. Sure it's a small example, but it's the small things that makes Lexus what it is compared to other brands. I will say though, the recently refreshed CT looks a million times better.

Lexus better use something besides the mediocre Yaris as a starting point. A $25k Lexus Yaris with leather and a solid rear axle? *Barf.

Small hatch backs are a big deal in South Africa too.
Might be true. Might be a wise decision not to leave this large segment uncovered! Lexus never kept to what they siad. "No car below the CT" could as wrong as "no 4-cylinder in the GS" etc.

I don't recall any single company throughout all industries that kept to what they said.