The study, which looks at problems experienced in the first 90 days of vehicle ownership, was redesigned in 2013 to better reflect issues related to new technologies and features. As a result, Lexus fell to third overall behind Porsche & GMC after being first for the past two years — here’s a snapshot of the results: 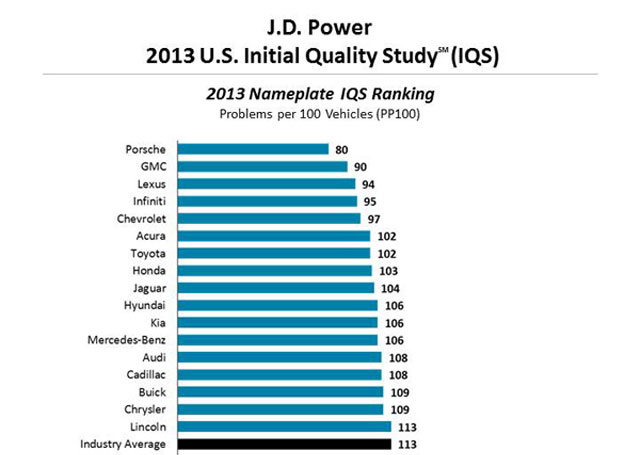 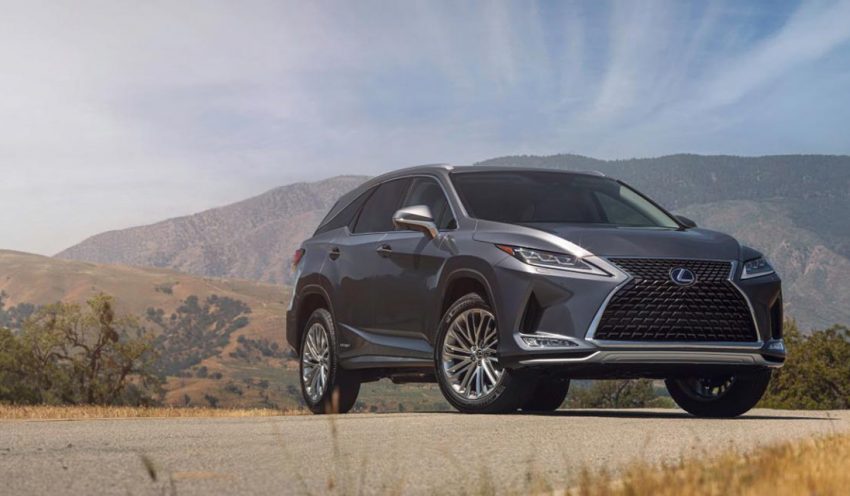 1. The Toyota Camry plant of Lafayette, IN was the best plant overall 2. Ford and Nissan IQS scores rocketed towards the bottom. 3. My problem with JD Power has always been the same. They need to weight the ratings based on your production volume & price. Comparing Chevrolet, which sells over 2 million cars a year domestically, and Porsche, which sells 2% of that, literally, makes no sense. If you are only making 40k cars, your quality SHOULD BE near perfect. I wouldn't expect the Chevy to have the same quality as the Porsche, because of it's volume of production, and it's not $70k. For example, if you factor in average transaction price and production volume, Porsche would never win. It's hard to maintain high quality when you make 1-2 million vehicles a year. Easy when you make 40k...... BD

I like the JD study as is as it shows which cars/brands are at the top. As a consumer, I don't care if 2 million or 2000 vehicles are made. If the 2 millionth vehicle is more reliable than the 2000th of the other brand, so be it, it's the one I likely will buy. However, a weighted result as you suggest would would interesting to compliment the current study to give a "quality per $ or value" score so a consumer can also choose wisely and put his money down on the best bang for the buck...

"The report also showed that the majority of problems owners experience are design-related as opposed to manufacturing defects. Other findings from the study revealed that nearly two-thirds of owners reported problems involving design over manufacturing defects. Other complaints center mostly around driver interface, with voice recognition as the main issue, followed by Bluetooth pairing, and navigation that’s difficult to use. Window noise and materials that scuff too easily were also major complaints in 2013." I think JD Power is starting to lose focus in this study. It should be about actual mechanical defects, not a negative perception of how a new feature works or isn't helpful. This study, in other words, isn't telling how well-built the car is anymore, but how you like this new feature or that dash material. They have an APEAL study to handle those perception issues. This current test is blending the two tests together, which compromises the results..... BD
Good rating for Lexus overall.. They'll climb back to the top when they've finished their transformation..
GMC??