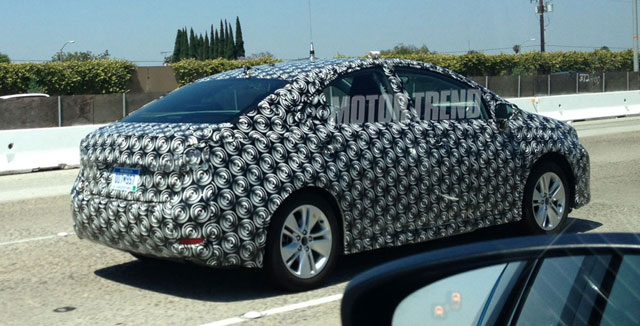 A Motor Trend editor spotted a mystery prototype in Southern California, and noting its similarity to the Lexus HS 250h, believes it to be an early version of a CT 200h sedan — let’s start with some photo comparisons to get it out of the way: 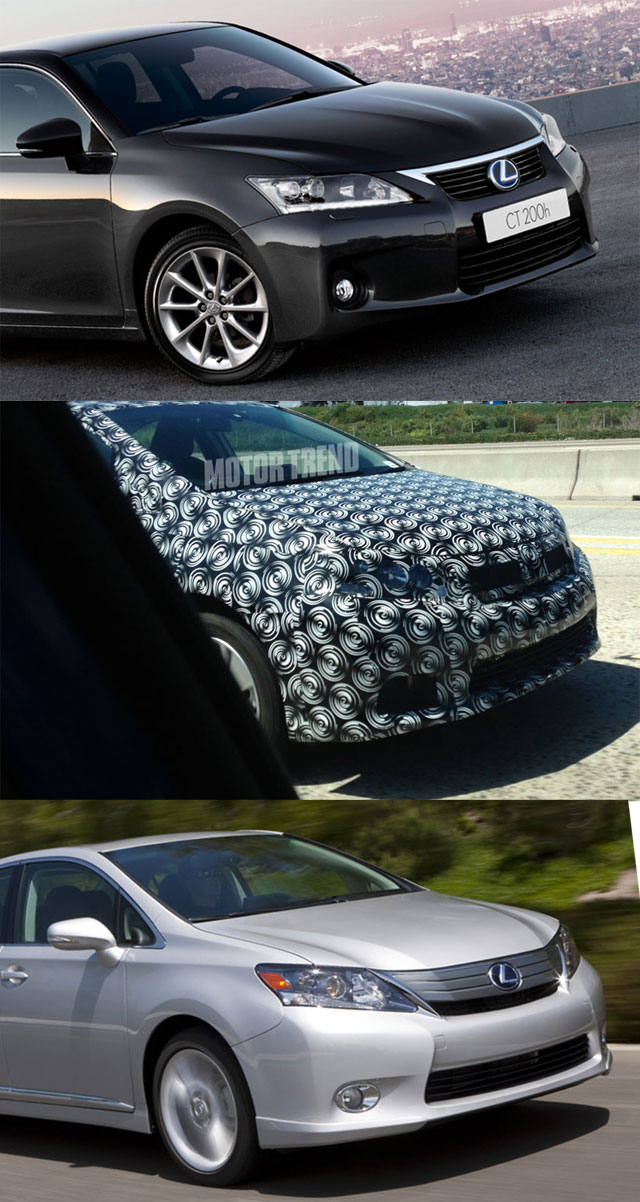 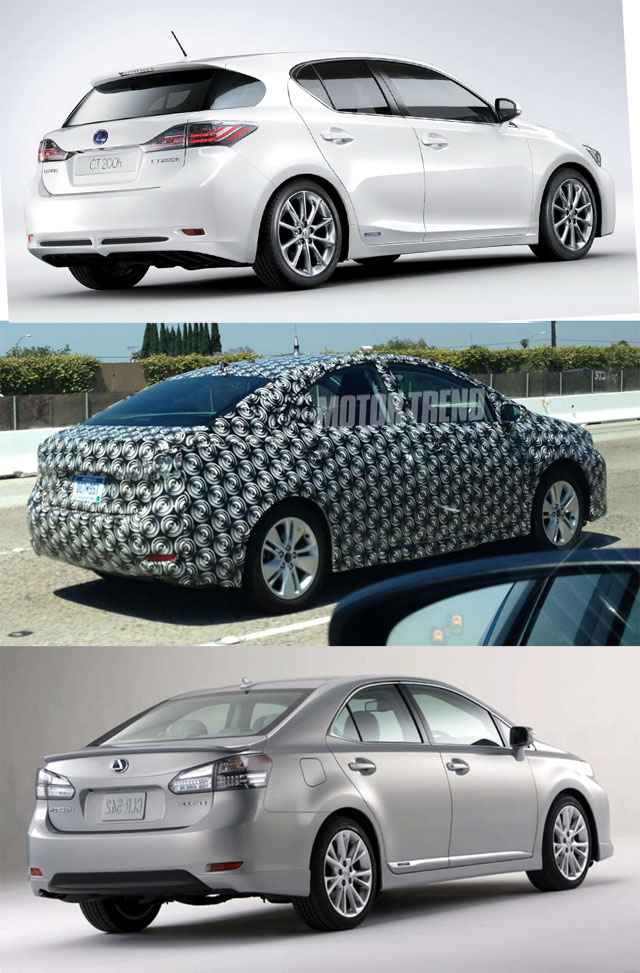 Nothing about this prototype reminds me of the CT, though it does bring to mind the hydrogen HS mule that was spotted last year:

The overall shape seems dated, and not really in line with the design direction of Lexus (or even Toyota) — have to think it makes more sense if this prototype is testing a new powertrain configuration.

I do hope it's a Hydrogen Fuel-Cell version of small Lexus , at least try something different ? :
Body looks like the HS. Note the small A-pillar windows.
Lexus has already stated they won't go downmarket from here..... BD
why go back to the HS/4 door when they discontinued it? I much rather see a hatchback...

Let's say: the new Prius ?
It's funny, the rims looks like Saab's one
Do we actually know that it's a product of the Toyota Motor Corporation? I couldn't see any logo,or did I miss something?