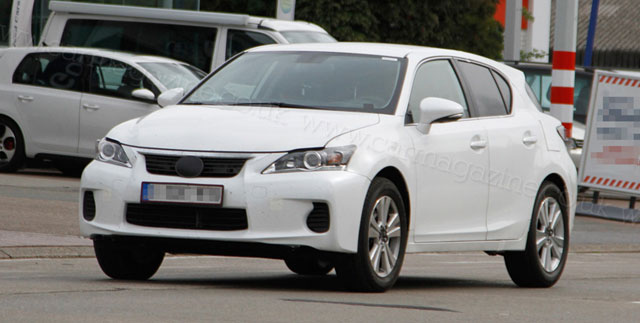 CAR Magazine has some new photos of the mystery Lexus compact crossover test mule spotted a couple weeks back: 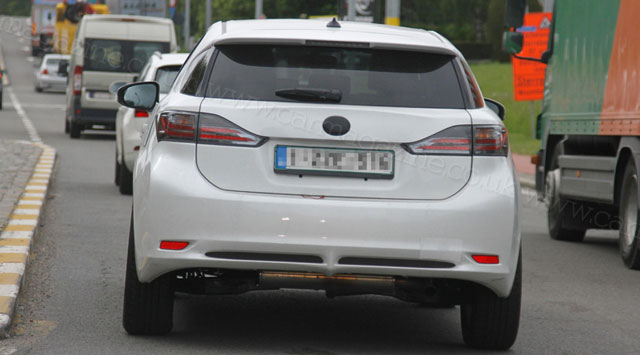 Building the test mule to look exactly like a CT 200h was a smart move by Lexus engineers, as it certainly discourages much analysis into their plans for the compact crossover.

(Should point out that some enthusiasts believe this vehicle isn’t a Lexus at all, but a Toyota crossover coupe prototype. After seeing the next-generation Prius test mule driving around with a CT 200h interior, I suppose anything’s possible.)

Looks like a double whishbone rear suspension and a transversally mounted muffler. Sounds pretty much like RAV4 underpinnings.
But in USA Lexus is in no rush to make a new SUV. As the RX is 'king of the hill'
I think it is a Lexus because of the front grill but i guess it could be a concept crossover for Toyota. I think Toyota is trying to make their vehicles more stylish after seeing the corolla concept so there is a good chance this could be the next gen Toyota Venza or something.