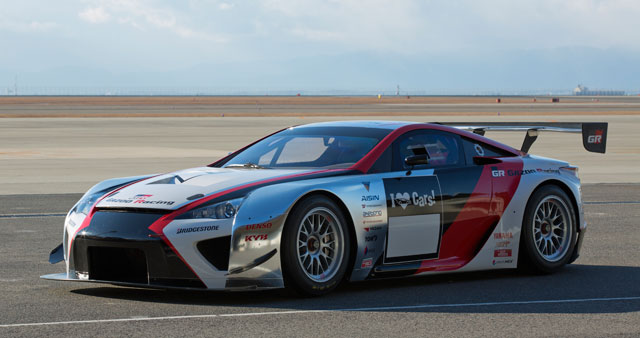 Toyota President Akio Toyoda will be one of the four drivers racing the Gazoo Racing Lexus LFA in the 41st annual Nürburgring 24 hour race this weekend in Germany, joining the team of Masahiko Kageyama, Hiroaki Ishiura, & Kazuya Oshima.

The LFA will be racing in the SP8 class — qualifying starts on Friday, May 17th, and continues through Saturday, with the final race beginning on Sunday at 11am ET/8am PT and ending twenty-four hours later.

In anticipation of the race, Gazoo has released this video:

The race will be livestreamed on the Gazoo Racing website, the Lexus Europe team will be providing live race coverage on Twitter, and racing updates will also be posted here at Lexus Enthusiast throughout the weekend.

thanks in advance for keeping us up to date about the race for the weekend. much apprecieted
So... We get continuous video action on the Gazoo Racing site?! :D Go for the flashing blue lights!
Cant Wait!!!
This version of the GR LFA is off the hook. Its such a shame they aren't taking this program further like LeMan and other such enduro's.