The Lexus LF-CC coupe concept has been revealed at the Paris Motor Show, and the very first live photos have been published by Lexus Europe & Lexus UK: 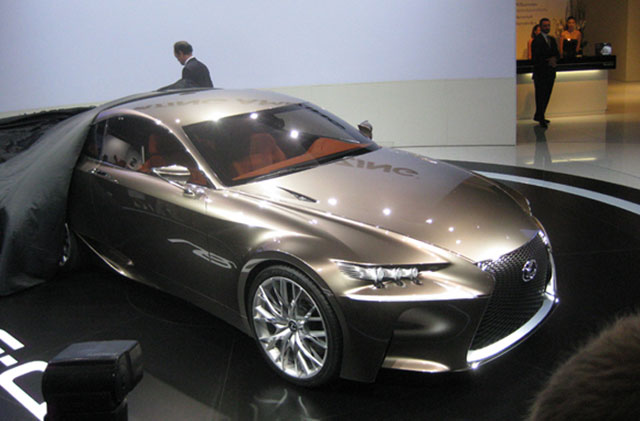 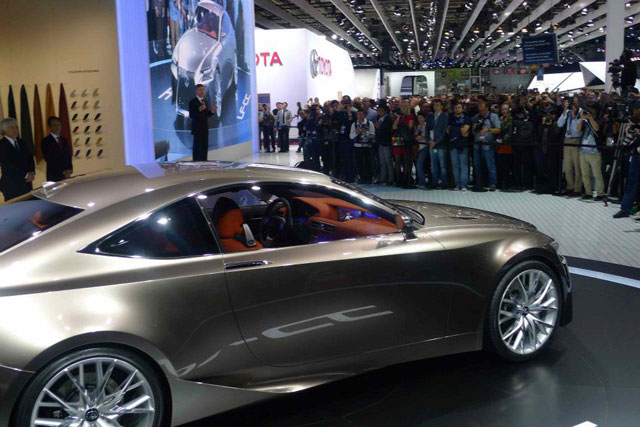 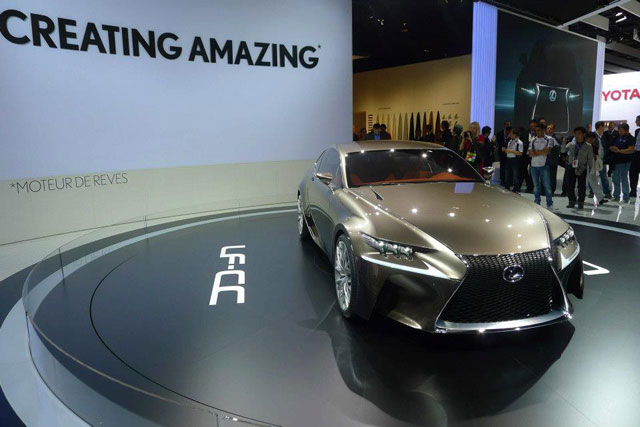 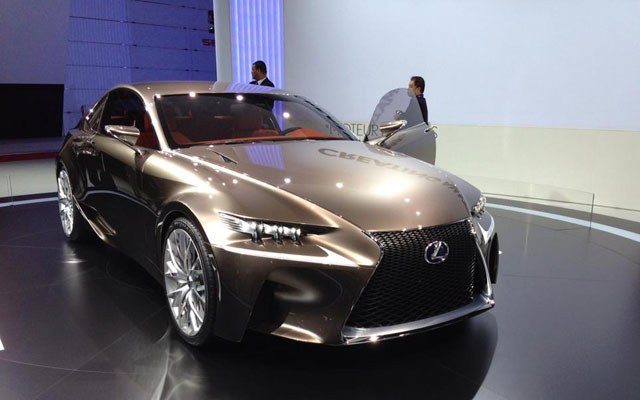 Strangely enough, the very first LF-CC photo gallery comes from Engadget — the tech blog has beat out all the automotive outlets with a detailed look at the concepts’s exterior & interior: 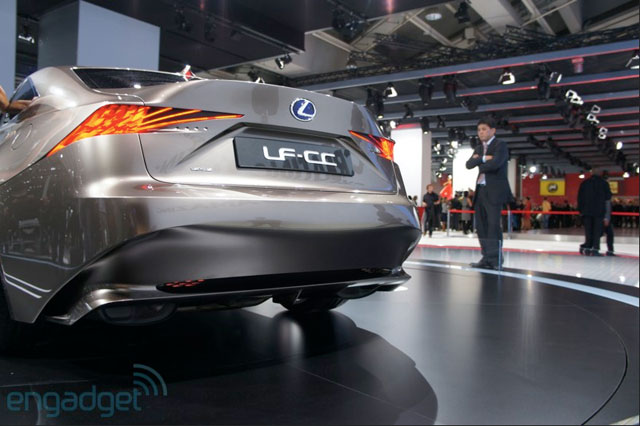 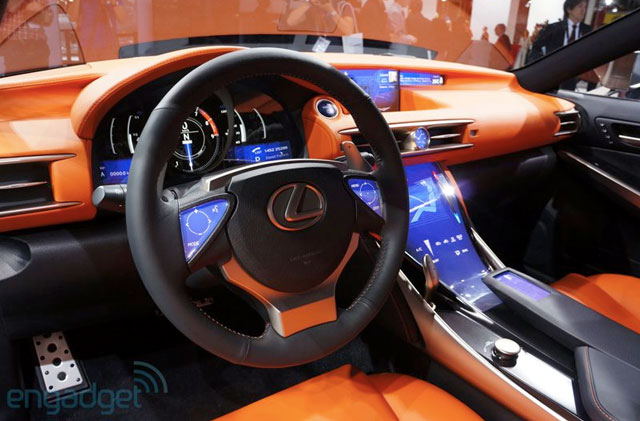 Amazing!!
The DRL's was better on the LF-GH, though. Here they are too big! The air-intakes on both side on the front are also to big, IMO. Other than that, this is amazing! Really excited for the new IS!!

@ the DRL-its an emphasis & i like it. its emphasizing Lexus using an LED strip (like on 2013 LS) instead of individual LEDs like on 2013 GS...sweet! i do agree wit u on the air intakes tho, they also luk weird on sum angles...luks like sumone bit off bottom of car lol but thats the purpose of concepts tho, to draw attention to specific details...IMO the interior is sh!t ugly. at least the colors are. & i hope that massive screen goin down dash dsnt mean they will make a touch sensitive dash like Fords new cars, GOD PLZ NO!!!
I'd really like it if the DRLs were separate from the headlight casing in a production model.

Now all Lexus needs to do is bring this beautiful design to market without dumbing it down. They're slowly gaining courage but need to get more agressive ewith their final production models. BMW is not holding back. Their cars are aggressively changing and becoming more beautiful with every tweek or redo. Come on Lexus, you designed a great looking concept, now bring it to market with all these cool looking lines.  You build it and people will come.
I'll take mine AS-IS!!
This car. OMG. I can't stop drooling. Great job Lexus. Check that. Excellent job Lexus. (I wonder if someone's gonna get that reference) I can't wait to see the unveiling video

I don't get the reference, and now I'm curious -- more clues!

Third pic from the top!!! It's perfect.

You're so positive about this concept!

wonder what the final production model will look like,,, and who gets the concepts???
A smart business man would make an aftermarket company that takes production cars, and makes them look like concept cars! BD
Where is the coupe Lexus? I need a Lexus coupe now!
Driving the NX 450h+