Last month, I went on an extended Canadian road trip with the 2013 Lexus GS, traveling through Eastern Ontario and Quebec for a Lexus Magazine photo assignment that will be posted in late August.

I also had a couple road trip adventures along the way that I’ll be sharing over the next couple weeks, but let’s start with a photo sampler — two desktop wallpapers featuring the GS 350: 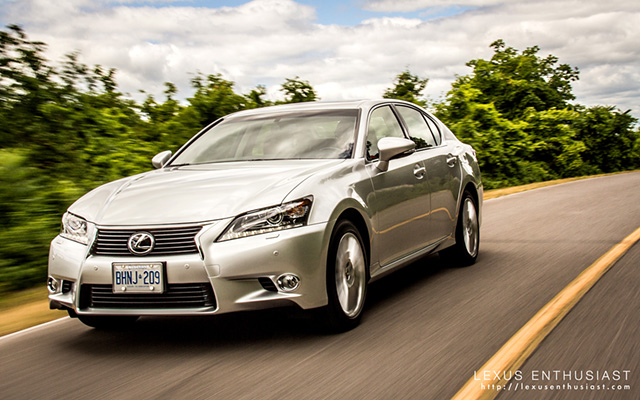 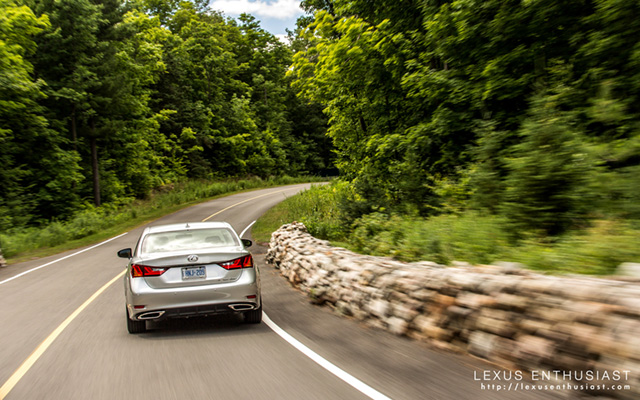 These photos were taken in Gatineau Park, Quebec, just outside of Ottawa — there’s a road that weaves through the park that leads to the Mackenzie King estate, the summer home of Canada’s tenth Prime Minister.

To get the shots, I enlisted the help of a local Lexus CT 200h owner named Sebastien (who also happens to work for Bel-Air Lexus in Ottawa) — I hung out the window of the CT while my wife drove the GS.

(Next up, I’ll have some photos of Sebastien’s awesome CT, followed by a visit with LFA #343 in Laval Quebec.)

Very nice pictures indeed KREW. Can't wait to see those of my CT. So glad I got to do a photo shoot with it before it gets hailed on.

Still can't believe that happened to you -- devastated.

Krew, Have you driven the F-sport and non f-sport?

I have -- though to be honest, I haven't driven a GS F SPORT since last November. I will, however, get a chance this week and will report back.

Fantastic photos! Mat I ask what kind of camera and lens you used?