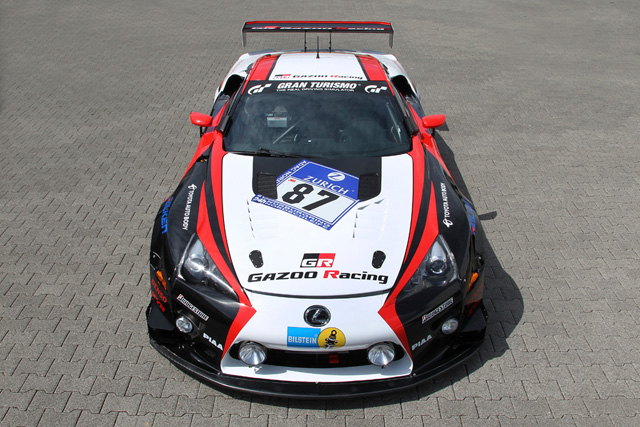 Lexus and Gazoo Racing will be competing in the 39th annual Nürburgring 24h race this weekend with two LFAs driven by six extremely talented drivers, including Andre Lotterer, winner of the the 24h Le Mans race earlier this month — here’s a full list of the drivers and their accomplishments: 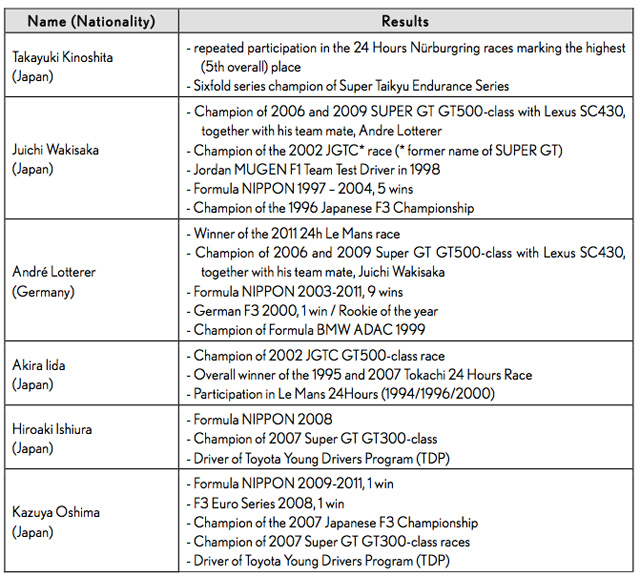 Just as in the four years previous, the LFAs will be in the SP8 Class, and are hoping to improve on last years’ 18th overall finish — a goal very much in reach considering the Gazoo team’s strong showings during this season’s VLN races.

As for the racecars themselves, they will continue to be powered by a detuned version of the 4.8L V10 in order to qualify for the SP8 class, putting out around 492hp instead of the production model’s 552 hp.

I’ll be doing my best to cover the event here, and I certainly recommend following the Lexus Europe Twitter account for quick updates.

Here is a Link to a german TV-Livestream: http://mediencenter.sport1.de/de/sendungen/program_weitere_sendungen/program_adac24hrennen/article_3463.html The Link is at the bottom. I hope it works in Canada or the U.S. Greetings Holger

Unfortunately, it doesn't work in North America -- luckily, I've stumbled across some that do. :-)

Not sure where to put this but I have another GS rendering for you, this time from a different angle :p Feel free to do with it what you wish.

Not sure why it logged me in as that, please use sndesign as the name if you wish to use the pic.
Please also delete these comments, thanks!