Gazoo Racing has entered a Lexus CT in the SP4 class for this weekend’s VLN3 42. Adenauer ADAC Rundstrecken-Trophy race at Nürburgring — here’s a look at the CT in its full livery (click for a larger image): 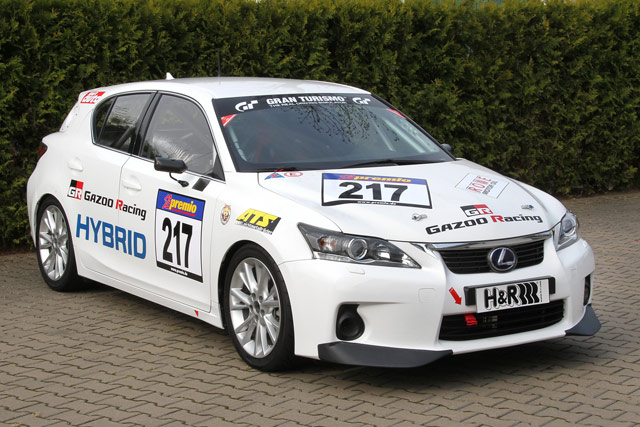 No word if the CT has been modified in any way — Lexus Europe has published a press release, though the only real information is about the participating drivers:

This six hour race, which will also have at least one LFA competing as well, can be followed on the VLN website and it’s likely to be available somewhere online — I’ll keep an eye out for a link and will update accordingly.

Update: I missed a Lexus UK press release that included a vital piece of information about the Racing CT — the 1.8L engine was swapped for a 2.4L engine, though all hybrid components stayed the same. Very interesting development.

Update 2: At yesterday’s race, the GAZOO Racing CT came second in the SP4 class behind a BMW 325i — here are some photos of the #217 car, courtesy of Lexus Europe: 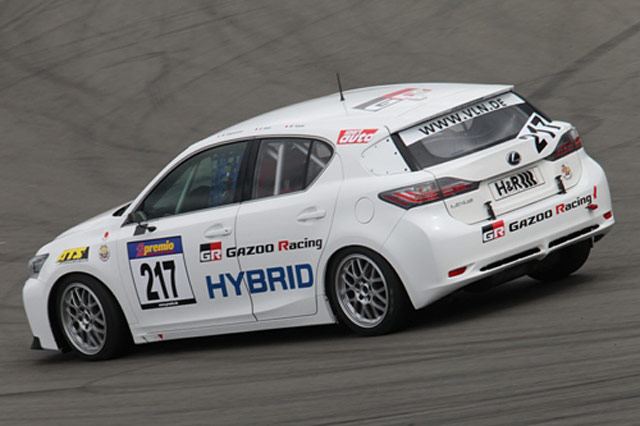 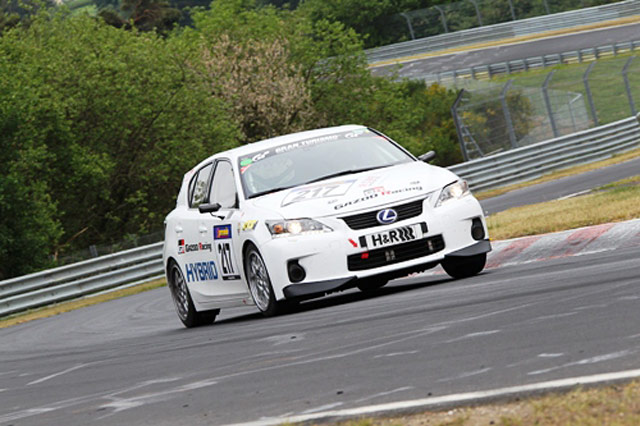 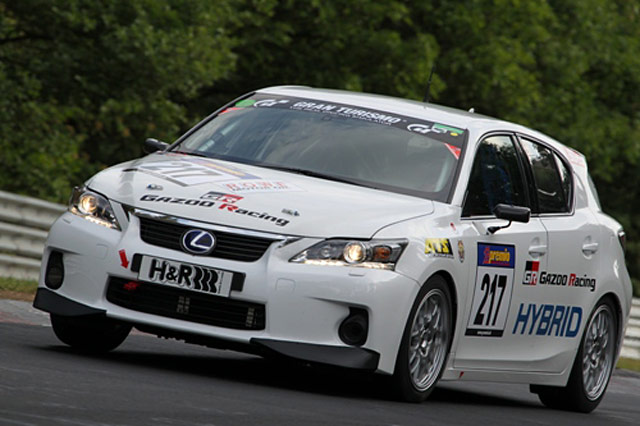 What if they hooked up the light and compact V10 with an electric powertrain? :D
those look like the 18" wheels from an HS250h...i thought the bolt pattern was different?
sooo... how much? ;)
good we see LFA vs  Ferrari in sp8 and sp8t we have Nissan GTR
wow now if the CT-F will have a redesigned 3.5l D-4S mated with the new generation lithium ion batteries and the O/P be 450hp wow so that will make a glorious step in the F marque if they make the same scenario to the second generation IS-F and the new comer GS-F Toyota already got 400hp from the old nickel metal hydriyd batteries and 3.0 liter engine so i thing it is so easy after they switch to lithium and mated with the new D4-S so we can expect the new IS-F to mated with 4.0 liter and have 500 hp and the GS-F with the 4.6 liter and have around 550 hp
I missed a Lexus UK press release that included a vital piece of information about the Racing CT -- the 1.8L engine was swapped for a 2.4L engine, though all hybrid components stayed the same. Very interesting development.

Hopefully this was a testbed for a future CT300h with the 2.4L engine!

That's what I was thinking as well -- it's certainly the best indicator that Lexus is seriously considering putting out a CT 300h.

Just wondering since they've swapped to the 2.4L engine, why not just use the HS250h as a base car?   Won't that be easier?   Or because it's a Lexus it must be " The Harder way"? LOL

for promo ? and testing .