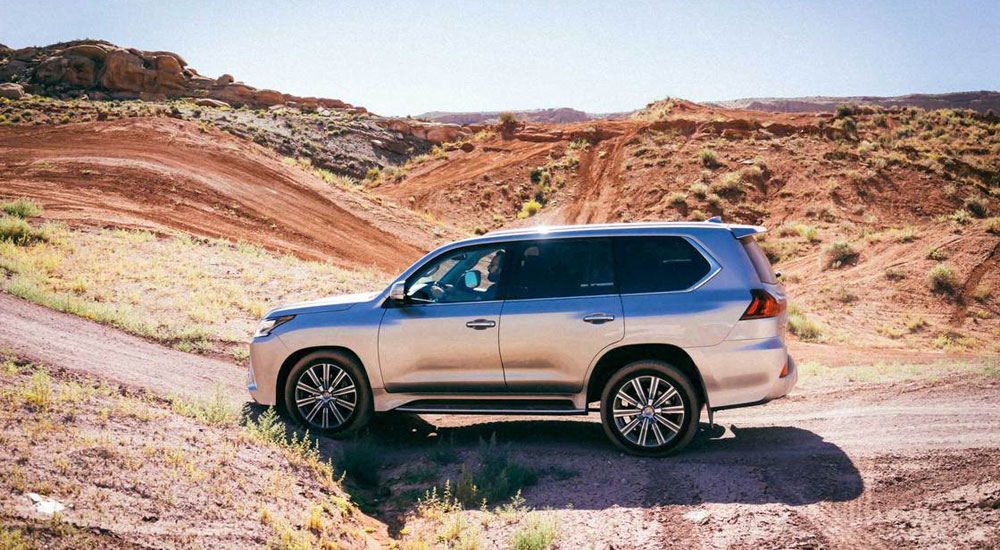 An excellent look at the multi-terrain capabilities of the LX 570.
Click to expand...

You don't often see an LX getting really down and dirty like that, so it was fun to watch. With a body kit to fix the approach/departure angles back to Land Cruiser spec and taller tires it'd be quite a formidable off-roader.
L

Off-road SUV, your can count them on your fingers:

The Toyota/Lexus are the most complete ones, the 'best' at everything. Land Rover and Range Rover could be better, but their bad reliability is just not acceptable. Jeep Wrangler is too hard-core, and even not noticeably more capable if not modified. The G Class has the most potential, but lacks Toyota reliability and Range Rover luxury.

Mercedes could have made a nice LX rival, with the M Class, but that car is just not as capable, again again not as reliable as desired.

Beautiful landscape, nice car, but I would rather go up there walking and climbing instead of driving.

Levi said:
Off-road SUV, your can count them on your fingers:

Toyota 4Runner/Lexus GX 460/Land Cruiser Prado deserve to absolutely be on that list.

As for the issue at hand... cool to see an LX in this environment, and i'm actually pretty impressed with just how well it did on the stock 21" wheels with street rubber. True capability!

Jonny Lieberman did bring up a good point. As a regular person, you would go once up the hill and one down. But as a journalist, you'd have to go up several times to get the shots they need.
You must log in or register to reply here.
Share:
Reddit Pinterest Tumblr WhatsApp Email Link
Top