Not bad at all. Also knowing that they're going to implement the 3.0L TTV6 is also going to be impressive in terms of performance and being able to stick it to more manufacturers instead of being irrelevant. But hopefully they'll be able to manage shoving that engine in because of the FWD platform. I'm pretty sure all TTV6 equipped cars will be permanent SH-AWD to compensate for the potential issues like torque steer and wheel hopping. All in all, it seems like the overpriced Honda company beat Lexus at doing what they're supposed to be doing, and Lexus is a manufacturer that plays with Mercedes-Benz and BMW. Good for the overpriced Honda company Acura (they actually deserve some recognition for this).

The proof will be in the pudding, but I’m not crazy about either design based on the leaked/released images; especially the MDX. It looks too much like the current gen Hyundai Santa Fe to me. Final judgement won’t be cast until I see both in the wild.

I am curious to learn more about the powertrain options, however.
S

IMHO these are probably the suavest Acuras I have seen in quite some time. It does confirm that Acura will not be forgoing FWD for a RWD setup, but the proportions are amazing for a FWD vehicle. The FWD choice has been meet previously met with "not a true drivers setup" but in the age of electrification, i`m interested in hearing the trickle down effect if any of the NSX powertrain.

If anyone seens the interior setup from the original source link, the interior is the RDX interior modified with modern touches like a full TFT cluster, and accent lighting incorporated into the center stack like say a new german offering.
M

Whats funny is it has 0 buzz. I saw one article and it was MP who alerted me. MDX still looks like a van and the TLX looks no better than the Camry there. Any SUV sells but the car will have a tougher time.
M

TORRANCE, CALIF.
Setting the stage for the return of its high performance variant line, Acura will debut the Type S Concept at Monterey Car Week, one of the world's top gatherings of automotive and motorsports enthusiasts. The Type S Concept sets the design direction for the return of Type S performance variants to the Acura lineup in the years ahead, delivering a striking expression of Acura performance with a powerful stance and expressive silhouette. Following its world premiere at a private Acura reception Thursday, August 15, the Acura Type S Concept will make its public debut on Friday, August 16 at The Quail, a Motorsports Gathering. It will then be showcased at the historic Pebble Beach Concours d'Elegance Concept Lawn on Sunday, August 18.
Click to expand... 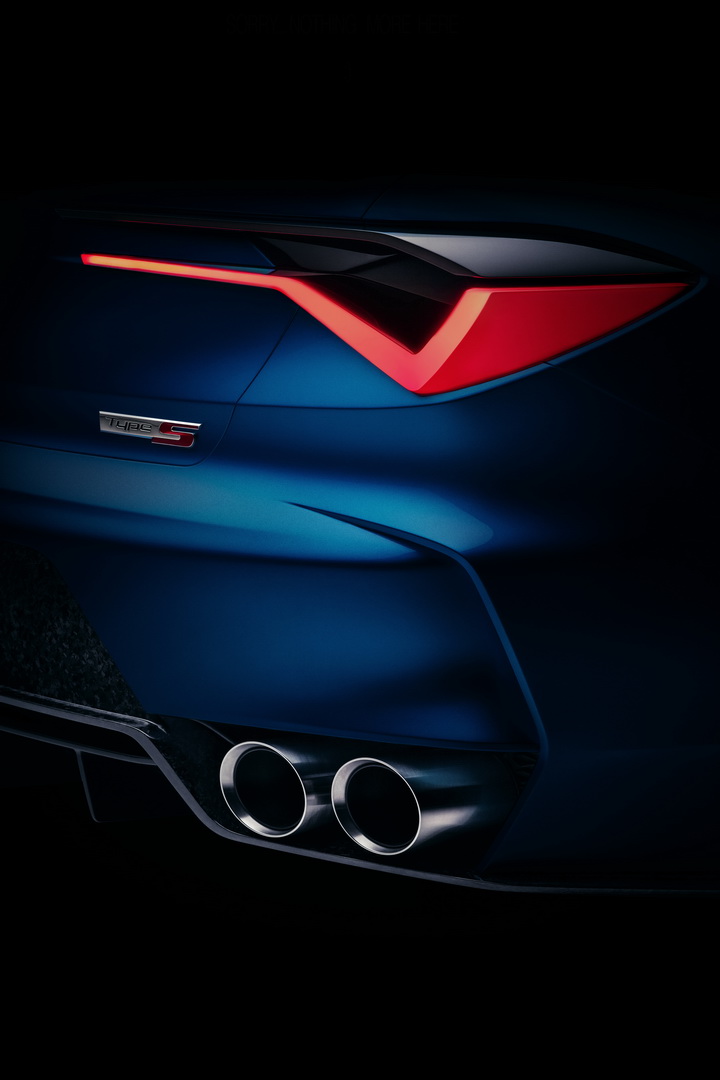