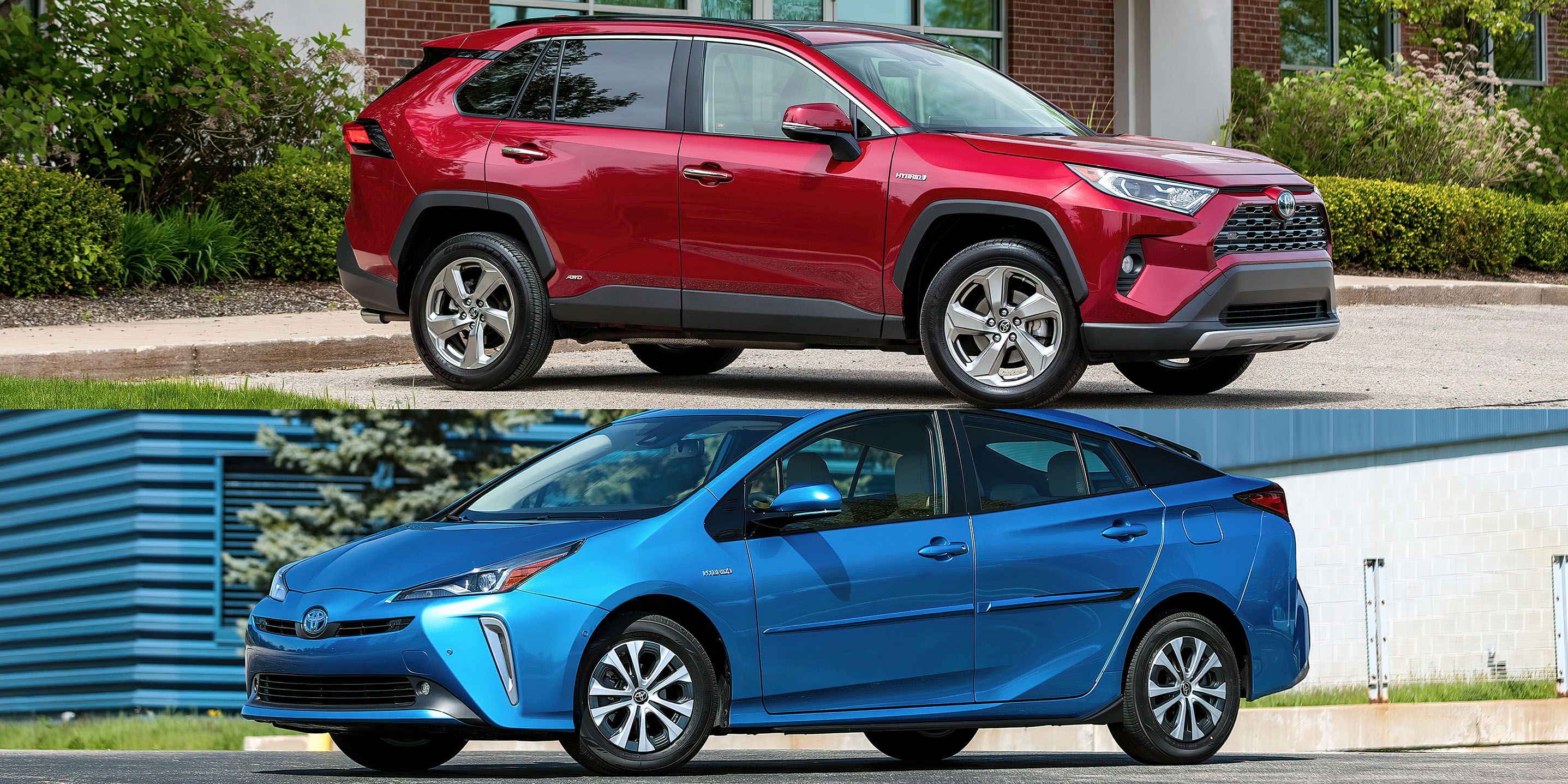 The Prius hatchback may have created the hybrid craze, but it's now being beaten out by a hybrid crossover.

-The Toyota RAV4 hybrid has sold 29,319 units through June 2019, just beating out the Toyota Prius, which sold 29,241 units.
-This makes the RAV4 hybrid Toyota's best-selling hybrid overall so far this year, and the hybrid model is making up around 15 percent of overall RAV4 sales.
-The Camry hybrid is next in the rankings, at 13,857 units, and the Highlander hybrid has sold 7942 units so far this year.

The RAV4 has already surpassed the Camry as Toyota's best-selling model, and now its hybrid variant has dethroned another iconic Toyota top seller: the Prius. Through the first half of 2019, the RAV4 hybrid sold more units than the entire Toyota Prius lineup, if only just, at 29,319 units to 29,241 units.

This makes the RAV4 hybrid Toyota's best-selling hybrid overall, and it is making up around 15 percent of all RAV4 sales so far this year. The RAV4, fresh off a redesign for the 2019 model year, has sold 200,610 units overall through June. That's a 1 percent increase over last year.

Prius sales, meanwhile, have been taking a sharp nosedive. The hybrid hatchback is down nearly 37 percent over last year, despite an update for 2019 that includes a new option for all-wheel drive.

The fact that the RAV4 is getting closer and closer to the Prius in fuel economy is surely a factor. While the new RAV4 hybrid model's 40-mpg EPA combined rating is still a far cry from the Prius's 50-to-56-mpg rating, it is a huge improvement over its predecessor's 32-mpg combined rating. In our testing, a 2019 RAV4 hybrid Limited achieved 32 mpg overall and 37 mpg on our 75-mph highway fuel-economy test, while a 2019 Prius XLE e-AWD hit 44 mpg and 47 mpg in those same metrics.

We're curious to see if the RAV4 hybrid can extend its lead over the Prius throughout the rest of the year, so we'll look out for future Toyota sales reports to see what happens later in 2019.
Click to expand...

Things not looking good business wise for the Prius in the US.

Not sure if anyone has driven the Rav4 Hybrid, but it is truly fantastic. I'm not surprised to read this.
You must log in or register to reply here.
Share:
Reddit Pinterest Tumblr WhatsApp Email Link
Top