Sad news for Corvette enthusiasts...and for the insurance company that covers the Corvette's Bowling Green, KY. assembly plant. The plant recently suffered major damage in the massive tornadoes (quite unusual for December) and fire that hit the region. Inspection is still taking place, and the number of totaled vehicles (currently 122) could rise.

These new C8s are hard enough to get, even without disasters like this. I'm hoping that the affected vehicles can be disassembled, and the valuable computer-chips and other badly needed parts in them be re-used to produce other new C8s when the factory damage is repaired.


About 122 new C8 Chevrolet Corvettes to be scrapped after tornadoes​ 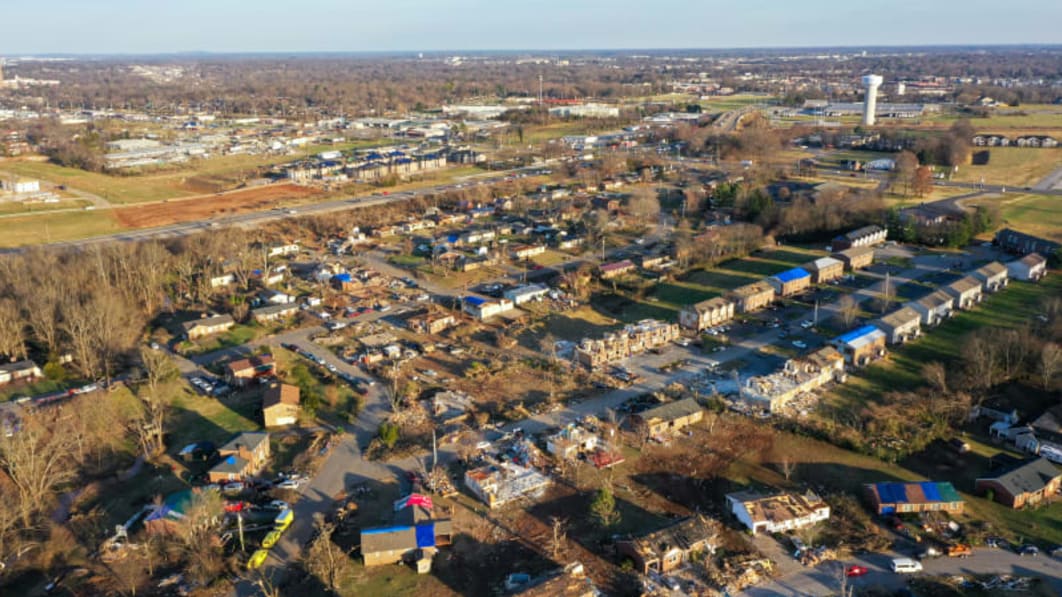 General Motors inspectors are still examining the fallout from the tornado and fire damage at the Bowling Green Assembly Plant that produces the C8 Chevrolet Corvette. According to the Corvette Action Center, first reports indicate about 122 units of the 2022 Corvette inside the plant were damaged beyond repair. These models will be scrapped. GM will reach out to the dealers for the affected customers and let the dealers know to resubmit their orders. Supposedly, those remade orders will be prioritized when production lines reopen this week. Carscoops, reporting ondiscussions at the C8 Corvette Owners page on Facebook, noted a post by Tom Ringelsetter. "Heads up everybody. My VIN was 10109 and scheduled to be built this past Monday the 13th according to the spreadsheet here. I just got a call from my dealer that my car was actually built last Thur/Friday. Unfortunately, it was damaged and has to be rebuilt. He said all of the damaged cars are going to go back to the front of the line. If you had a VIN # somewhere around mine, there is a chance your car was built and is fine hopefully."

The scrappage number could increase. There were Corvettes parked outside the facility for shipping that are still being checked for damage.

A skeleton crew of 90 skilled workers from UAW Local 2164 has stayed on the job since the weather disturbance, out of 1,200 total line workers. GM quickly moved people and resources from facilities as far away as Detroit to help rebuild, so GM's intention to begin the process of making Bowling Green fully operational on Monday, December 20 will continue as planned. A "cadenced return" will ramp up the headcount for four days, with the whole workforce scheduled to be back on Thursday, December 23. Meanwhile, workers will be helping Bowling Green residents; the Union Local received so many gift cards to help members that the union plans to use some of the purchasing power to help the community at large.
You must log in or register to reply here.
Share:
Facebook Twitter Reddit Email Share Link