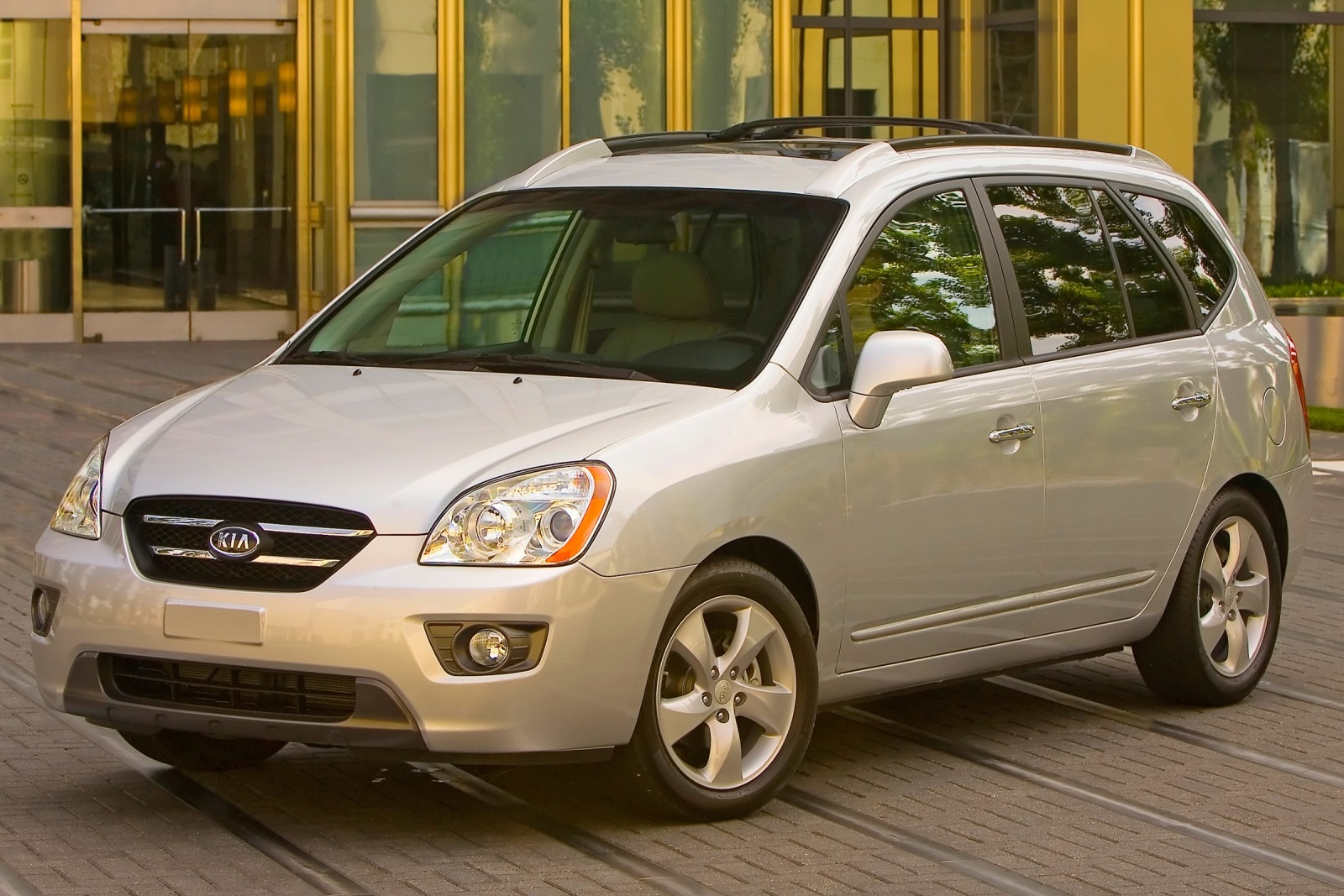 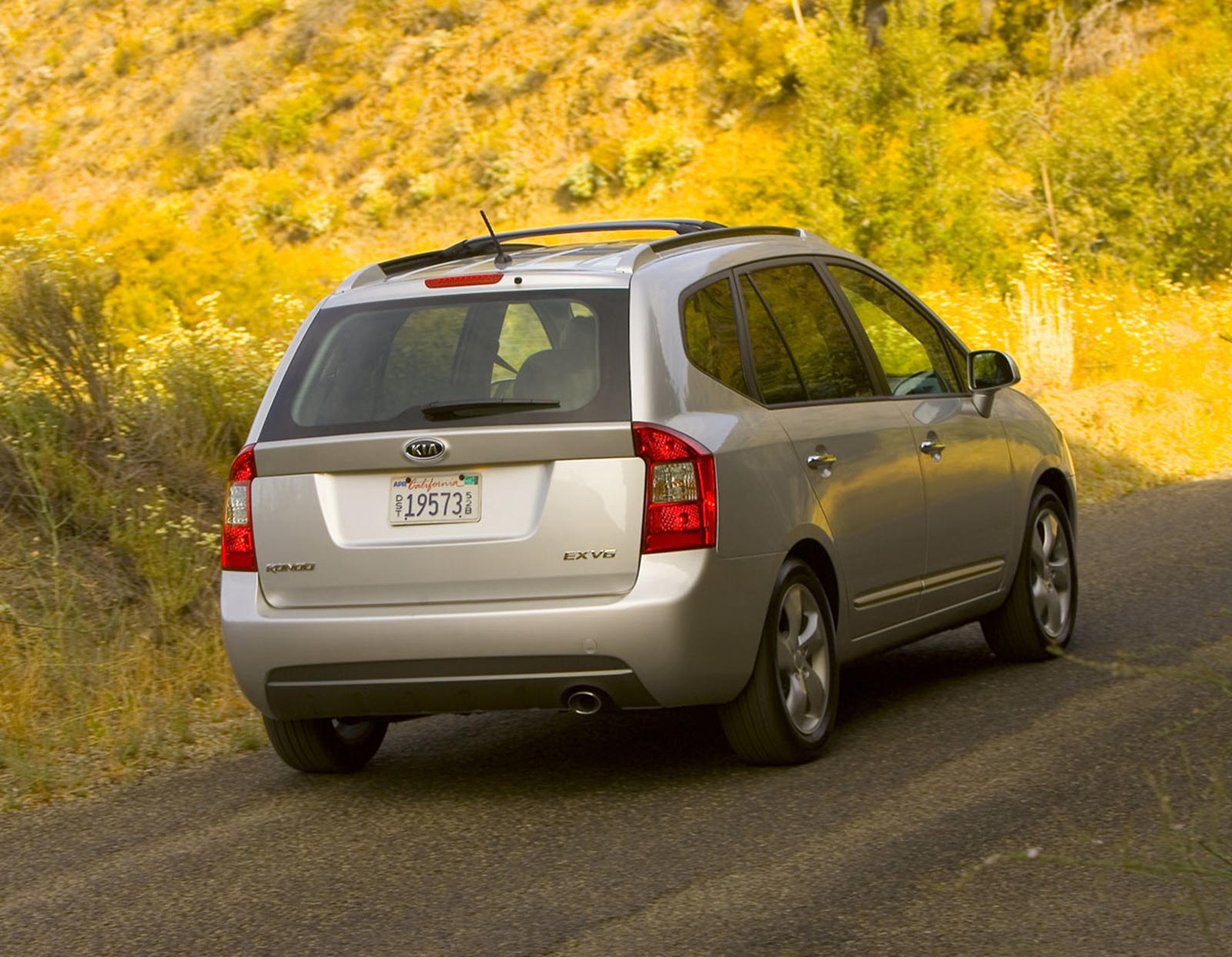 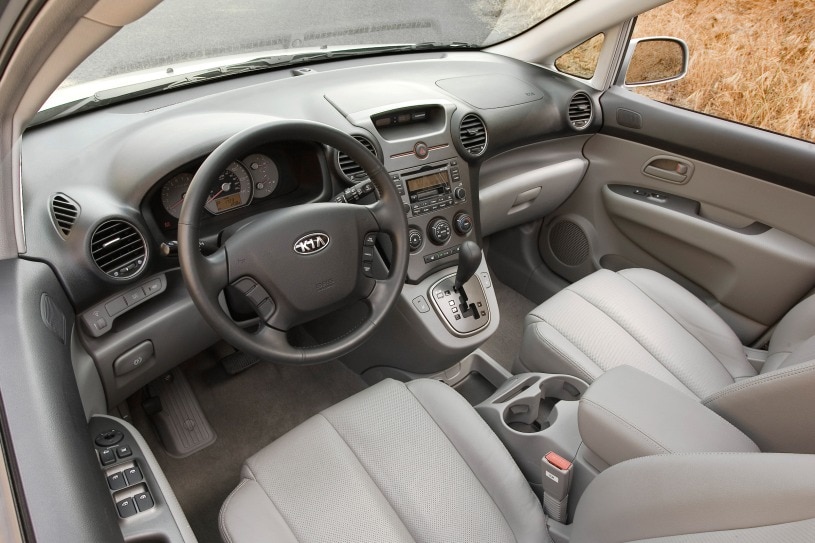 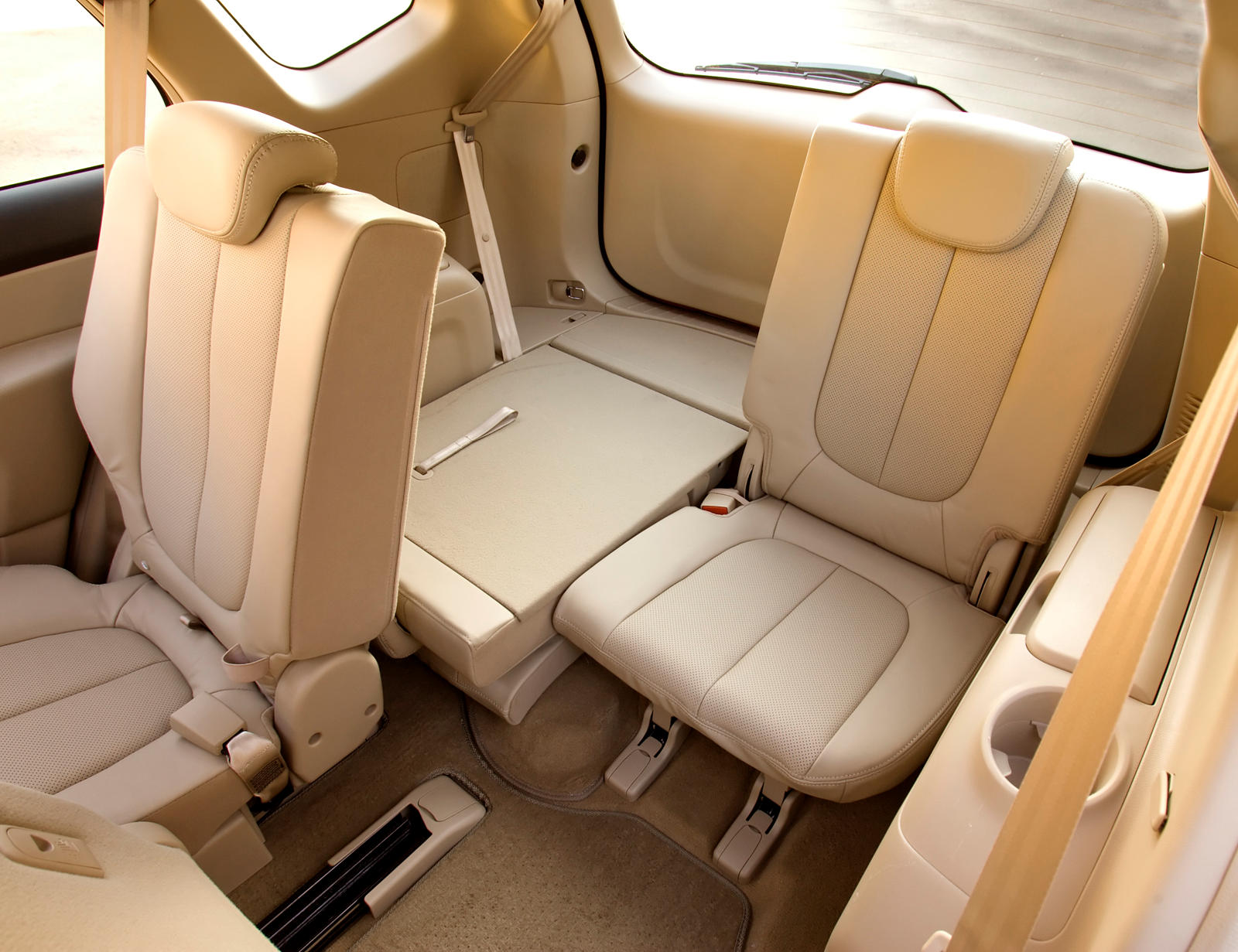 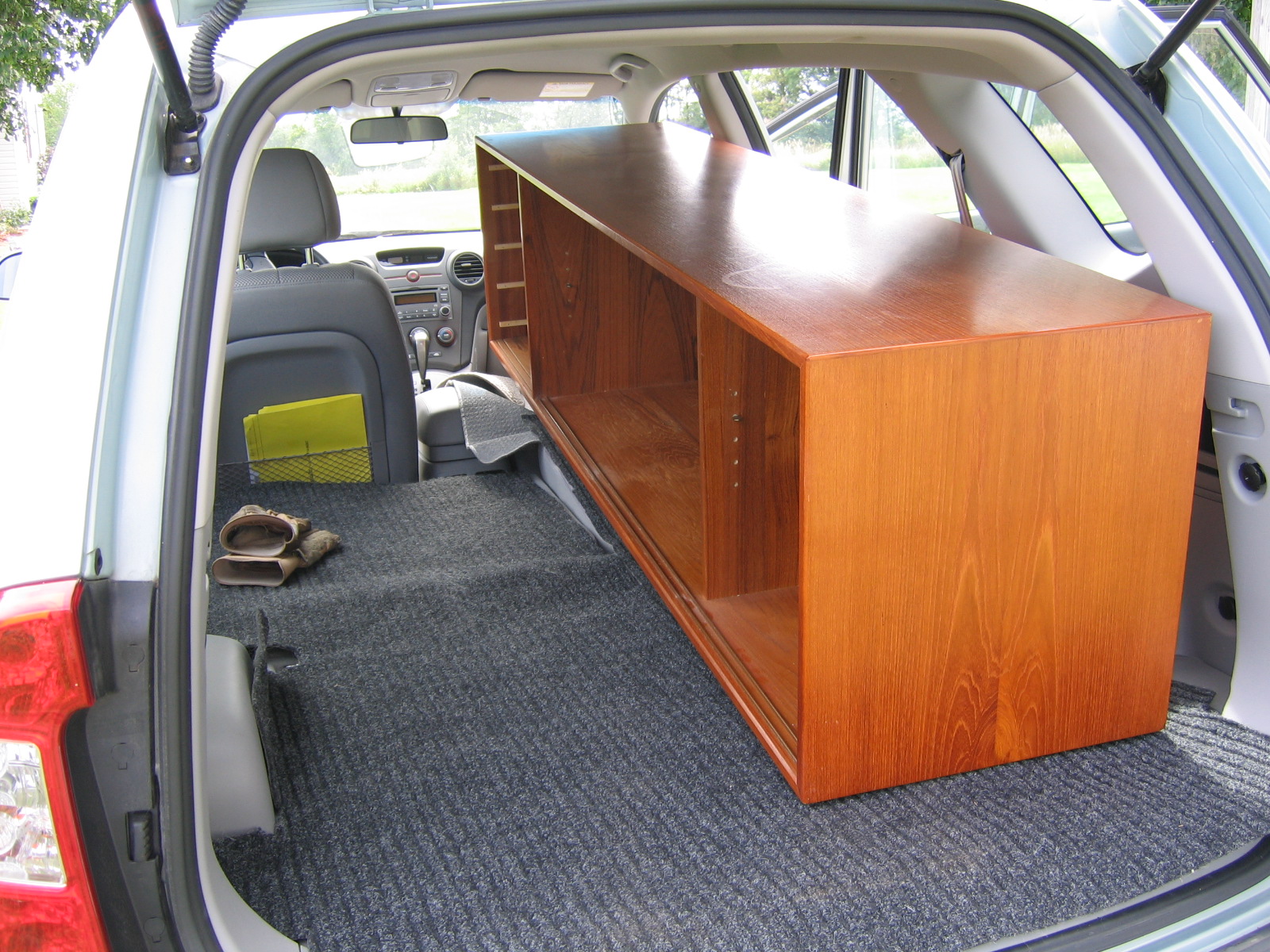 IN A NUTSHELL: Versatile, well-built, and space-efficient, but stodgy-looking and not a big success in the U.S.

Small crossovers, in general, tend to be somewhat stodgy-looking, and the 2nd-Generation Kia Rondo is no exception. But this vehicle, IMO at least, also proves that true beauty can sometimes be under the skin.

Kia’s first version of this vehicle (known as the Carens) was marketed overseas, but Kia did not bring it to the U.S. That changed with the second-generation version, which the Kia marketers, due to the increasing demand here for this type of vehicle, decided to bring over. The American version got the name “Rondo”, and made its debut here at the 2006 Los Angeles Auto Show.

The 2nd-Generation Rondo was designed and built at a time when, IMO, Hyundai and Kia were producing some of their best vehicles…the period between 2005 and 2020. Since then, in the last couple of years, I have noticed a slight loosening in the assembly and material-solidness of some of the very newest vehicles from Korean manufacturers. But when the Rondo was built, they were like a rock, with Thunk-solid door closings, freedom from creaks/rattles, good materials, and precision-assembly. That Hyundai and Kia were both able to deliver this sort of quality for their prices, IMO, was remarkable, especially considering the poorly-built vehicles that they marketed and sold in the 1980s and 1990s….at junk-prices. Yes, prices went up a little after their quality was transformed after 2000, but still remained a bargain compared to a number of their American, European, and Japanese competitors. And the long-justified concerns about their formerly poor quality were addressed with the new 10 year/100,000-mile Drivetrain Warranty and 5-year/60,000-mile Bumper-to-Bumper warranties….which still remain in place to this day, as with the upmarket Genesis Division.

Like I said previously, however, the Rondo was never meant to be a flashy or ostentatious vehicle, but an economical, space-efficient people and cargo-mover. A least judging from my test-drives, it drove pretty much the way it looked….conservative and unassuming. Its road manners, though, were a little different from the similar-type Korean vehicles of today, which tend to have larger wheels/tires, lower-profile tires, a slightly firmer ride, and more responsive steering. South Koreans, at home, particularly back then, tended to like a soft cushiony ride, and Hyundai and Kia made sure that was the case with most of what they sold at home. Later on, they started, in response to the never-ending demands of the American auto press for more acceleration and sharper handling (give me a break), to put these features in. But, for its designed purpose, I had no problem with the conservative way the Rondo drove….it was not intended to make headlines in the auto magazines.

Unlike the earlier, somewhat similar but smaller 5-passenger Mitsubishi/Eagle/Plymouth triplets (Expo/Eagle-Summit Wagon/Vision/Colt Vista Wagon), the Rondo had seven seats inside…..although the third-row-seat in back, as usual, was best left for small children, packages, or very small adults. Like them, it had a very tall greenhouse and large windows, which made for good outward visibility but also raised the center of gravity a little and made for some lean on sharp corners. The Rondo used conventional hinge-doors for both front and back, as the sliding side-doors of that period sometimes used flimsy or unreliable hardware….the Mitsubishi-designed triplets used conventional doors in front and had a slider in back. Under the hood, in the American market, the Rondo offered a non-turbo 2.4L 175 HP In-line 4 or a 2.7L 192 HP V6…the last Hyundai/Kia V6 to use a timing-belt instead of a chain.

Unfortunately the Rondo was never a big-seller in the U.S….partly because many people were not only starting to switch to all-wheel-drive SUVS and crossovers (the Rondo was only Front-Drive in the American market), but also because a lot of potential buyers, despite the facts, simply refused to believe that times change, and that Hyundai and Kia were not selling junk any more. It managed five-figure sales-numbers for the first couple of years, but, then, in 2009, sales dropped sharply, and it was discontinued in the U.S. late in 2010. Many have forgotten this vehicle….I have not.