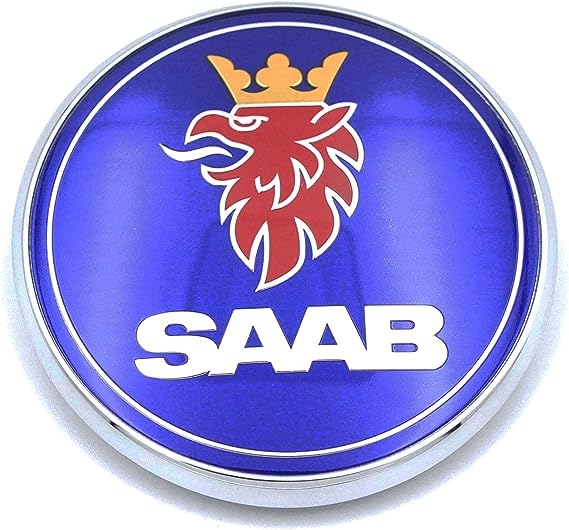 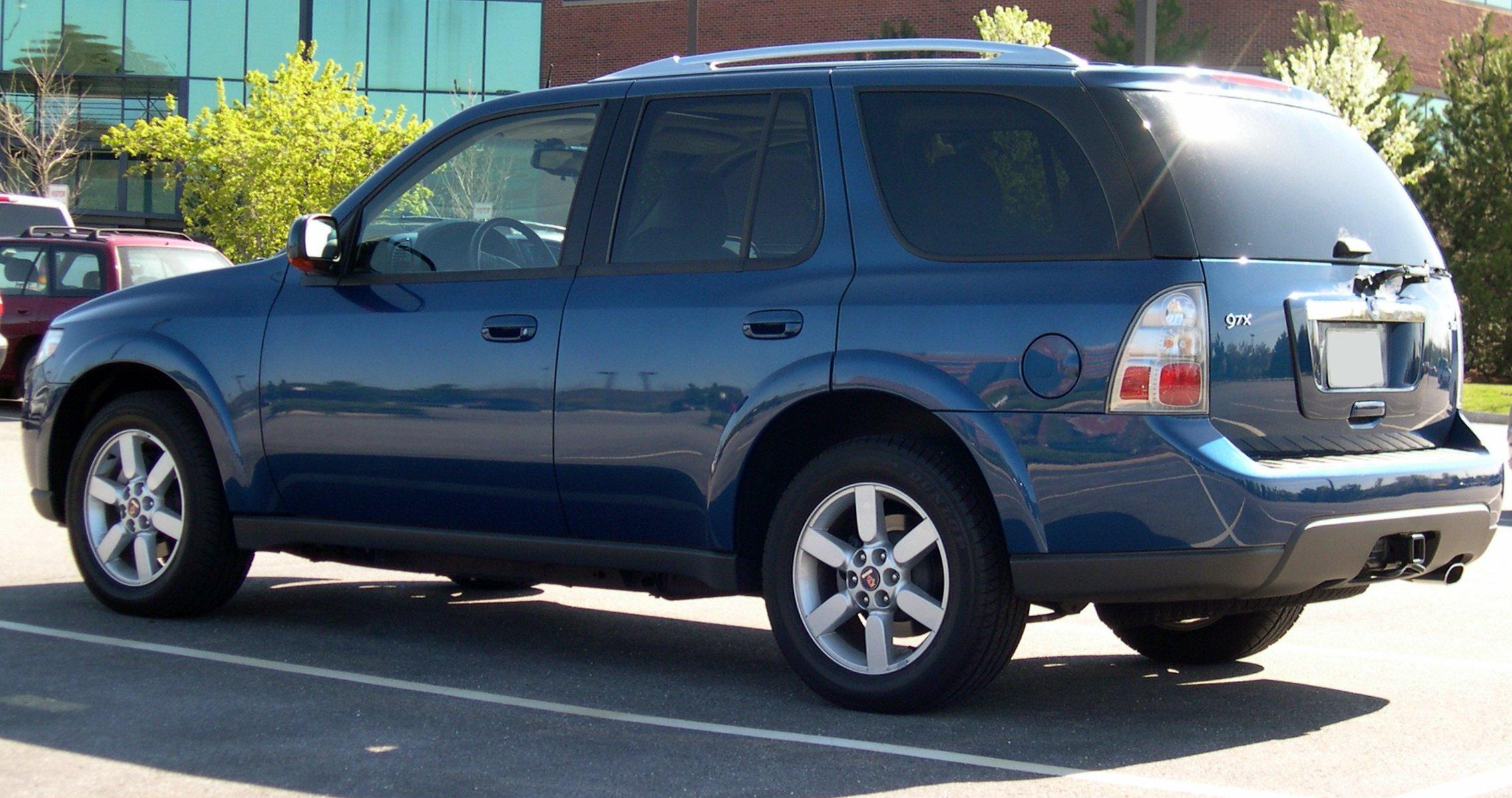 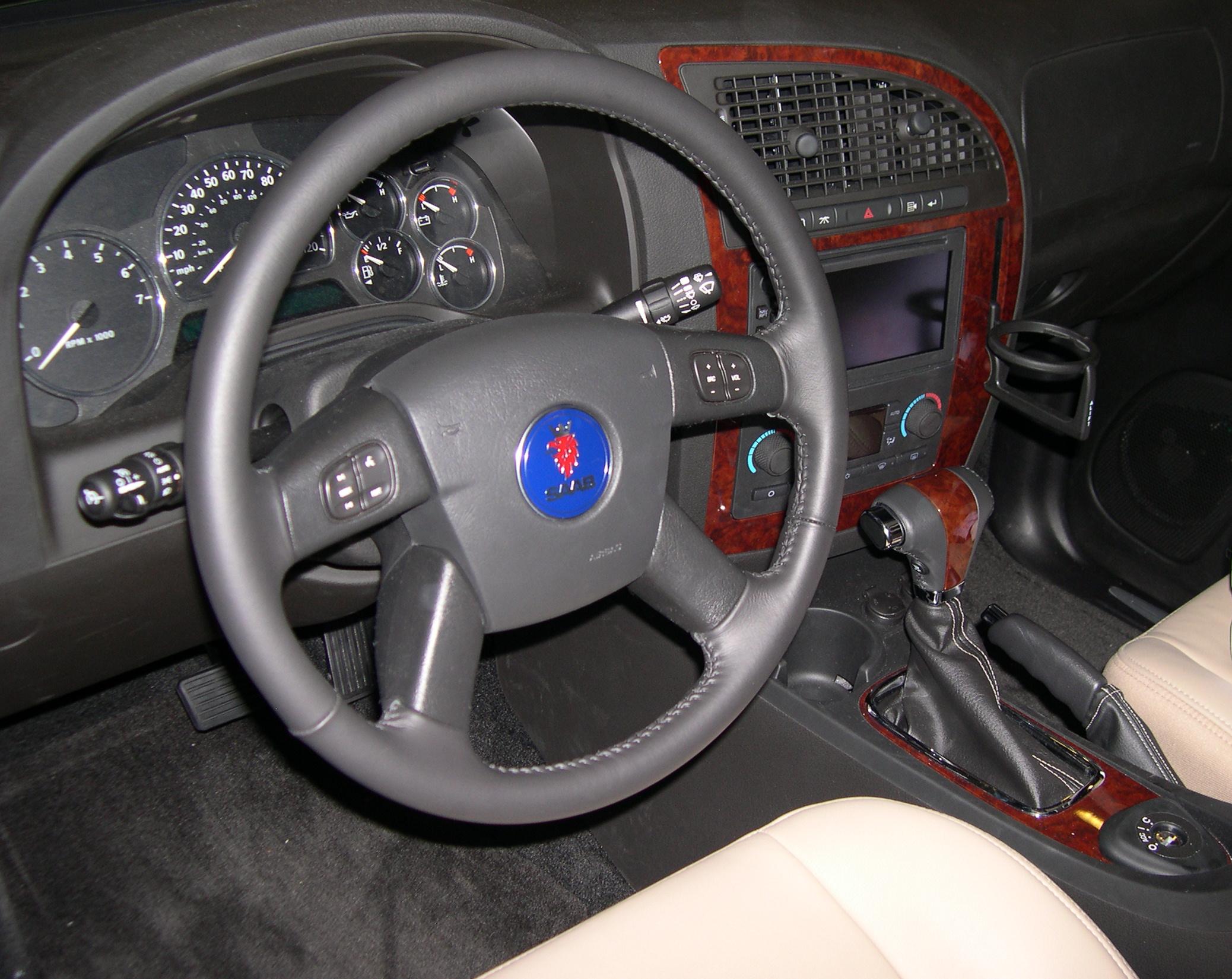 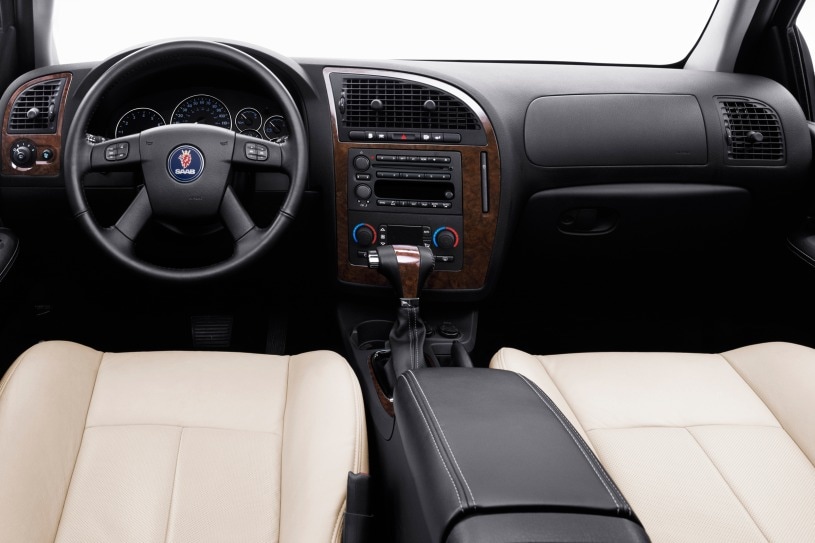 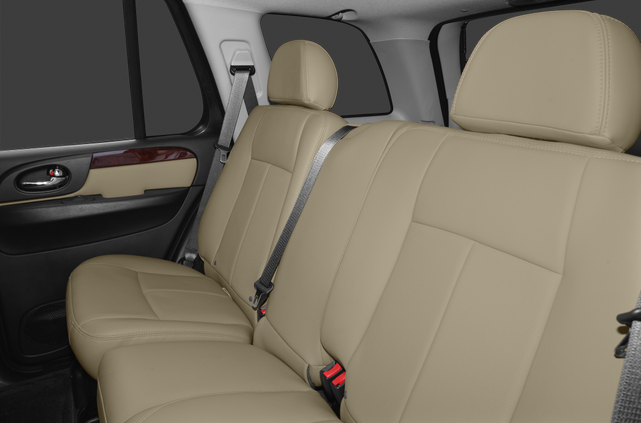 IN A NUTSHELL: A Chevy Trailblazer in an imitation Saab-Tuxedo.

With the introduction of Ford’s truck-based Bronco and crossover/unibody Bronco-Sport, and GM’s using the name Blazer/Trailblazer on new crossover SUVs, there has recently been a lot of conversation (and some arguments) in forums over the previous truck-based Chevy Blazer/Trailblazer models, dating back some two decades or more. I’ll save more comments on that (and maybe more arguing LOL) for another day. But, while we were on the subject of those two models, I thought I’d do a brief write-up on one of the most unusual (and probably the slowest-selling) versions of the four-door truck-based Trailblazer…the Saab 9-7X.Unfortunately, just like it did with Saturn, GM managed to drive the Saab Division into obscurity, and sold them off, while the pending Saturn deal with Roger Penske never materialized. Saab Automotive (there is also an aircraft division, which produced military fighters and short-range airliners) is now owned by National Electric Vehicle Sweden (NEVS) which sells electric versions of the 9-3, but not here in the U.S.

By the late 1980s, Saab, particularly in the U.S., had become little more than a niche-brand, greatly overshadowed by its Swedish corporate-rival Volvo….which, since then, has also become not much more than a Chinese-owned niche-brand. GM’s plan for Saab was to try and Americanize the vehicles and try and make them credible domestic competitors….which was a good idea on paper, but failed to take into account that there were very few dealerships, not many dealer/owners who wanted Saab franchises, and that Saab had only gotten as far as it had in the first place by producing relatively well-engineered but quirky front-wheel drive products like the 99 and 900. It was essentially the same mistake from GM’s leadership that they made when forgot Saturn’s customer-base with the superb S-class plastic-bodied/space-frame cars, and tried to turn the division into another Oldsmobile. I won’t get into these marketing-errors any more now, as that is also another subject for another time and article.

Anyhow, to the 9-7X itself. Saab had tried to sell the 9-2X and 9-2X Aero (the “X” meant All-Wheel-Drive), which was a rebadged Subaru Impreza/WRX with some mild Saab front-end and interior-touches, but it had proven unsuccessful. So, GM’s product-planners also came up with the idea of the 9-7X….a version of the (then) highly-popular truck-based/body-on-frame four-door RWD/AWD Chevrolet Trailblazer, that would be sold under the Saab nameplate. The Trailblazer, at the time, was one of GM’s big-profit vehicles, selling in large numbers, not only under the Trailblazer name, but also as the rebadged Buick Rainier, Oldsmobile Bravada, GMC Envoy, and the also-unsuccessful Isuzu Ascender. The Ascender was essentially a stripped/decontented version of the domestic-badged GM versions, with a lower price, while the 9-7X varied a little more from the others, and, while being mechanically pretty much the same, had a little more of a Saab-influence style-wise, with quirks like the Saab-tradition console-minted ignition-switch. The 9-7X was introduced in 2005, so it was more or less a replacement (or so GM intended) for the Olds Bravada, which had bit the dust with the Olds Division in 2004.

There were very few Saab dealerships left in the U.S. by then, and only one anywhere near my house, even in the big-auto-money D.C. area. I did a couple of Saab reviews there (the 9-3 Combi wagon and the Impreza-derived 9-2X)…and looked at a 9-7X, but I don’t remember if I test-drove one or not. I had, though, sampled a couple of its Trailblazer-derived brothers on the road. The Chevy version petty much drove like the mid-size truck/SUV it was, with the Buick version, typical of the nameplate, having a slightly softer suspension and a little more sound insulation. Depending on the versions, they came with a 4-speed automatic and a 4.2L in-line 6, 5.3L V8, or 6.0L V8. (the 6.0L was used in the 9-7X Aero and the Trailblazer SS). The 9-7X, of course, being an upmarket nameplate, carried a higher price tag than the Trailblazer, had a much nicer interior (many GM interiors back then were quite cheap), and had AWD standard…..no RWD versions.

Although it was not a big seller for the reasons I stated and for other reasons, the 9-7X remained in production through the 2009 model year, when GM closed the plant that it and its brothers were built in. GM sold the entire Saab division shortly after that to the Dutch Spyker NV company, who later sold it to NEVS.

And, as always, Happy Vehicle-Memories