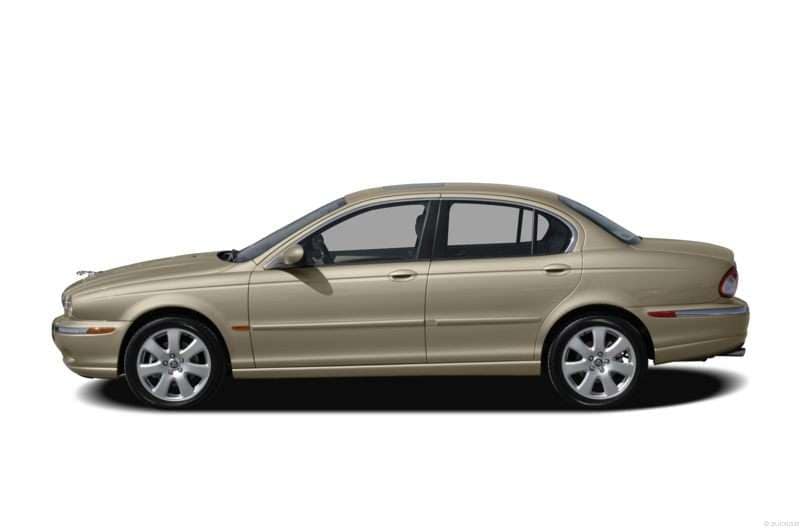 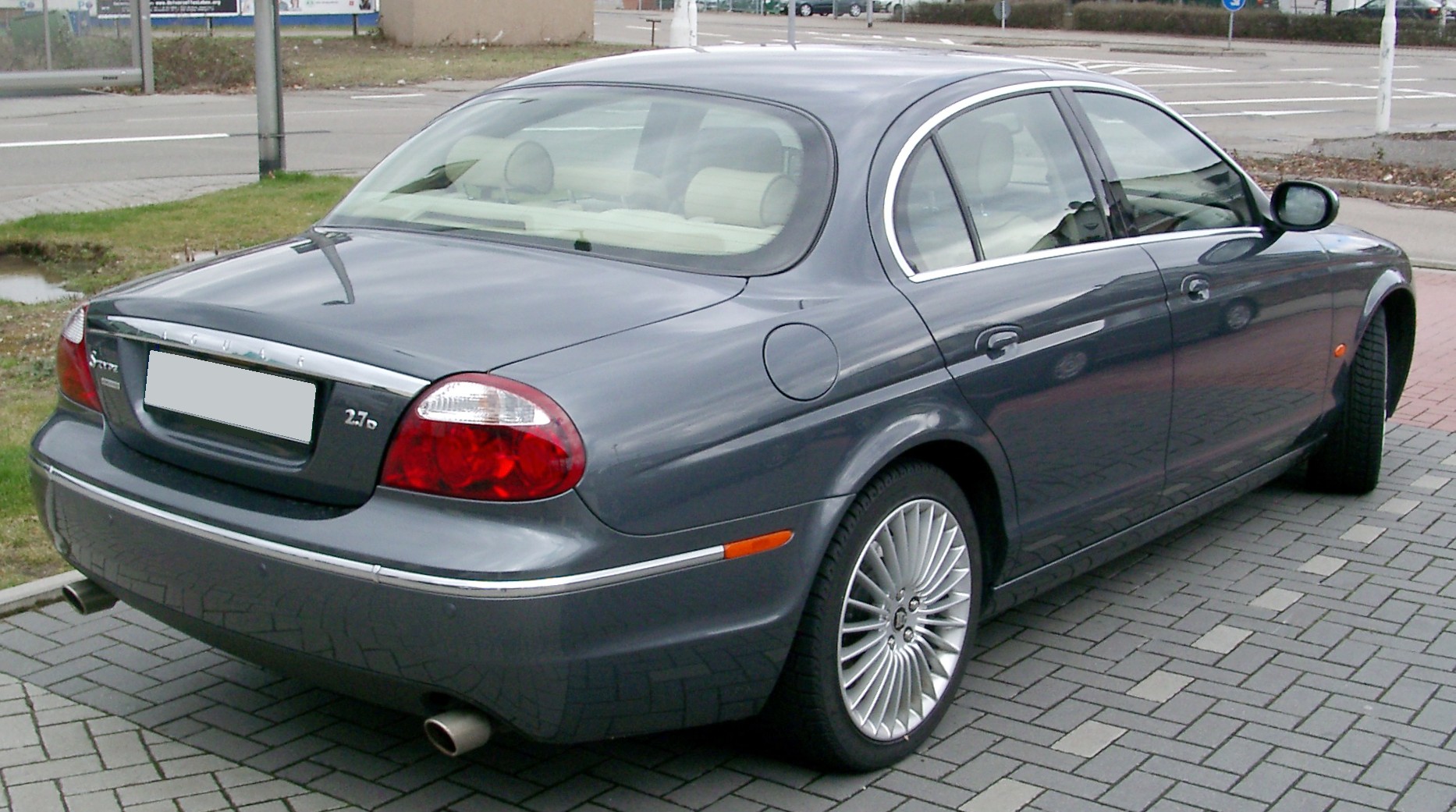 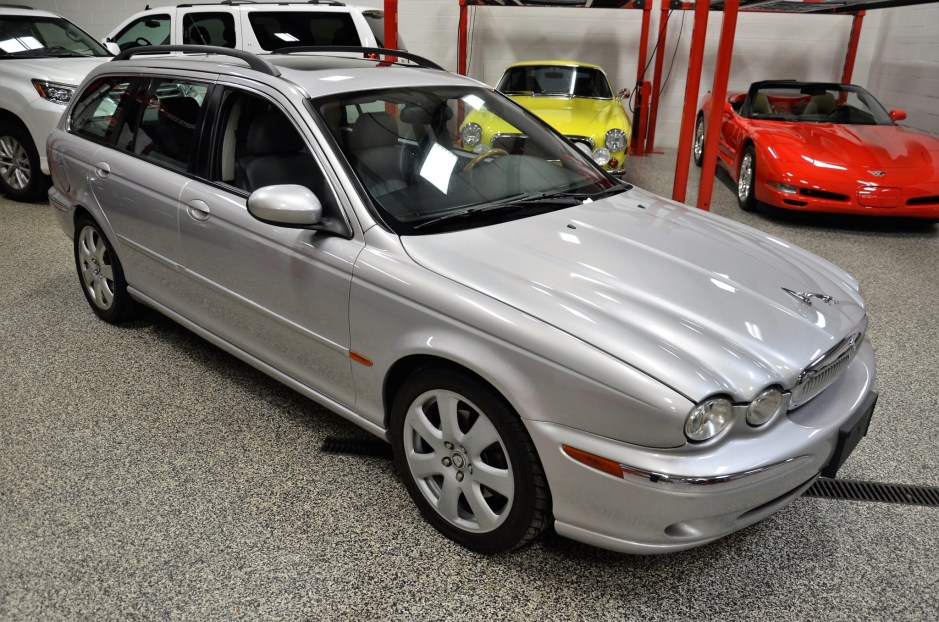 IN A NUTSHELL: Classic Jaguar on the surface, Not-so-Classic Ford under the skin.


While also known over the years for classic sports cars like the XK120 and XKE models (and the D-Type in Grand Prix racing), Jaguar also held a reputation for slick, beautifully-styled, but, unfortunately, not-so-well-built sedans. The standard Jaguar joke is that “I drove my Jag Coast-to-Coast, and it only caught fire once”….a sop to the notoriously unreliable British cork-gaskets and Lucas electrical system, plus the typical spotty quality-control in British auto-plants.

However, for those who were willing to tolerate frequent trips to the repair shop, and a vehicle perhaps less than ideally-screwed together, Jaguar sedans, especially for the price, were near the ultimate in eye-friendly styling, rich woods (including Burled Walnut) on the dash/console/door-panels, equally rich Connally Leather, and real metallic chrome…no plastic stuff. Unlike some competing brands, there was no denying a Jaguar body and interior. What you saw was what you got, although today, for the poor cows, there are also some excellent leather-substitutes…IMO the Lexus NuLuxe is the best one.

Jaguar, today, under the ownership of India’s Tata Motors, is also no longer the Jaguar of old in body and interior styling/materials….they essentially forgot their heritage (or, perhaps the bean-counters won out with cost-cutting) and essentially produce Teutonic-style vehicles. Tata acquired Jaguar and Land Rover when Ford essentially said “Ta-Ta” to both companies (pun intended), and sold them off in 2008 to control costs and help them avoid the bankruptcies/reorganizations that both GM and Chrysler went through a year or so later.

But, when Jaguar was under Ford’s ownership, one of the more interesting products, at least IMO, to come from that union was the X-Type sedan and wagon, which was derived from Ford’s CD132 platform, which also produced the compact Euro-market Ford Mondeo and the Ford Contour/Mercury Mystique in the U.S. I liked both of them, and thought they were quite well-built, with solid body sheet metal, decent if somewhat plain-looking interior materials, and a tank-solid Thunk to the door-closings. They also offered a beautiful light pinkish-orange Coral paint color. One of my neighbors has a Contour SVT (the sport-oriented version) some 25 years old and still running….he drives it regularly. I even considered buying the slightly upmarket Mercury Mystique version, although, at the time, I liked the plastic-bodied Saturn S-Class sedans even more.

So, since Ford had good success with both the widely-successful Euro-Mondeo and the American-market Contour/Mystique, the planners figured they would try a Jaguar-inspired version…which went on, of course, to become the X-Type. The X-Type would use the Mondeo chassis/platform, and, in the U.S., a choice of non-turbo 2.5L or 3.0L V6 engines and 5-speed manual or 5-speed automatic transmissions…as I recall, most of the ones sold in the U.S. had the 3.0L and automatic, although a smaller 2.1L V6 became available later. AWD was standard in U.S. versions (unusual for a sedan that size, unless it was a Subaru Legacy), although FWD became available later with the smaller engine, which was too weak for the extra weight/drag of AWD. Turbocharged four-cylinder diesel versions were available overseas, but not in the U.S. The body styling would use the traditional Jaguar flared-fenders, formal roofline, split-front grille, chrome leaping-cat hood ornament, and roundish four separate headlights. In other words, it would look more or less like a smaller version of the mid-size Jaguar S-Type, which shared platforms with the highly-rated Lincoln LS. Inside, the X-Type would have the typical Jaguar wood and leather, although, perhaps because of its lower price (then the lowest-price Jaguar available in the U.S.), the Walnut-wood strips were left off the door panels. I really liked the package…except for the odd and gimmicky J-shaped shift-lever pattern, which I was not a fan of in other Jaguars either. Those used to Jaguar’s opulent full-size XJ sedan interiors might not have been that impressed, but the X-Class made its Contour and Mystique brothers look almost military-stark inside by comparison. Also quite unusual for the period, both 4-door sedan and 5-door wagon versions were marketed in the U.S…….wagons were still popular in Europe, but, in the U.S., the exploding minivan/crossover/SUV market had generally made them obsolete.

As I suspected would be the case, the wagon version sold quite poorly here in the U.S., and even the sedans were not all that popular. I got a chance to sample a sedan on a decent-length test-drive, and, while I liked the looks of the package, I didn’t think it drove particularly smoothly or slickly for something with the Jag nameplate. I was also somewhat unimpressed wth the general build quality (they came from a British plant), and my sample felt somewhat loose in assembly, with several squeaks/rattles/creaks in the interior and basic structure. As much as I liked the concept, I don’t think I would have bought or leased one and took it home. The competing First-Generation Lexus IS300 compact sedan (one of which I DID buy and take home) was far more solidly-built inside and out…arguably the most solidly-built new car I ever owned, though not without some minor transmission and climate-control glitches.

Consumer Reports confirmed the low reliability-rating of the Jaguar X-Type, and, although it was officially listed as in production until 2011, it was, in effect, pretty much out of production by the end of 2009.

Despite its flaws, the X-Type was actually one of the last new Jaguars (along with the last-generation XJ sedan) that appealed to me. Shortly after that, as I mentioned earlier, Jaguar began changing the style of their vehicles to a more plain and Teutonic style, and the classic wood/chrome/leather packages became a thing of the past. Except for reviews and write-ups, I lost most of my interest in the nameplate. They, in effect, tried to fix what wasn’t broken.

It's the beginning of the end for Jaguar

Jag was done when Ford took over.

If I recall it finished near last in every comparison. It was supposed to help Jaguar sales but just tarnished the name.

mikeavelli said:
If I recall it finished near last in every comparison. It was supposed to help Jaguar sales but just tarnished the name.
Click to expand...

The standard AWD, nice traditional Jaguar interior, wagon-option, and Jaguar-esque body styling were good selling points, but it suffered from indifferent assembly quality and being too much of a Ford in its road-manners.

Razor said:
Jag was done when Ford took over.
Click to expand...

Overall, Jaguar's long-poor quality actually improved some when Ford acquired the brand and started applying some of its factory/assembly techniques. But those improvements didn't necessarily make it into the X-Type, which, as I said to Mike, suffered from indifferent assembly.

mmcartalk said:
Overall, Jaguar's long-poor quality actually improved some when Ford acquired the brand and started applying some of its factory/assembly techniques. But those improvements didn't necessarily make it into the X-Type, which, as I said to Mike, suffered from indifferent assembly.
Click to expand...

I just feel Jaguar lost it's identity...especially when it started looking like a Ford.

Razor said:
I just feel Jaguar lost it's identity...especially when it started looking like a Ford.
Click to expand...