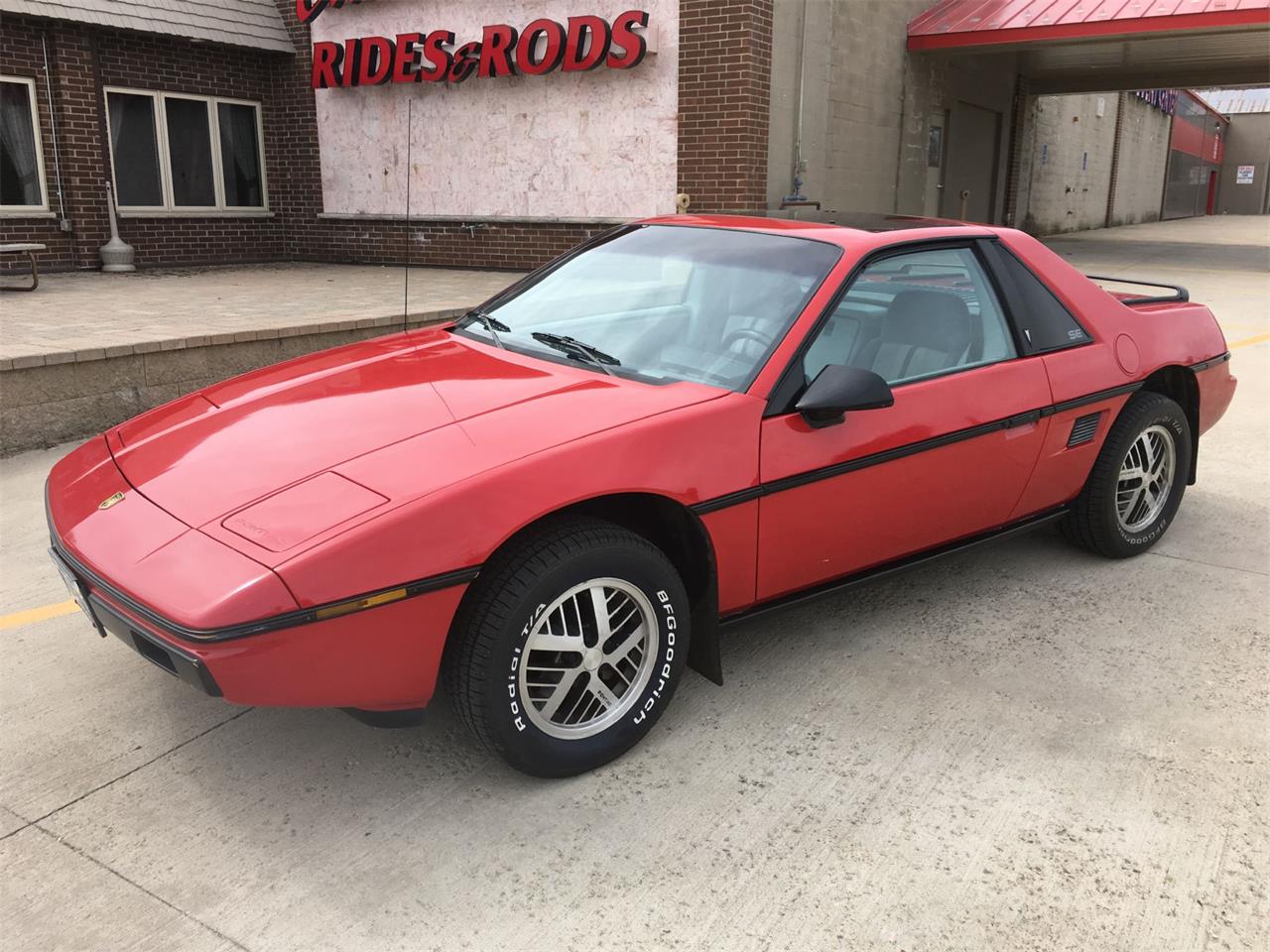 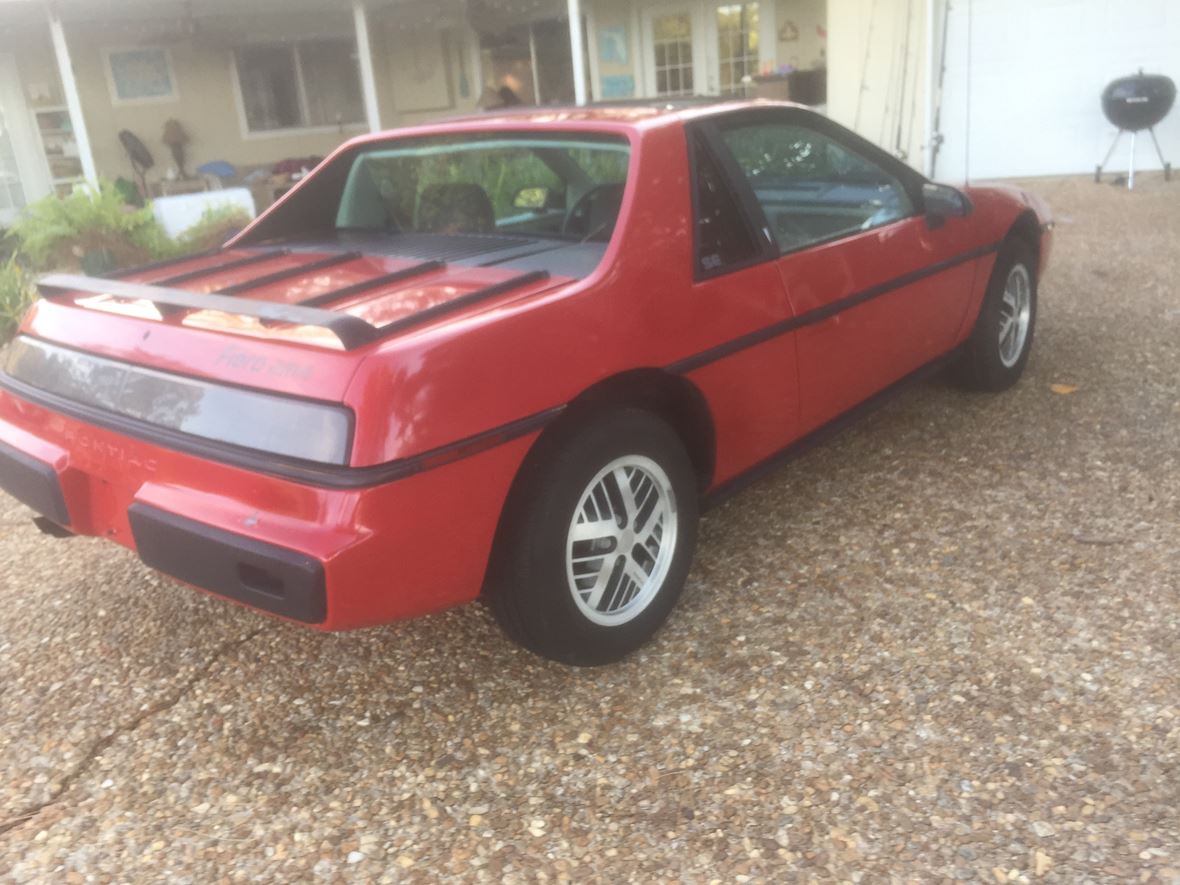 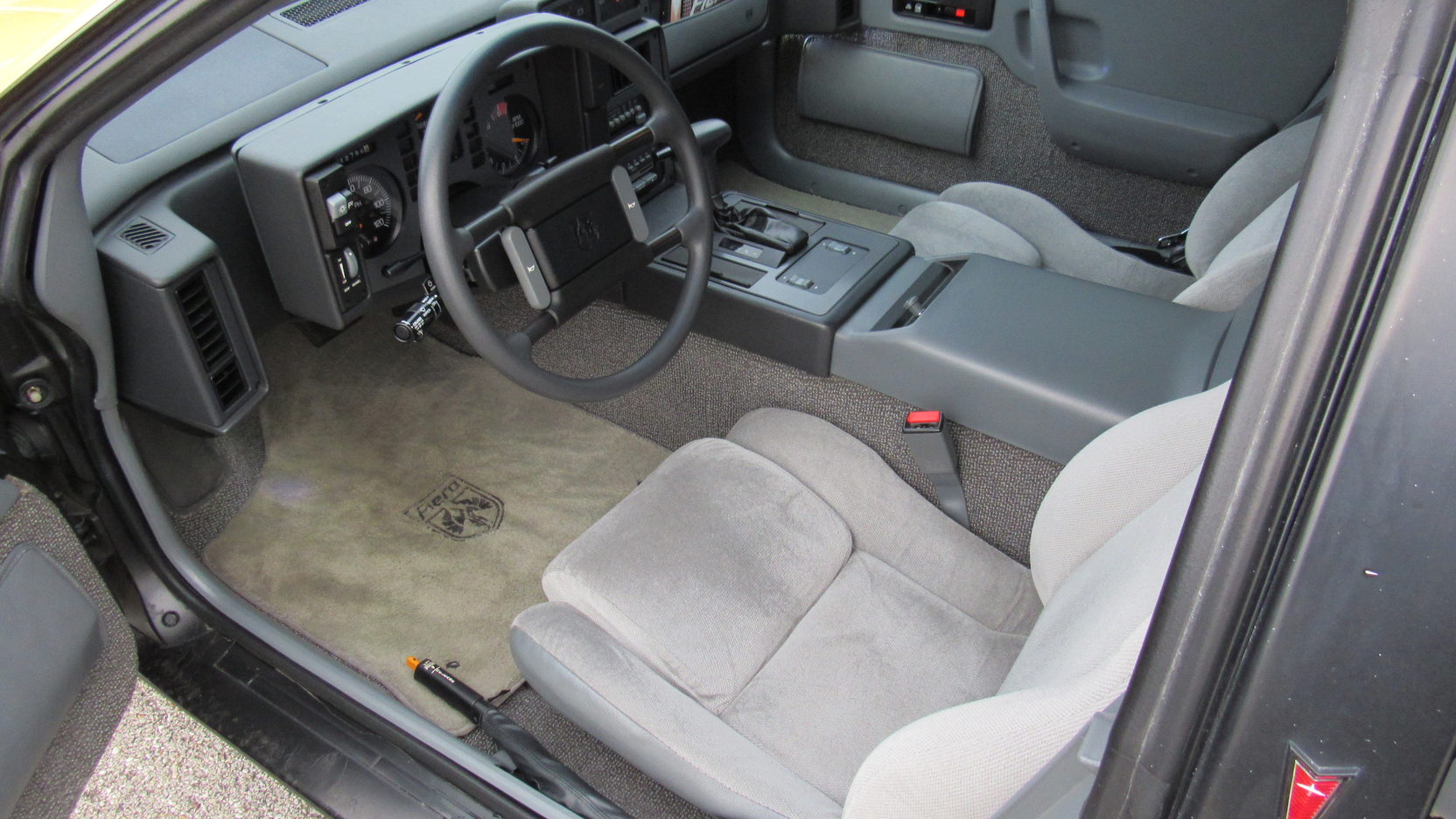 In a recent write-up, I covered what was was probably the most poorly-built new car I ever owned...the 1980 Chevy Citation (although a couple of Chrysler products from the period I also owned were close). In this write-up, I'm going to describe what was probably the most poorly-built new vehicle I ever test-drove. No, it was not the 1987 Hyundai Excel, despite the reputation they had for falling apart....when I test-drove the Excel, although poorly-engineered and not capable of even getting out of its own way, it was at least built in one piece. Nor was it the Yugo, which, while maybe deserving of the title, I never had the privilege of test-driving. Nor was it the Smart-for-Two, which, while driving, had the road-manners of a beach-ball, was also seemingly built in one piece.


No, this might surprise (or insult) some sports-car/roadster enthusiasts, but, in my experience, without question, it has to be the 1984 Pontiac Fiero. The one I sampled, at a then-Pontiac dealership in South Arlington, VA , just outside of D.C., was apparently assembled either by drunks or by the partially-blind. Indeed, I noticed so many problems on the test-drive that I actually cut the drive short somewhat to get back to the dealership because I was concerned about something critically important failing, like the steering or brakes, and I didn't want to risk an accident.

For years, after the notorious gas crunches of the 1970s and the Great Malaise years that accompanied and followed them, Detroit was accused of building slug-powered appliances that that had about as much appeal or personality as overcooked pasta. GM, in the early 1980s, attempted to overcome that, and address the steady slide of sporting-customers to European brands and Japanese 2-seaters like the Honda CRX, with the diminutive, mid-engined 2-seat Pontiac Fiero. It was, more or less, an American answer to the Italian Fiat/Bertone mid-engined X1/9 (which, I might add, was also poorly-built, although, again, I never test-drove one). One of our office managers had a bright green X1/9, so I was at least somewhat familiar with it.

The basic idea for the Fiero was something revolutionary for GM...an all-plastic-bodied 2-seat mid-engine sports-car.....actually, GM management, from what I understand, was somewhat split on marketing it a sports-car or a small commuter. To save money (which, of course, is usually paramount at GM), the front 2.5L "Iron Duke" four-cylinder/transaxle/final/drive assemblies and driveshafts from the FWD X-Body compacts would be used, simply mounting them, in a mid-engine fashion, behind the cabin and driving the rear wheels instead. A new and revolutionary manufacturing process would be used that drilled holes from the ceiling and lined up the panels....I've read a little on it, but don't know a whole lot about it. Later, after intense pressure from the auto press, a small V6 version and new, more-rounded, less-chunky body styling was used.....the year before the car was dropped.


Anyhow, back to the Fiero test-drive. If my memory is correct, it was a bright red four-cylinder automatic, since I previously had two years of experience with GM's X-Body-derived manual transmission in my Citation. I didn't even get the car off the lot before I immediately started noticing problems. A couple of the gauges weren't working properly....fuel and temperature, I think. Driving on a straight level surface, the steering wheel was canted about twenty or thirty degrees off-center....something that should have been addressed during wheel-alignment at the factory. I think I also remember some shimmy from a bad wheel or tire-mount. The radio seemed to cut in and out, like it maybe had a bad connection somewhere. The driver's seat (though I am no lightweight) seemed loosely-attached with my bulk in it....and, of course, the car's Munchkin-size and cramped cabin made the seat difficult to get in and out of as it was. Engine and road noise were very pronounced..either the insulation was poorly-attached or there simply wasn't any on the plastic panels. Ride comfort, due to the very short wheelbase, light weight, and relatively sporting suspension, was quite stiff by the standards of the day, even with tire-profiles that would seem high today. So, after trying it on a couple of different road surfaces and traffic-conditions, I said Screw It, that's enough....I'm taking this thing back to the dealership before something serious fails on me. I was not rude to the salespeople, but made it clear that, like the X-Bodies, this car had some significant problems that the factory needed to address.

Apparantly, they must have listened, if not simply to me, to a number of actual Fiero owners. I later heard, from a co-worker who lived near a Pontiac dealer in Maryland, some distance away and knew some of the people at the dealership, that the number of defects in these cars was so bad that the regular dealerships gave up trying to handle them. So, GM came up with a system where a team of factory engineers (not the usual technicians) would travel around to various dealerships and handle individual cases. Fiero owners with the worst problems were asked, by appointment, to drop their cars off on a Friday and leave the key.....a loaner would be provided (many dealer-service facilities were closed on Saturdays and Sunday back then). The owner would be told to come back on Monday. Then, when the owner left on Friday afternoon, after the service-bay closed and no one else was there, the engineer-team would go to work, essentially take over the shop, work the entire weekend, disassemble the offending car down to the basic space-frame and chassis, and re-assemble the car properly, correcting any defects in the process and taking brand-new parts out of the shop or ordering them as needed. If everything went well, the car would be re-assembled, road-tested, and ready to go when the owner returned on Monday. Obviously they couldn't do this with every Fiero...but from what I heard, it was done with the worst cases. Keep in mind that this story is Hearsay (I couldn't verify it myself)...but I have little or no reason to doubt its authenticity. And the condition of my test car was an obvious indication that these cars were going to have problems. Later, of course, was the well-known factory recall for engine-fires, which had affected about one out of every 400 cars.

The only reason, IMO, why this car didn't damage GM's reputation as much as the previous Corvair, Vega, X-Bodies, Cadillac V8/6/4 engines, or the infamous diesel 5.7L V8 did is that they simply didn't sell as many of them and p*ss-off as many customers. This was essentially a niche-car, with niche-appeal, so only a very limited number of customer and potential customers were really attracted to it. But the Fiero-debacle did have one silver lining, several years down the road....the experience GM gained with the space-frame, plastic body panels, and the painting-process for those panels helped to produce the excellent Saturn S-Series compacts of the 1990s....something I've already covered in another MM write-up.

And I might add, of course, that Toyota, a few years later, came out with a well-built, reliable alternative to the Fiero and X1/9...the first-generation mid-engined MR2. But that, of course, is another story.

And, of course, Happy Car-Memories...at least happier than this one.

Still arguably the best looking GM product of that decade, although there's not a great deal of competition.

And it's still funny in a "typical GM" way that once they fixed all of the major problems with the car they discontinued it.

Better than the early-80s Trans-Am?

For me the '82 and up (the Knight Rider Trans Am) is better looking, but the Screaming Chicken is certainly a classic. 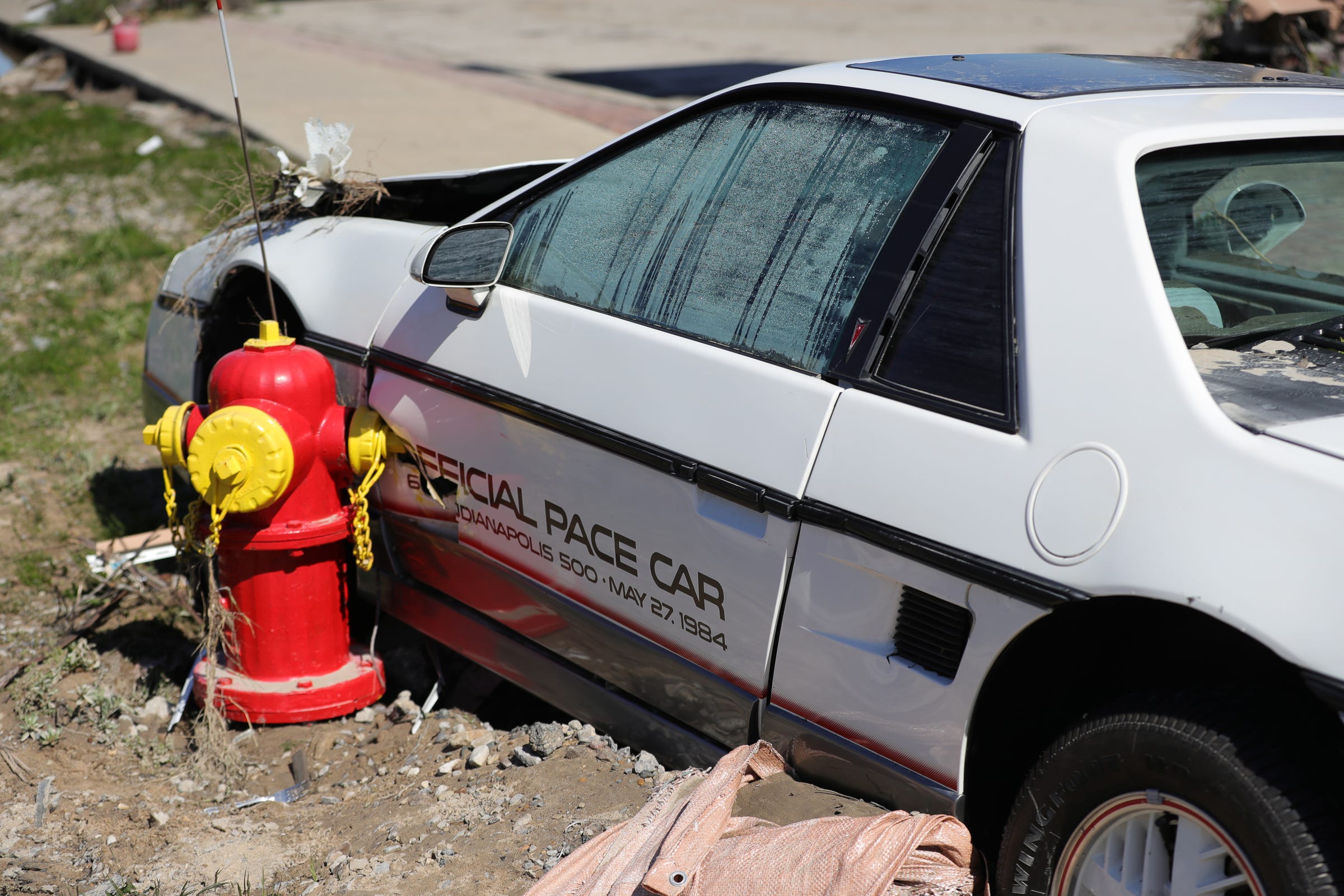 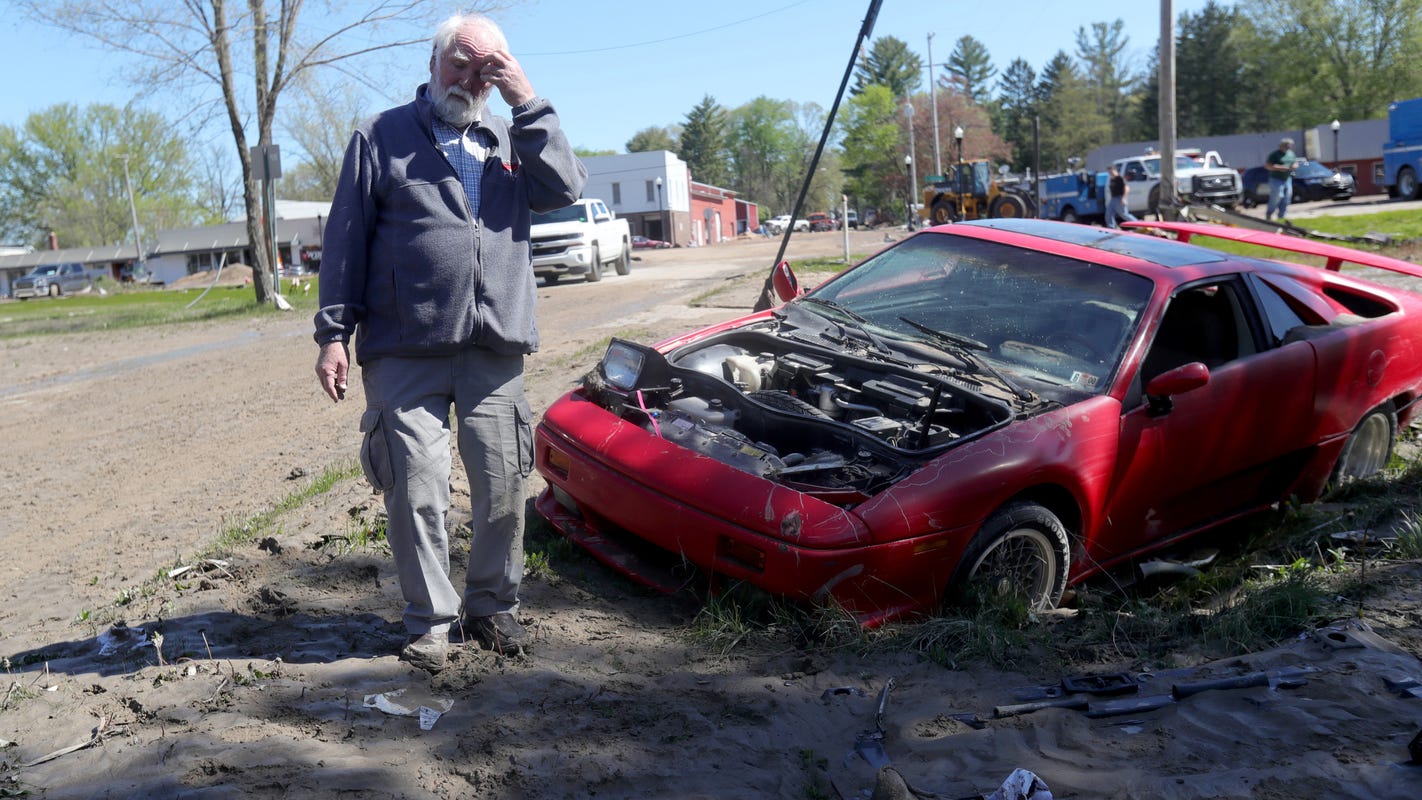 "It's devastating," said Tim Evans, who owns 20 of the short-lived sports cars.