IN A NUTSHELL: A smash hit, and arguably the first significant Japanese sports car in the American market. 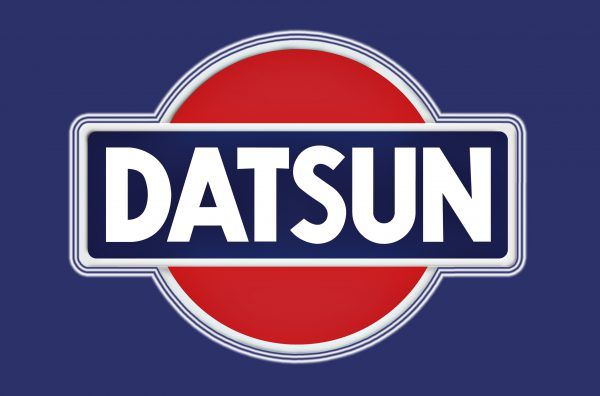 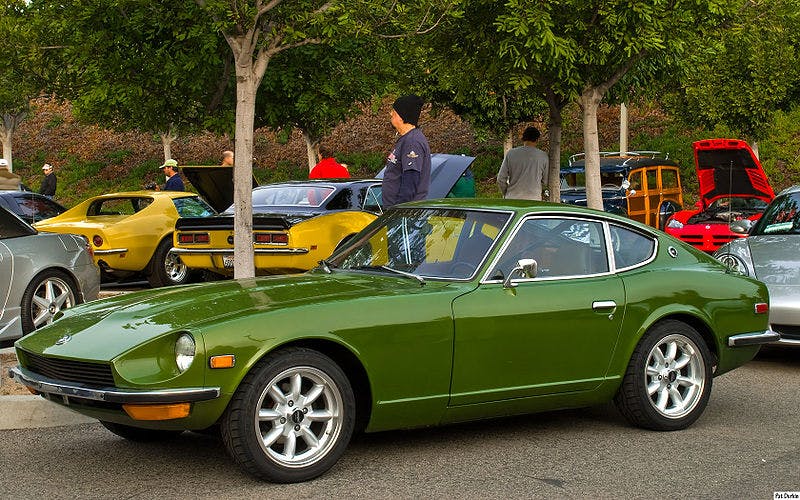 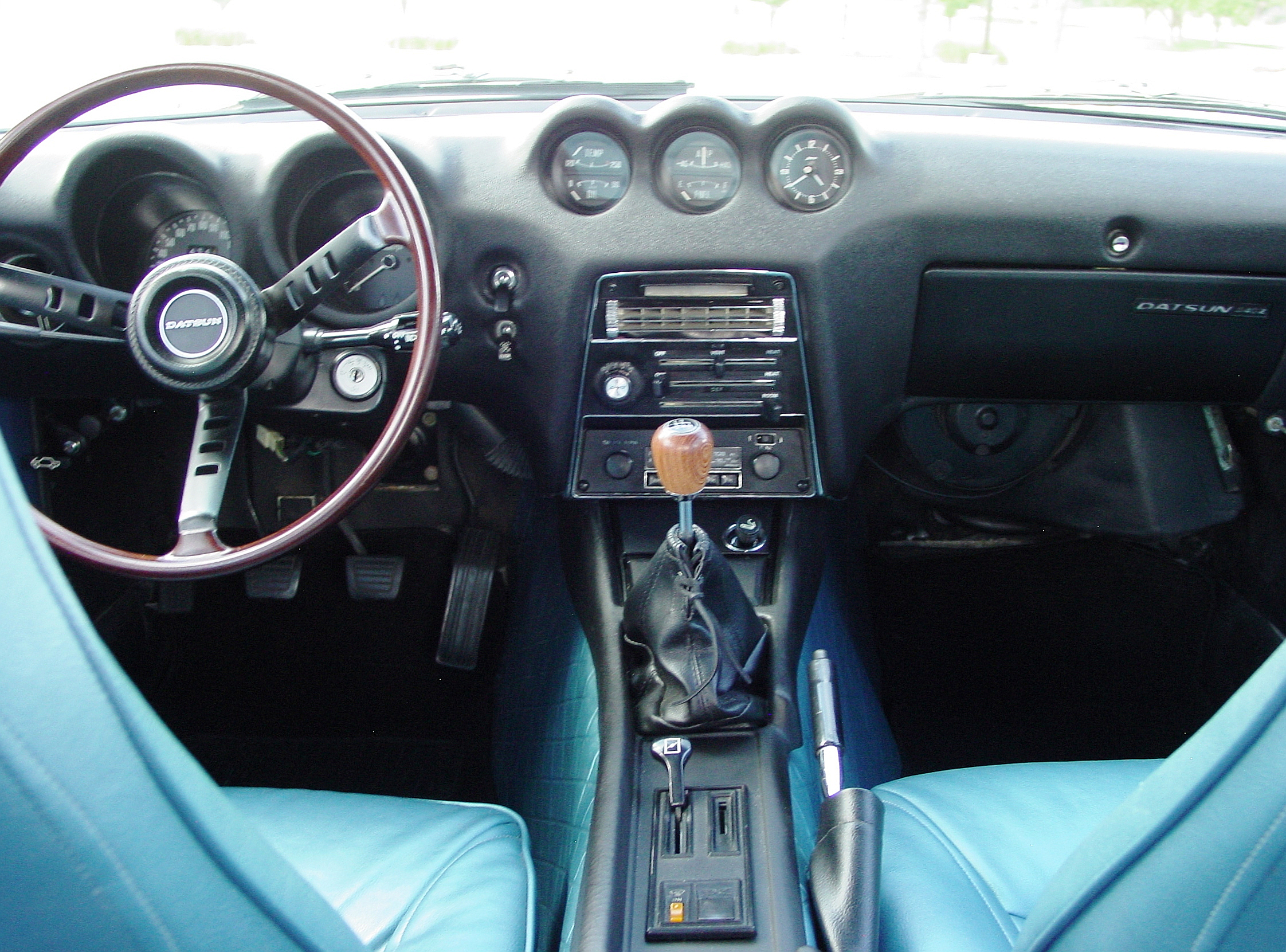 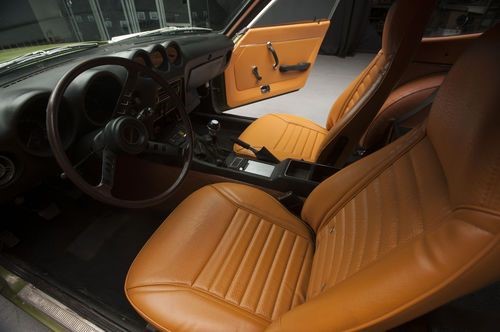 For many years, after World War II, the term “Made in Japan”, including their automotive products, was considered to be a joke….some of it obviously from leftover hostility of Americans against the Japanese, but some of it based on fact. It took the Japanese, even with American aid and occupation, over two decades to repair and rebuild their factories after the war……they did not start to make reasonably durable and well-assembled vehicles until the latter part of the 1960s. And, even then, most of their vehicles were not only too small for the tastes of most Americans at that time (Japanese persons, on the average, were smaller and lighter than most Americans)…but their vehicles, which were mostly Toyotas and Datsuns in the U.S., also had severe rust problems in spite of their mechanical quality. Which, IMO, was somewhat puzzling, because certain parts of Japan, particularly Hokkaido Island in the North, because of its location) have a harsh winter climate very similar to the Great Lakes Snow-Belt climate in the U.S. (NY, PA, OH, MI, WI, MN), where roads get large amounts of snow, much salt is used, and there is significant vehicle-corrosion. That problem was not adequately addressed on Japanese-sourced vehicles until some 20 years later, in the 1980s.

Yet, some Americans at that time (late-60s), in fact, did like small imports….particularly those who were attracted to the air-cooled Volkswagen Beetle (which I did a previous write-up on). The Counterculture Hippies and Flower People loved the Volkswagen Microbus….arguably the first minivan. A number of the American military troops who had been stationed in Europe during and after the war took a liking to the small open-top two-seat British roadsters (despite their atrocious unreliability), and brought these Triumph, Cunningham, A/C, Austin-Healey, Jaguar, and MG roadsters back home to the U.S. with them, setting the stage for a market for them here.

While the British were building (and selling) these small roadsters to a growing market here, it did not go unnoticed in Japan, and the Japanese, always a very industrious people, felt that, if they put their heads to it (which they did), they could maybe reap some of this emerging sports-car market. Several of the attempts were not feasible or practical at first, but then Toyota came up with the 2000GT, and Nissan the 240Z (Honda was then still basically a motor-scooter manufacturer). Unlike the open-top British roadsters, which leaked like a sieve and made all-weather protection for the occupants a joke, the 2000GT and 240Z were far more solidly-built, more reliable, and had solidly-enclosed roofs. Although, technically, the slow-selling Toyota 2000GT beat it to the American market by a few years, most automotive historians (and I agree) consider the Datsun 240Z to be the first significant Japanese sports car to reach the U.S. Introduced in late 1969 for the 1970 model year, it quickly captured the hearts of many, more so than any other Japanese import up to that time. And it’s not difficult to see why. The Toyota 2000GT, IMO, while sleekly-styled, looked somewhat awkward both in front and rear, the also-sleek but handsome 240Z was truly a looker, and, like the far more expensive Jaguar XKE a decade earlier, turned heads wherever it went. While Nissan products used that official company-name in most countries, they carried the Datsun name in the U.S. The 240Z, in Japan was known as the Nissan Fairlady, with the Datsun 240Z moniker in most other places…but apparently the Nissan marketers felt that the name Fairlady would not go over very well in the U.S. and some other countries (IMO, they were correct). So, primarily because of its 2.4L straight-six engine in the U.S., they chose the 240Z name instead.

Unlike the 2000GT, which was competent but awkward-looking and simply did not appeal to a lot of Americans, the 240Z was clearly a hit that was, if not a home run, then at least a triple-hit to third base. And it probably would have been a home run if not for the aforementioned rust problem, particularly along the lower edge of the two doors…this was a very common with them as they aged, particularly in rust-belt states. At that time, Japanese rust-proof techniques were not only not very advanced, but they used sub-standard non-galvanized sheet metal for body panels. Otherwise, however, the rest of the vehicle, in many ways, was superior to American-designed and built vehicles, and showed careful attention to fit/finish and assembly that numerous American vehicles, particularly Chrysler products, at that time, lacked.

And there were reasons why Americans liked this car so much in spite of its unsuitability in winter climates. The 240Z was a true classic, with handsome lines that were pleasing to most eyes. It had sports-car maneuverability, a smooth and responsive in-line six engine, a relatively easy-to-shift 4-speed manual transmission whose clutch was not overly-heavy or tiring to use like the clutches in the American muscle-cars of the time (1971+ versions would also offer a 3-speed automatic). While not a station wagon inside by any means, it was still easier for most Americans to get in and out of and sit in than with the tiny British roadsters (particularly the minuscule MG Midget). It offered protection from the weather. The three auxiliary triple-gauge-circles in the center of the dash not only looked sharp and handsome, but became the trademark for later Z models to follow as well. And, best of all, the electrical system and engine seals/gaskets didn’t constantly self-destruct or burn out like in the British sports cars. Although there was no social-media or Internet/forums in those days, 240Z owner-clubs/associations, auto-crossing, and racing-clubs still sprang up almost overnight for those who wanted to run their Zs at the track. The complex multi-carburators and their linkages sometimes took more than their share of tuning/adjustments to keep in peak running condition, and that was also before the days of electronic engine controls, but owners still loved these cars in spite of the needed maintenance.

Later versions of the Z (260Z, 280ZX, 300ZX, etc…) in the 70s and 80s would bring a number of improvements such as electronic fuel injection, lubed-for-life chassis, more power, and much better rustproofing, but also more weight/bulk, less-handsome styling with larger U.S.-certified 5-MPH bumpers, more gimmicks and features inside, and just not the same character as the original. Finally, almost two decades later, in 1990, the Japanese would introduce the still-better Mazda Miata, which, unlike the first Z-cars, not only provided the same open-top Fun-in-the-Sun that the 50s/50s British roadsters did, but did so with Japanese reliability and a well-sealed fabric top.

Though I never owned one, I got a chance to sample and test-drive a few Z-cars. Back in the 1980s, one of my ex-co-workers owned a classic 240Z. In the late 70s, a colleague of mine at my church owned a silver 260Z…one of the first ones produced with fuel-injection. One of my next-door neighbors, many years ago, owned a sharp-looking 280ZX in two-tone Gunmetal-blue/silver that got stolen one night right out of their condo parking -space…we never saw it again. And another one of my neighbors, today, has a sharp-looking red/orange original 240Z that has had lot of restoration work done (I included some pictures of it above). It replaced an earlier one that had a lot of the aforementioned rust on the lower door panels, and looked unacceptable.

Although Z models, along with other higher-end Japanese sports cars, were pulled from the U.S. market in the mid-90s because of a number of factors, they were re-introduced again several years later with the new less-expensive 350Z (which unfortunately had a lot of design/assembly problems) and ultimately the 370Z, which is now about to get a new Second-Generation 370Z version.

The classic Z lives on.

What has always been interesting about Datsun to me is that when i see this cars labelled as classic i can only picture growing up in Nigeria and seeing them everywhere as a common man's car.

bogglo said:
What has always been interesting about Datsun to me is that when i see this cars labelled as classic i can only picture growing up in Nigeria and seeing them everywhere as a common man's car.
Click to expand...

Correct me if I'm wrong, but I'd wager that most of the Datsuns sold in Nigeria (before the later name-change to parent-company Nissan) were probably small econoboxes like the 210, B210, and F-10...with maybe a few larger 510s or 610s here and there. You probably didn't see very many 240Zs in that part of the world

mmcartalk said:
Correct me if I'm wrong, but I'd wager that most of the Datsuns sold in Nigeria (before the later name-change to parent-company Nissan) were probably small econoboxes like the 210, B210, and F-10...with maybe a few larger 510s or 610s here and there. You probably didn't see very many 240Zs in that part of the world
Click to expand...