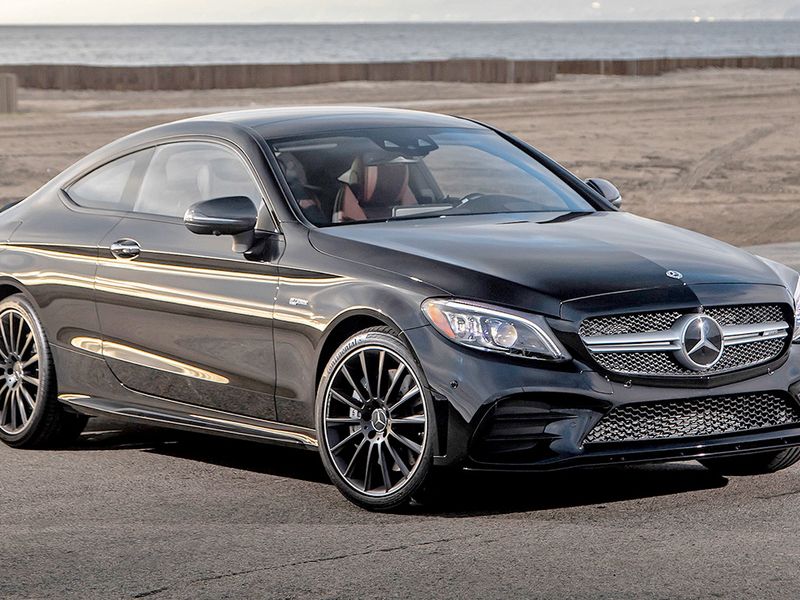 Cars on the chopping block at Mercedes

In a major change for a global marque that built an identity on luxury sedans, coupes and convertibles, Mercedes plans to trim its U.S. product lineup, cutting seven car models, reducing costs and complexity.

Cars on the chopping block at Mercedes
Bloated U.S. portfolio, showrooms resemble menu at The Cheesecake Factory, one dealer quips

With car sales in freefall in the U.S., Mercedes-Benz is moving to reduce its exposure in the vehicle segment.

The luxury automaker plans to jettison seven car models from the U.S. market, Mercedes-Benz USA CEO Nicholas Speeks told dealers during a webinar in late June. Speeks did not identify the models or offer a timeline, according to retailers who heard the presentation.

But according to a source familiar with the plans, there could be more than seven models. Those under consideration are the coupe and convertible versions of the S-, C- and E-Class nameplates, as well as the CLS coupe and one of the brand's GT models, according to the source.

A Mercedes spokesman declined to comment on the brand's U.S. product plans.

The portfolio paring is a significant sign of change for a global marque that built its identity on luxury sedans, coupes and convertibles. But U.S. demand for cars has slumped, as Americans flock to roomier and more practical crossovers. Luxury car sales in the U.S. declined 37 percent in the past five years, compared with a 73 percent increase in luxury crossovers in that period, according to the Automotive News Data Center.

Mercedes' product pruning is geared toward reducing complexity and cost — for the company and retailers. The brand's bloated U.S. portfolio — which one dealer compared to the menu at a Cheesecake Factory restaurant — has nearly doubled to 15 nameplates since 2000. Including engine variants and body styles, the lineup in the U.S. has ballooned to more than 100 versions.

Product expansion has made it harder for consumers to differentiate between models, and added complexity and cost for dealers, said Jeff Aiosa, owner of Mercedes-Benz of New London in Connecticut. "Reducing model proliferation is good. We've been asking for that," Aiosa said. "Whether or not seven models is enough, time will tell."

Mercedes acknowledges the multiple body styles and engine variants have added cost and complexity in inventory management for its retailers. "Do we need all the products that we currently have?" Speeks told Automotive News in May. "We also have to play our part in cutting our costs to meet our means."

Mercedes isn't just pulling car models from its U.S. stores; it also is yanking their production out of its North American factories to make room for more desirable — and more profitable — crossovers and SUVs.

Daimler confirmed this month that it will relocate production of the C-Class sedan from its plant in Vance, Ala., to factories in Germany, South Africa and China. Automotive News reported those plans more than a year ago.

And the company will end production of the A-Class compact sedan at its Daimler-Nissan joint-venture factory in Aguascalientes, Mexico, after just two years.

Luxury automakers, especially the Germans, have historically chased market niches — offering a vehicle for every imaginable taste. That unbridled expansion is now catching up with the brands.

While most automakers limit their lineups to one or two coupes or convertibles, Mercedes-Benz has attempted to claim every price range with two-door models, despite evaporating demand for the body style.

Modern-day, four-door sedans have adapted the sportier styling that once was the trademark of coupes, said Sam Fiorani, vice president at AutoForecast Solutions.

"With the added utility of rear doors and a fully usable back seat, sedans have made two-door models redundant," Fiorani said. "Two-door coupes and convertibles now only appeal to a handful of buyers who find the extra openings offensive. These buyers are slowly moving to sedans or utilities, or aging out of personal vehicles altogether."

Coupes and convertibles are a shrinking part of a shrinking segment, in a shrinking overall market, noted Greg Gates, vice president at Swickard Auto Group, which operates three Mercedes-Benz stores.

"There's just not that many customers who are looking for a $150,000 convertible," said Gates, referring to the S-Class convertible. "Are there customers for coupe and cabs from time to time? Sure. But we still have plenty of great products to sell to them and we can find something that's going to fit their needs."

Mercedes is looking to dump other low-volume sporty sedan models, too. The automaker discontinued production of the low-volume SLC roadster in April. U.S. sales of the SLC dropped to 1,840 last year and have fallen steadily since topping 10,000 a year in the early 2000s.

It's unclear which AMG GT model Mercedes plans to cut from its U.S. lineup. Fiorani forecasts that the four-door coupe will be discontinued globally once the product life cycle ends in 2023. The four-door GT and CLS compete for the same buyers in the price range with the S-Class sedan, reducing the profit on all three models.

Adjusting the product lineup is the "right first step" in addressing the demand cannibalization among models, Gates said. But Mercedes must be careful to not overdo it and risk alienating customers.

"It's good that MBUSA is taking measured steps," Gates said. "You don't want to lose 10,000 customers from a brand perspective."

Even as Mercedes backs away from some combustion engine-powered models in the U.S., the automaker is gearing up to bring a fleet of battery-powered vehicles. Next year should see the introduction of three electric models.
Click to expand...

Makes sense to me. A sign of the times with too much model proliferation over the last decade.
L

They cut the wrong models. They should cut all CUVs except the GLE and the GLC Coupe.

Levi said:
They cut the wrong models. They should cut all CUVs except the GLE and the GLC Coupe.
Click to expand...

And destroy their sales? The GLA and GLS sell like crazy.

F1 Silver Arrows said:
And destroy their sales? The GLA and GLS sell like crazy.
Click to expand...

I thought he said that in annoyance that normal cars are getting discontinued. I didn't get any vibes where it was sarcasm tbh.
L

@F1 Silver Arrows was right, it was not sarcasm. It was criticism of current CUV crazy market/trend, before SUVs where a type of car with special purpose, now every car is a "SUV".

Levi said:
@F1 Silver Arrows was right, it was not sarcasm. It was criticism of current CUV crazy market/trend, before SUVs where a type of car with special purpose, now every car is a "SUV".
Click to expand...

I'd rather drive an IS or GS over any RX or NX, but that's my preference for cars, but obviously, sales say otherwise.

Utterly sad to see coupes go. A SUV filled lineup does not give me the feeling of luxury or technology or being forward thinking. It just shows me you follow the masses.
L

mikeavelli said:
Utterly sad to see coupes go. A SUV filled lineup does not give me the feeling of luxury or technology or being forward thinking. It just shows me you follow the masses.
Click to expand...

There is always the Audi eTron GT... 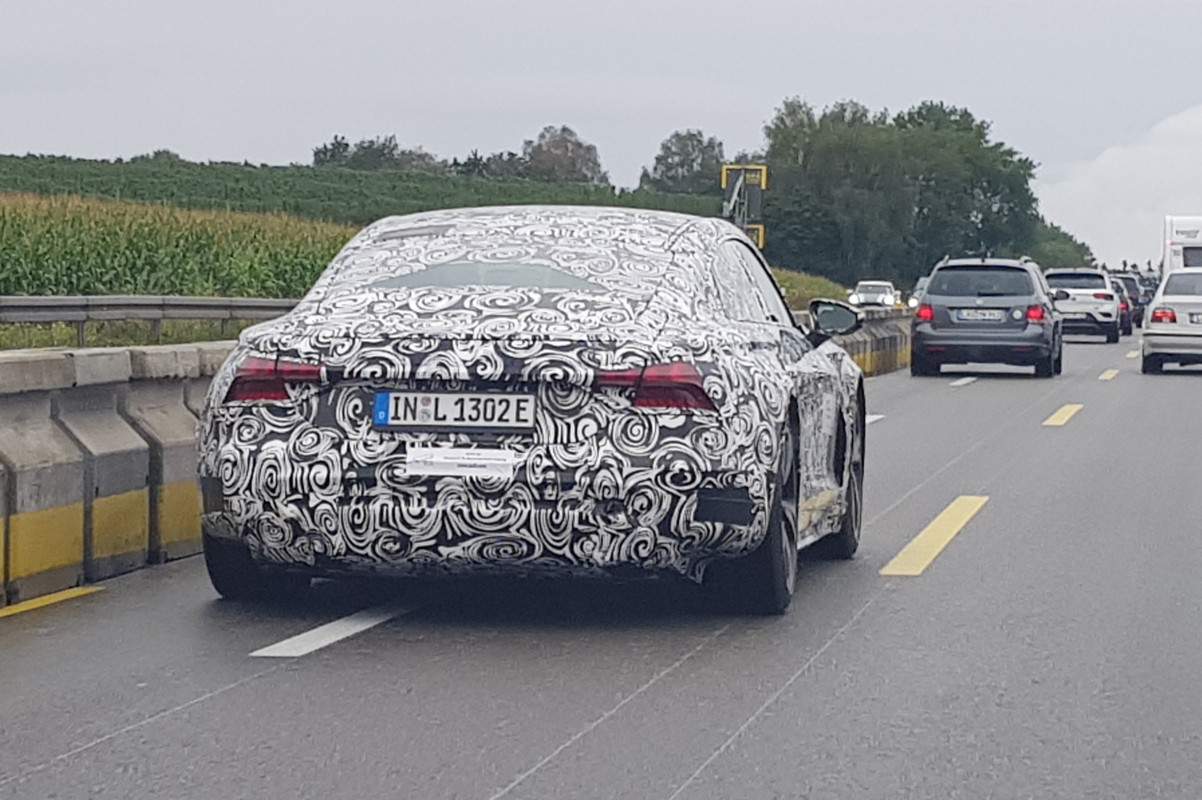