Looked at a couple of new Ford Mavericks today.

Looked at a couple of new Ford Mavericks today. 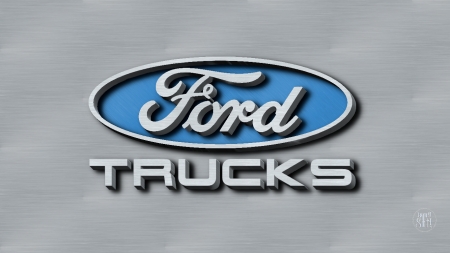 Ford Mavericks have become extremely hard to get recently. Orders for the 2022 Hybrid models have been cut off completely (they will resume next summer if plant-capacity allows), and gas versions are delivered at a very slow trickle at best. The Ford shops near my house have not had any for weeks. So, when I saw that a very large Ford dealership just a couple of miles from my place (they are split into two Ford branches, one with Ford only and the other branch with both Ford and Lincoln) had two new Mavericks listed in stock, I hopped into my Encore GX and buzzed out to take a look, figuring I’d also stop afterward at the Wegman’s just a couple blocks from the dealership and get some lunch and groceries. (I love their sub-sandwich shop).

Fortunately, both were still there when I arrived, and I didn’t even have to deal with salespeople…they were up on the parking-garage roof, next to each other (and to a Ranger for comparison LOL) where you can just drive up the ramp, park, and browse for yourself. Both were Super-Crew Lariat models, painted the same color (non-metallic Cactus light-Blue/Gray), which is also available in the Bronco Sport. Both had black/brown imitation-leather seats inside. Both were gas-powered, with the 2.0L Turbo-Ecoboost and 8-speed automatic. One was FWD and the other AWD, and marked up $2,000 over list. Even apart from that, the FWD version actually was some $1600 more than the AWD model, simply because it had more options….the dealership asked the same extra 2K for both. Straight-MSRP, though, without a mark-up (see attached stickers), the FWD one was $32,125, and the AWD $30,715. Both FWD and AWD had the same base-price of $25,490, which seemed odd, but that is just the way that Ford prices them at the factory…..which, all else equal, obviously makes the AWD a better deal. El Cheapo base versions, of course, start right around 20K…which, alone, makes probably them a better bargain than Hyundai’s smaller and more expensive Santa Cruz.

Although there were a few features inside I didn’t care for, Ford really nailed the overall design of this truck, inside and out. It’s a simple, handsome, classic two-box design with a bed, for maximum space-efficiency, and it appears substantially larger in person than it does in images/pictures, especially when parked next to the Ranger in comparison, although the Ranger sits higher off the ground and is not a crossover. It is not only noticeably larger than the competing Santa Cruz, but, IMO, looks a lot better too. The Santa Cruz has a somewhat overstyled and awkward look especially up front, and the more-raked styling cuts down on interior space efficiency. It is likely to be more reliable than the Maverick, though, in the long run, as Ford does not have a good track-record with either Ecoboost engines or the reliability of their Escape-based platforms in general….which the Maverick, like the Bronco-Sport, comes from.

Three things inside I didn’t like. First, the rotary-shifter, with the center-Park-button, which Ford seems determined to force down the throats of almost all of its new-vehicle buyers. Second, the usual cheap black-plastic interior column-stalks and switchgear that are right out of the Ford parts-bin, and lack the smooth/crisp/precise feel of the ones that GM uses in its Chevy/Buick/GMC crossovers. Third, like with most Ford products, the standard Video-Screen is mounted on the dash in a somewhat tacky manner. The dash and door panels, even on the Lariat versions, are not very plush-looking/feeling, but some of that reflects the truck’s fairly low price….and I did not consider that part a complaint. The imitation leather on the seats (Ford calls it ACTIVEX) makes up for it by having a fairly nice look and feel, although not as nice as the superb NuLuxe that Lexus uses. And interior space-efficiency, considering the exterior dimensions, is very good due to the two-box design.

I didn’t ask for a test-drive today, for several reasons. First, I didn’t feel like dealing with sales-reps today. Two, I didn’t know if these two vehicles had been sold or not……Even though they were not marked "Sold", I figured it was likely they had been, or were being held for other customers. Three, although I’ve never in my life damaged or wrecked a vehicle I was test-driving or reviewing (I’ve had two fairly close calls…..one with a Pontiac Firebird Trans-Am, and the other with an expensive Porsche Panamera), these Mavericks are so hard to get right now that I simply didn’t want to take a chance on something happening to one of them in the heavy D.C. area traffic. Prudence sometimes has to take priority over impatience, and I’ll probably have more chances for a test-drive next year when more of them become available.

To be upfront, I'm not sure of the various grille combinations/looks for the new Ranger. But you used the word "handsome" and provided the picture above and I couldn't disagree more. Absolutely could not disagree more. Aesthetically, that gaping black area between the two large headlights is hideous.
F

What am I missing. Ford Mavericks? mmmm.

LateToLexus said:
To be upfront, I'm not sure of the various grille combinations/looks for the new Ranger. But you used the word "handsome" and provided the picture above and I couldn't disagree more. Absolutely could not disagree more. Aesthetically, that gaping black area between the two large headlights is hideous.
Click to expand...

Well, I certainly respect your opinion....styling is something that tends to be subjective rather than objective. But, first, if you don't like the black plastic grille, then what color (or texture) would you use in its place? Second, I don't think the existing black grille looks as bad with the metallic crossbar splitting it in half as it would look if it was just one big continuous piece of black plastic.

Now.....if you want to see what I consider a REAL eyesore of a black plastic grille, check out this version of the Toyota Avalon.

fodalo said:
What am I missing. Ford Mavericks? mmmm.
Click to expand...

If you are not aware it (and, no, I didn't mention it in this write-up)...the "Maverick" name was first used on a line of compact cars (also marketed as the Mercury Bobcat) in the early-mid 1970s. The name was revived for the 2022 crossover/compact truck.

(I did a Retro-write-up on the original Maverick, BTW, some months ago and posted it)

If I remember correctly, the Mercury Bobcat was the badge-engineered twin to the Ford Pinto.

And it was the Mercury Comet that was the badge-engineered twin to the Ford Maverick car.

The Pinto/Bobcat and Maverick (and less so the Comet) seemed to be in every other driveway as I was growing up in Southern Ontario.

Sulu said:
If I remember correctly, the Mercury Bobcat was the badge-engineered twin to the Ford Pinto.

And it was the Mercury Comet that was the badge-engineered twin to the Ford Maverick car.

The Pinto/Bobcat and Maverick (and less so the Comet) seemed to be in every other driveway as I was growing up in Southern Ontario.
Click to expand...