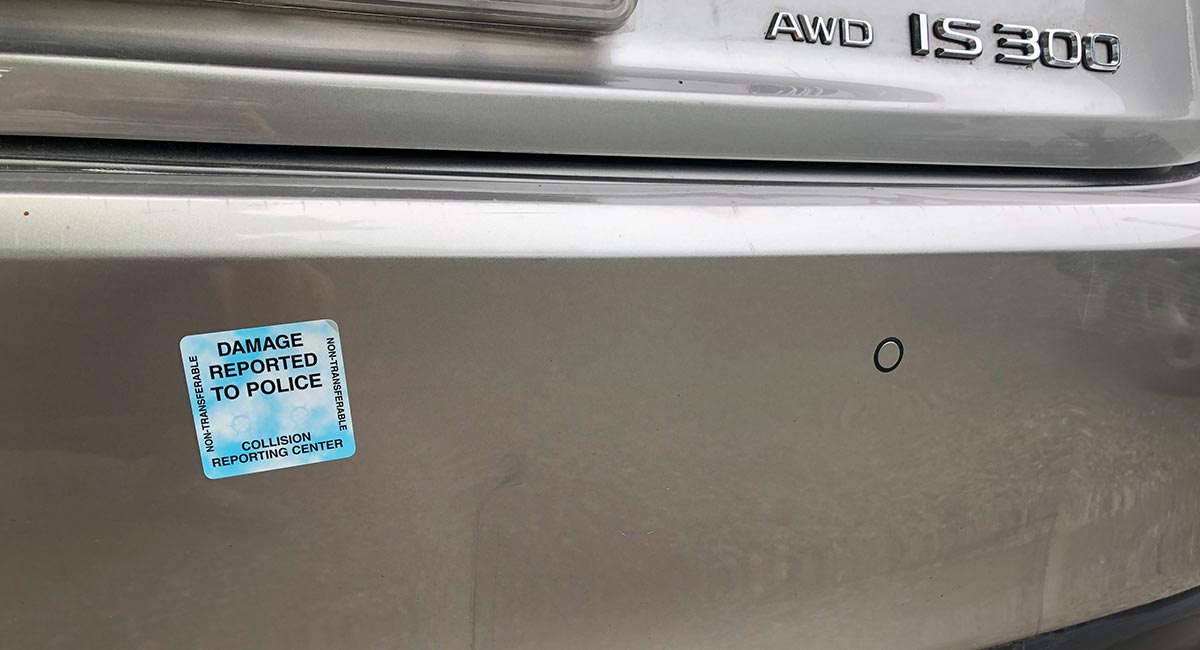 A couple months back, I was involved in my first-ever accident when my Lexus IS 300 was rear-ended on a highway in Toronto. I’ve already gone over the specifics of the actual event, and now it’s time to talk about the repair.
The first surprise after my accident happened shortly after, when I brought the car to the local Lexus-certified collision center for an estimate.
From the outside, the damage appeared minimal — just some denting on the rear bumper. But taking the cover off, the appraiser found that the entire steel impact bar had pushed into the rear panel and broken both of the crumple zone clips. The car was no longer safe to drive, the protection gone if another accident occurred. 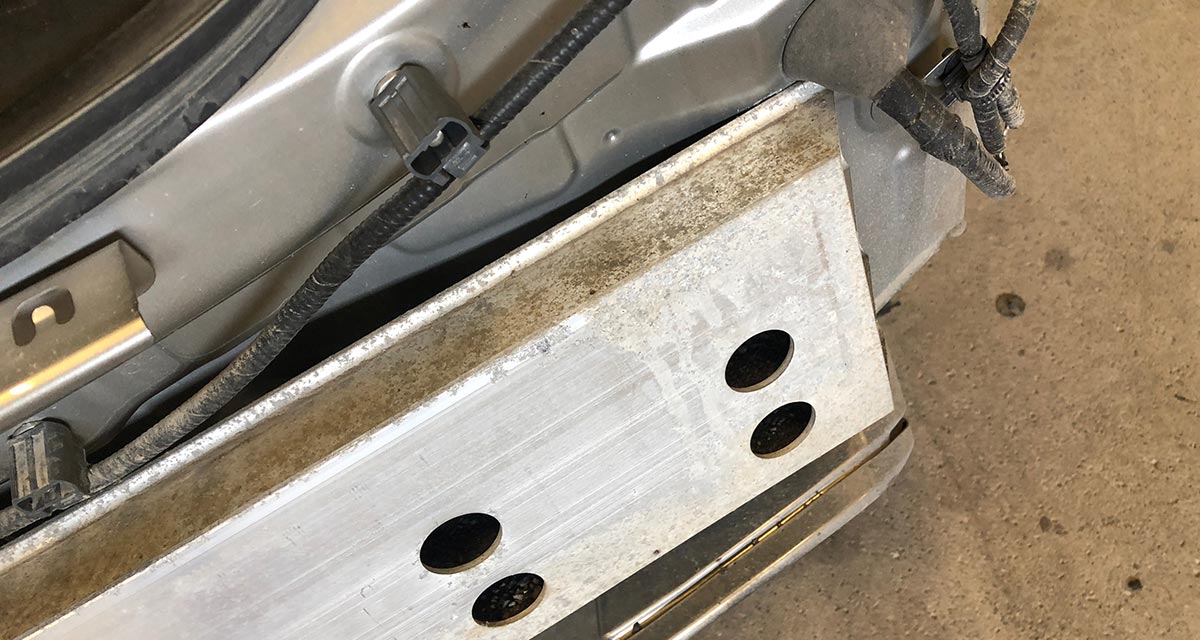 A big congratulations! I love the color. Why doesn't North America get the triple LED headlights? Enjoy your IS and happy driving...

Congratulations Kevin! I think you made a great choice ... because more than I ever thought I would ... I absolutely love my IS 300 AWD too! It is a perfect balance of luxury and sport. Even my friends who normally don't notice cars are "wowed" by it!

Congrats on the new car! An excellent choice, and I just love that colour.

Congrats ! Atomic silver/black would be my choice too.

Congrats! Got my 2015 IS350 F Sport in the same colour combination and the novelty never wears off, instead it gets even better over time. Happy mileage

Congrats Kevin! Atomic Silver is one of the best colors available

Congrats, Kevin! Having just looked it up on the configurator, I'm on your side regarding the classic luxury look of the Flaxen interior, but you can't fight the wife *and* the dealership

Ian Schmidt said:
Congrats, Kevin! Having just looked it up on the configurator, I'm on your side regarding the classic luxury look of the Flaxen interior, but you can't fight the wife *and* the dealership
Click to expand...

I second this. Congrats on the new ride!

Congrats !
Any Lexus is in Atomic silver/black looks always good ! It's the 'house color'.
I wonder how you will experience this IS compared to the CT, I'll follow your blog

ThePenguin said:
Congrats Kevin! Atomic Silver is one of the best colors available
Click to expand...

GSCT said:
“One of”? IMO atomic silver is THE BEST COLOR EVER!
Click to expand...

I love Atomic Silver, but my personal GOAT is Ultrasonic Blue Mica 2.0. It's F-Sport only on the IS though.
Y

Nice car. But in the F-Sports defense, the IS f-sport is nothing like the CT f-sports slightly go-cartlike feel. It is definitely a lot more sophisticated in terms of the firmness of the ride IMO.
Last edited by a moderator: Nov 6, 2017

Yngve Disington said:
Nice car. But in the F-Sports defense, the IS f-sport is nothing like the CT f-sports slightly go-cartlike feel. It is definitely a lot more sophisticated in terms of the firmness of the ride IMO.
Click to expand...

Definitely agree that the IS F SPORT is miles ahead of the CT F SPORT in refinement, but I wanted as compliant a ride as possible.

The other thing I left out of my decision to get the standard IS -- I actually prefer the design over the F SPORT.

Congratulations. I concur wth the positive comments on the Atomic Silver.


Also agree with your comment on as compliant a ride as possible, by IS standards. Few things in the automotive world, IMO, are as annoying as getting pounded over bumps.....which is becoming chronic with today's obsession with big wheels and rubber-band tires. 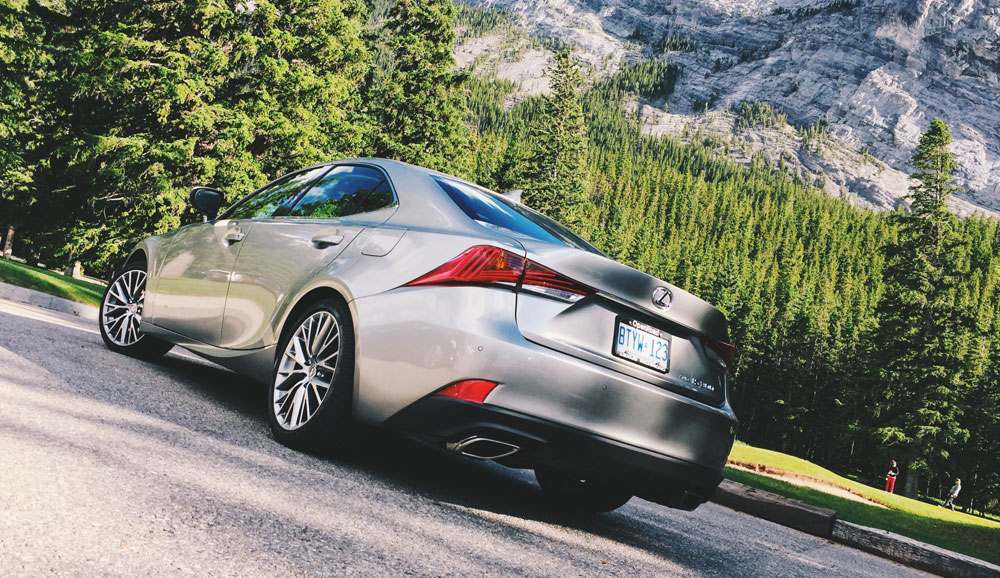 I have the same, but IS300H MY2017 in Sonic Titanium (European name for Atomic Silver) with all package.
Before I had the both an IS250 and after the first series of IS300H

Just a question: how do you feel going back to petrol engine from an hybrid?

What’s your opinion about the worldwide movement towards electric, hybrids, and the idea of Lexus to move to all full electric and hybrids by the 2020/2025?

Congratulations Kevin. Atomic silver is the best color. It brings out line/angle design compare to other colors.
Last edited by a moderator: Feb 2, 2018
E

I really love Lexus but I won't buy another one until they update the infotainment system... It's really inconvenient and more of a distraction than it's worth. I keep an Android tablet in my IS for that reason.
You must log in or register to reply here.
Share:
Reddit Pinterest Tumblr WhatsApp Email Link
Top