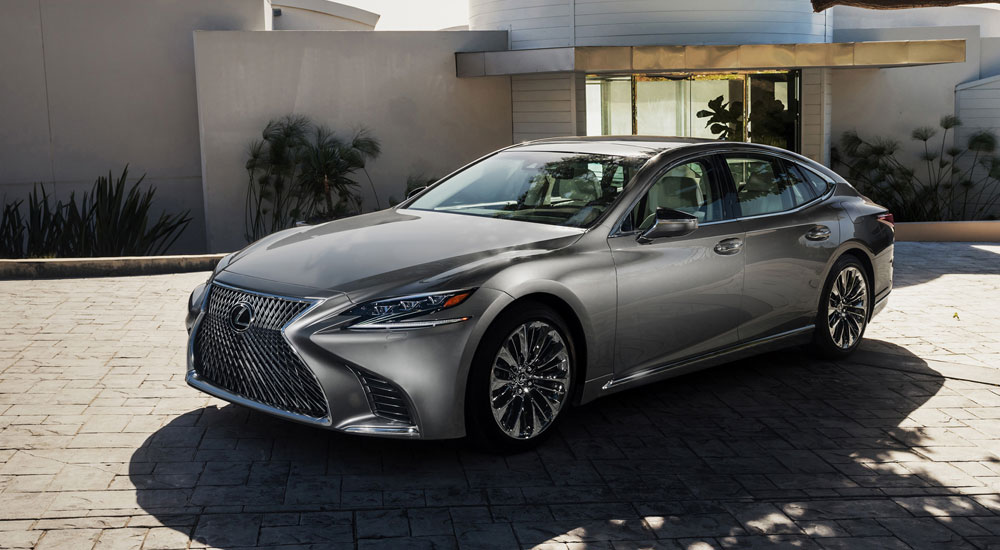 The next-generation Lexus flagship sedan is here.
Click to expand...

Here is the link to Lexus press release


Joaquin Ruhi said:
Also worth checking out is the release on the Toyota Global Newsroom:

There are some differences versus the Lexus USA Newsroom release, including this passage missing from the American version:
Click to expand...

Not sure how I feel bout the design. It looks good but it doesn't blow me away like the LC. Front end kinda reminds me of the ES. Can't wait to see more of the interior however its very impressive.

Aside from design, that TTV6 pumping 415hp is the best part of the car and I can't wait to see smaller and lighter applications of this motor! 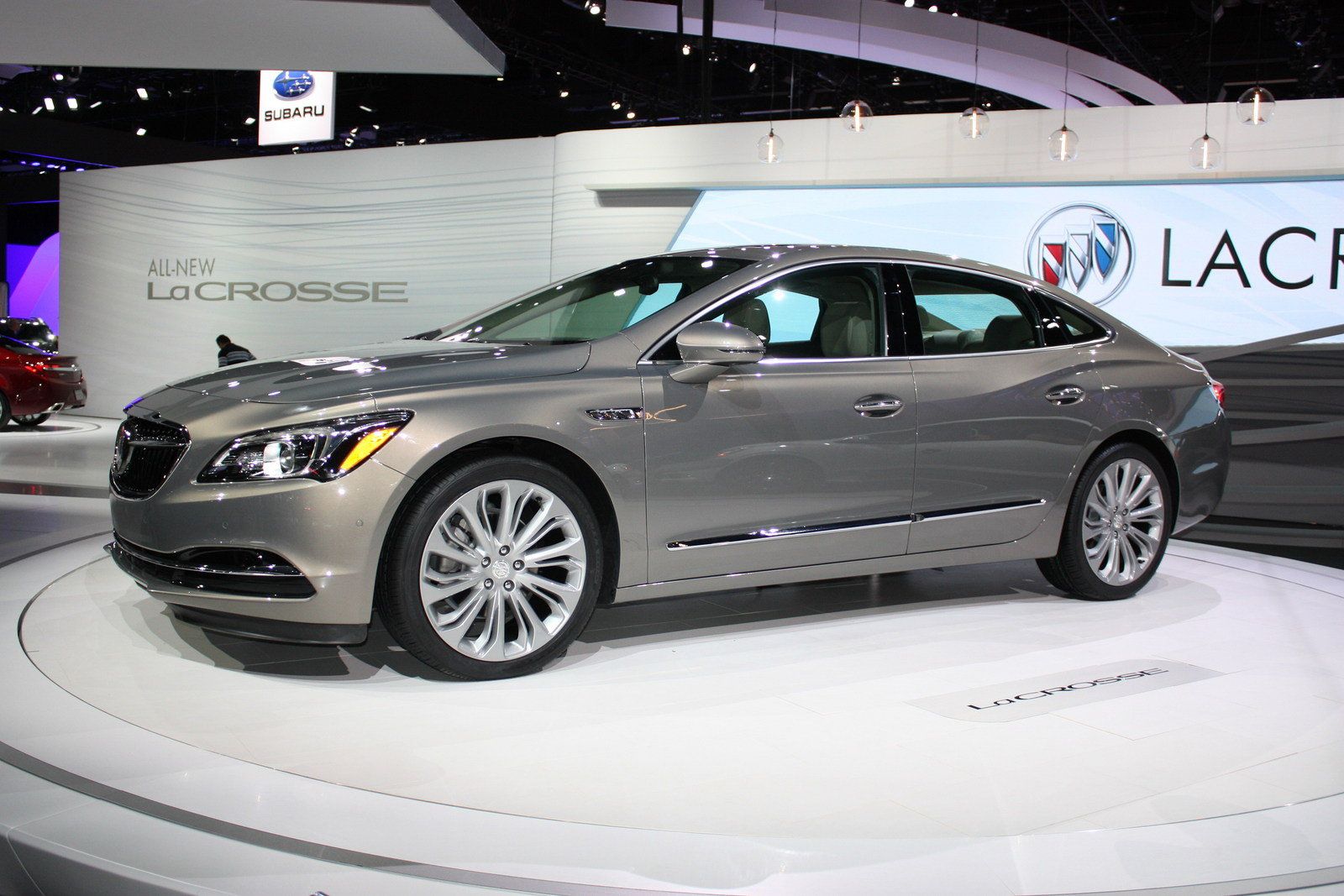 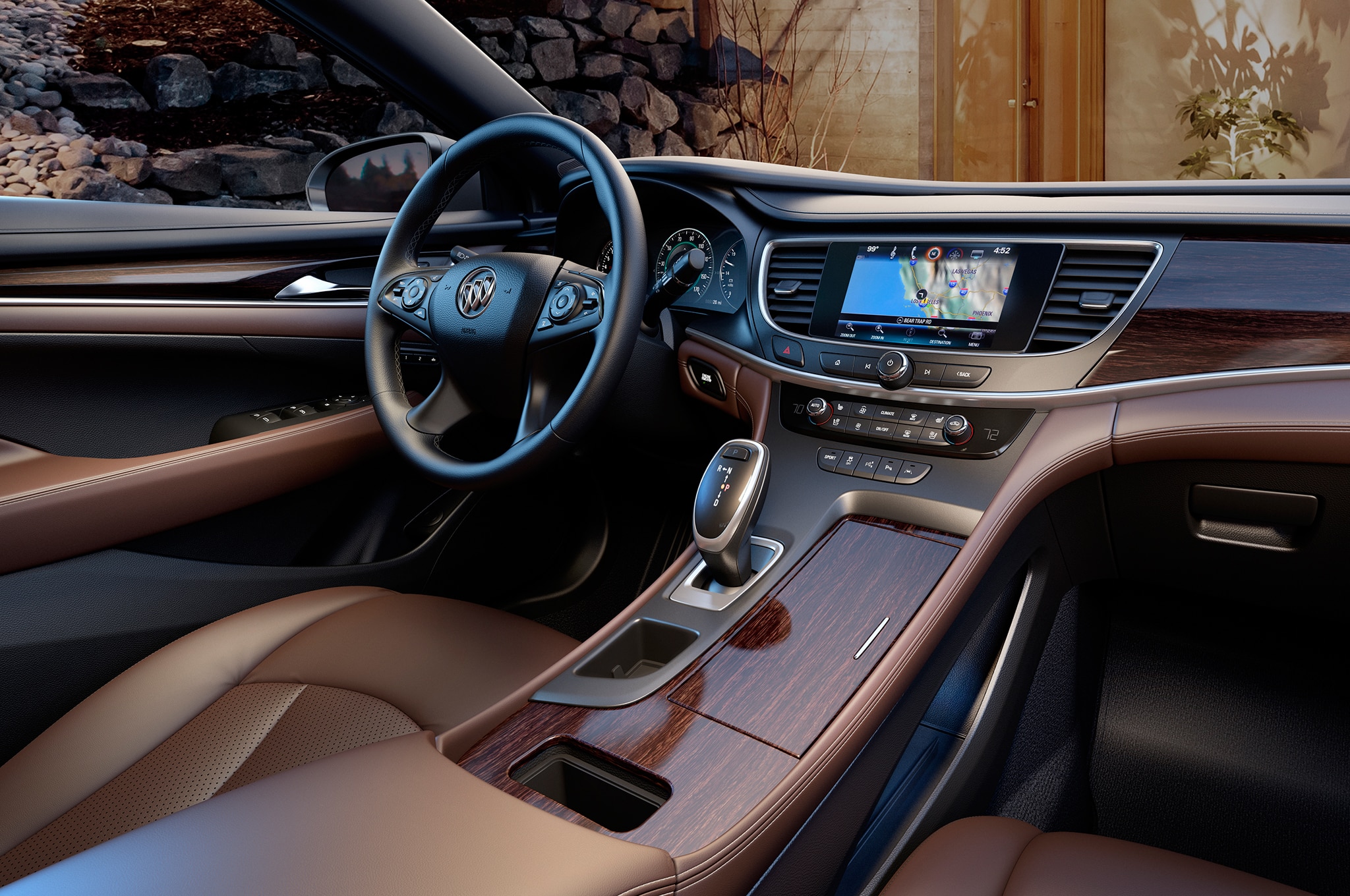 And the Buick has a MUCH nicer interior! It doesn't try too hard to be different, or stylish, just for the sake of doing it. Understated elegance.

I had VERY high expectations, and a turbo-six, no V8, and an unfocused styling approach was not what I wanted.
Lexus didn't not make a car that I want. This is not flagship style. This is a swing and a miss.
It's not the Mercedes SL, but this is an issue, a situation. They had a chance to really catch the Germans flat-footed in design, and they missed.

And what's up with the infotainment? The Mercedes brand is shaming Lexus. This is non-competitive in interior graphics and electronics. Hard to believe they had 8 years to plan for this and this is all they've come up with.
BD

I Love it! There were a plenty of "worlds firsts". Look at the new 24 inch HUD, the new Safety Systems and a gorgeous interior. I'm exciting to see the new LS in different colors and an Hybrid version of it.

I see a fusion of XJ and Tesla Model S in the overall shape and stance.

Maybach inspiration in the swooping dash and interior elements.

I see a fusion of XJ and Tesla Model S in the overall shape and stance.

Maybach inspiration in the swooping dash and interior elements.

I think the XJ is what they were TRYING to do, but they failed.
BD
4

This is a really nice ES350L F-Sport

I had very high expectations, and after years of waiting, so far they have not been met.

- No President Toyoda for the unveiling?
- Exterior looks good, but not great. IMO they could have done better with the rear end styling.
- V6 twin turbo as rumored with 10 speed AT. Good numbers on paper, but what about any other engine offerings? No more V8 then?
- electric wastegates on the new engine, awesome
- 28 way power driver's seat, that is excellent and world class
- ceiling speakers for the top end ML audio system, also world class
- world's largest HUD, nice
- dynamic navigation that updates maps in real time, sounds great on paper
- world's first active braking and pedestrian avoidance system with active steering, world class
- interior is still too early to judge overall. Very few details and pics released. Overall not a huge fan of the interior style, but will wait for more pictures and information before judging
- stitching on the inside of the instrument cluster, world class
- smart-key operated air suspension and seat bolstering adjustments when entering the car, a cool new feature

Overall some nice improvements and advancements, but IMHO, not enough for me to say "wow this exceeds the S Class" or "WOW this is the class leader now".

“As such, this global pinnacle must go far beyond what the world expects from a luxury car.”

“We set previously unheard of targets and resolutely pushed ahead towards these ambitious goals,” said LS chief engineer, Asahi
Click to expand...

I thought that perhaps my expectations were a tad too high, but then again it has been an 11 year wait for the new generation. Also with those above statements from the chief engineer, well that certainly raises expectations very high.

Excelent job from Lexus. The only two things I am little bit dissapointed are the back which reminds me Hyundai Genesis and the interior quite like a Mercedes S-class. These two things could be more original. Nevertheless, I am sure that it will be better in every aspect than new Audi A8.

As to the new LS, I like the low hood line and the front in general, but it goes downhill for me as you move back. The rear half of the car to me is an Infiniti Q70 (greenhouse/D-pillar) and Kia Optima (long side marker taillights) mashup that doesn't work particularly well.

After 11 years I had high expectations. I was elated upon the reveal of the concept. And now, I regret to say I feel somewhat underwhelmed. As in most cases, pictures cannot convey the "presence" this car will likely exude.

The interior definitely rewards further study. I love how clean and modern looking it is, and the little details that start to pop out as you look at it more (like the camouflaged vents) are great.

Also, using the air suspension to raise the car for entry/exit is genius and potentially blunts one of the advantages of a CUV.

mikeavelli said:
Here is the link to Lexus press release

Also worth checking out is the release on the Toyota Global Newsroom:

There are some differences versus the Lexus USA Newsroom release, including this passage missing from the American version:

The New Colors of Progress
The all-new Lexus LS upholds yet another brand tradition, that of innovative paint finishes and techniques. Designers developed two new colors specifically to showcase the bodylines (availability will vary by market). Manganese Luster adds a highly reflective layer of paint on a base coat with muted brightness as a way of highlighting the shine and expressing a dramatic play of bright and dark, light and shadow. Sonic Agate is a passionate red, but with a deep, rich tone that also expresses dignity and prestige.

Black Dynamite said:
I think the XJ is what they were TRYING to do, but they failed.
BD
Click to expand...

I see what you mean about the resemblance to the Lacrosse, from the front 1/4 view looking at the rear. In fact, it also popped in my head even before your post and so did the Altima to some degree (belt line crease, front fender curve, etc) if we really want to start tearing it apart, but nowadays, which 3-box cars don't have some resemblance or styling cues to one another? However, with this said, I do wish the styling was less "bloaty" from the front 1/4 view at the rear and more edgy like the LF-FC.

Rear styling aside, in this segment, I feel the LS so far has not disappointed at least on paper. I especially have high hopes for a best-in-class luxurious yet sporty ride, and that INTERIOR!!! Nothing I've seen mass-produced is as stunning. Dying to see the 24" HUD. The future is here!

This is my favorite angle thus far

Maybe my expectations were too higher because of the awesome LC 500.
Maybe my expectations were too high because Lexus had a decade to get this LS right.
I'm sure it will drive nice and be reliable. But that is not nearly enough to be competitive in this market. Styling is so key here (just look at the picture of the Tesla above) and there is not much of it in this new LS. I think BD comment above hit the nail on the head.
As a Lexus fan I feel let down. I have had two LS's and I'm not even remotely interested in this current offering.
:-(

Going to try to consolidate all the links from news outlets....I'll edit this post

Here is a picture that gives us a little hint of the new infotainment design. I haven't seen the infotainment on the new LC yet and i don't know if its different from it or not. But in my opinion it looks not to bad at all. Hopefully we have not to wait too long for more information.

At the moment it's too early to judge the car.

I think it looks great especially the interior and with the V6 turbo thank god it's faster than the old LS. Any guess how much slower AWD is? I know with the current LS it's a large gap. Lastly, I know a lot are expecting it to destroy everything like the LC did but the LC is a coupe. Much easier to make it look sexy and unique. The LS is a very large sedan and harder to truly be unique. The LS is much better than the old one and should stay that way for years to come. We have a fuel cell and an F hopefully coming soon!
You must log in or register to reply here.
Share:
Reddit Pinterest Tumblr WhatsApp Email Link
Top